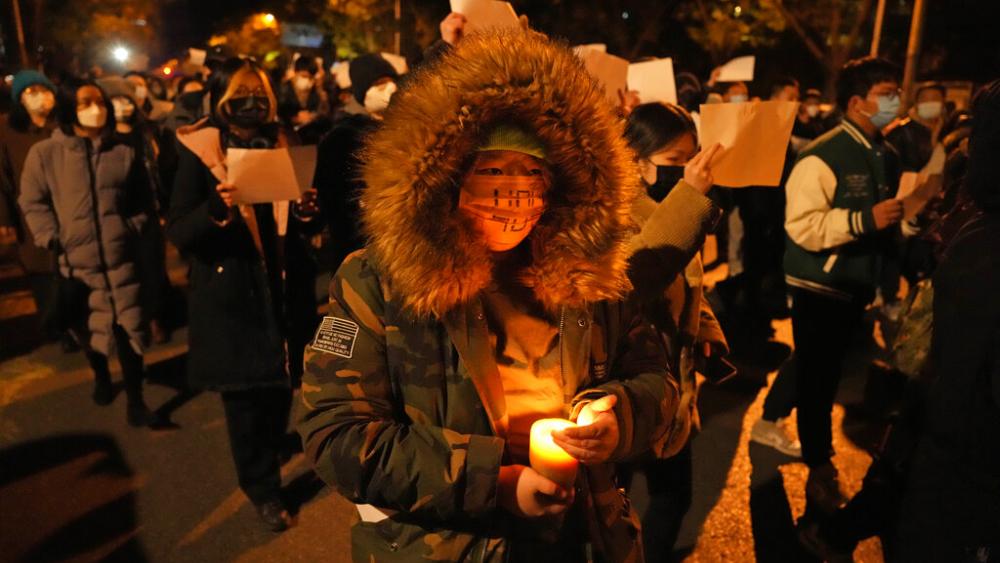 The Chinese Communist Party has eased up its zero-COVID policy, but the regime is also using the power of surveillance technology to squash dissent.

While Beijing has relieved some of the pressure that's driving the nationwide protest movement in China, its surveillance state continues gathering information on those who stood up to the government's lockdown. This week's protests are being called the biggest wave of civil disobedience since the 1989 Tiananmen Square protests.

"And I can't underscore this enough, how much bravery it takes for Chinese people to take to the streets," said Olivia Enos with Committee for Freedom in Hong Kong Foundation.

Wednesday, the government announced it's easing some COVID-19 restrictions – where traffic and indoor dining resumed, and shopping malls reopened. Some analysts believe the CCP wanted to relieve pressure building from protests before they spun out of control. During the protests, however, the surveillance state was keeping a close eye on potential dissidents.

"The Chinese Communist Party is notorious for using technology to expedite its undermining its freedom and human rights in China," Enos said. "One particular application would mark activities as suspicious, that are as innocuous as exiting out your back door rather than your front door. Those types of suspicions could be grounds for being sent to these political reeducation camps."

Patrick Cronin at the Hudson Institute says the Chinese government seeks to identify the protestors – even as video of demonstrations spread throughout the country and the world.

"The gathering of information continues by Beijing," Cronin said. "The leaking of Telegram, Instagram, and WeChat videos are spreading and information is permeating China. I think this is why it's a threat to the CCP."

The protests come at the same time as the death of former Chinese President Jiang Zemin, who led the country out of isolation after Tiananmen Square and supported economic reforms that led to a decade of explosive growth.

"Any praise of Jiang Zemin is a threat to Xi Jinping, who is just out of the party of congress who gathered all titles and all power," said Cronin. "They'll have the flags fly at half-staff at Embassy and government buildings until a funeral. Then they'll try and tramp down any praise of him, less it does something to Xi Jinping."

China's communist government has long prepared for protests by building up its security forces. Now the government is even stronger, thanks to the growing power of its surveillance and censorship technology.