'I May Move Troops in Nearer Term': Biden Warns Russia Not to Invade Ukraine 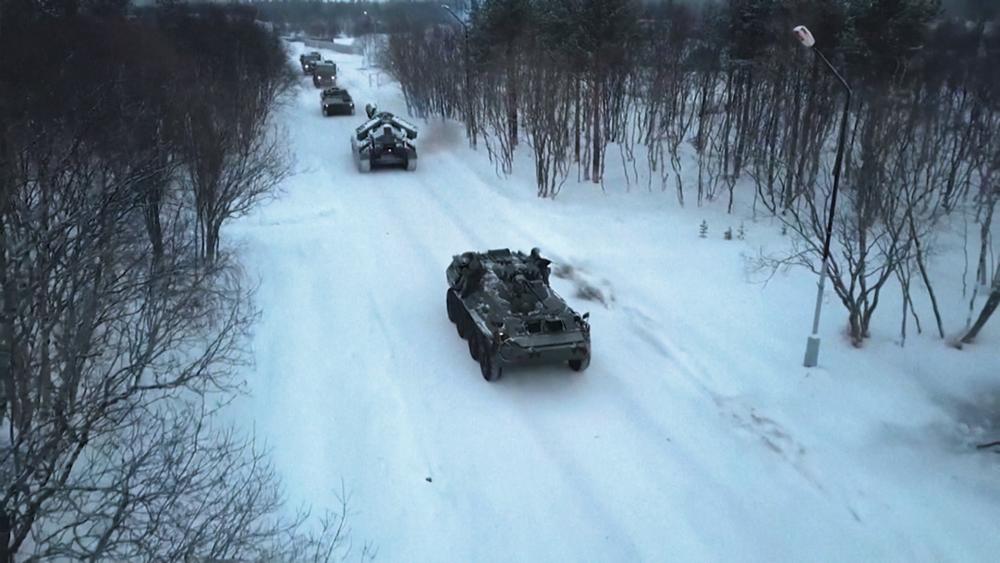 President Biden is upping the ante in hopes of deterring a Russian invasion of Ukraine – he's considering putting personal sanctions on Russia's aggressive ruler Vladimir Putin. He's also suggesting that U.S. troops might be on their way to Europe sooner rather than later.

NATO allies France and Germany are also meeting in Paris on Wednesday in the hopes of brokering a diplomatic solution to avert a Russian invasion of Ukraine.

"If he were to move in with all those forces, it would be the largest invasion since World War II. It would change the world," President Biden said Tuesday.

With 100,000 Russian troops along Ukraine's border, French President Macron will talk personally with Russia's Vladimir Putin by phone in an attempt to rein in the crisis.

The high-level meeting comes as the U.S. continues to send military aid to Ukraine, including anti-tank and bunker-busting missiles.

The Acting U.S. Ambassador to Ukraine Kristina Kvien confirmed that support. "Ukrainians are ready and capable of defending their country, and we will be there to help them," said Kvien.

Biden also warned that the movement of 8,500 U.S. troops on standby could come sooner rather than later.

"Well, it depends, what will lead to that is what's going to happen, what Putin does or doesn't do, and I may be moving some of those troops in the nearer term, just because it takes time," the president said Tuesday.

Biden is also considering personal sanctions on Russian President Putin if his country invades Ukraine, on top of other severe economic and trade sanctions.

On CBN's Faith Nation Michael O'Hanlon of the Brookings Institution said it's not clear what actions the U.S. can take against Putin.

"I'm not sure what President Biden is alluding to," O'Hanlon said. "I think he'd be better off talking about how we could develop a plan to wean Western Europe off of Russian energy and accelerate that transition as a response to any major aggression. I think that would be a more credible kind of threat."

Meanwhile, the U.S. is making plans to keep Europe supplied with natural gas if Russia turns off its pipelines. President Biden is meeting with Qatar's leaders early next week to discuss sending some of their gas reserves to Europe.

Russia is attempting to force the U.S. and NATO not to admit Ukraine and other ex-Soviet countries as members and that the NATO alliance, demanding that troop deployments be withdrawn from other former Soviet countries.

Ukraine's leaders are trying to calm the frenzy of fear that's been developing, saying an invasion from Russia is not imminent. President Volodymyr Zelenskyy urged Ukrainians not to panic saying, "We are strong enough to keep everything under control and derail any attempts at destabilization.”