Putin’s Efforts to Bolster Ties With Iran Seen as Threat to U.S. and Israel 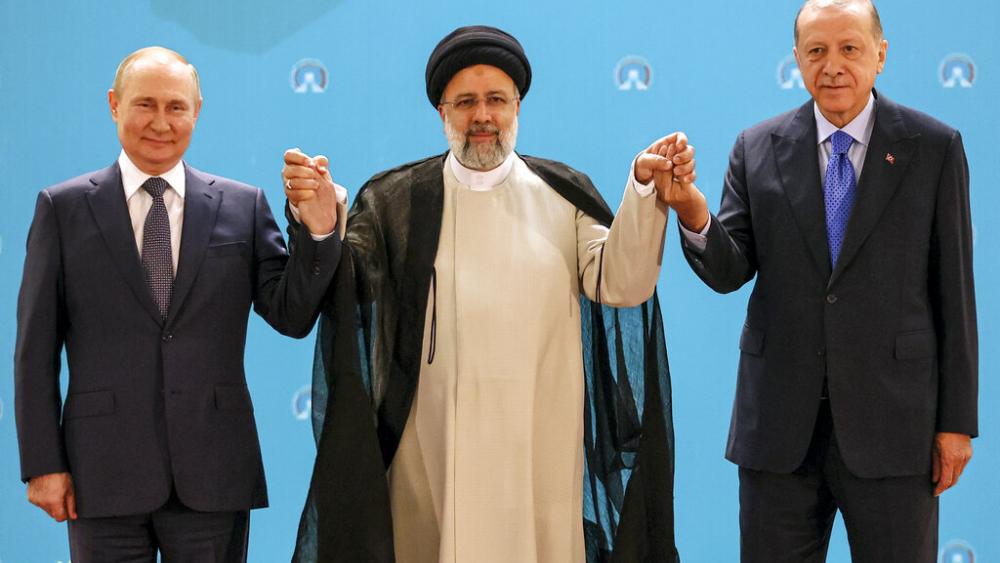 JERUSALEM, Israel – The leaders of Iran, Turkey, and Russia met in Tehran on Tuesday for a summit that is seen as a threat to the United States and a danger to Israel.

One major issue of the trilateral summit between the presidents of Russia, Iran and Turkey was how to divide their spheres of influence inside Syria. The three countries support opposing sides in the Syrian conflict, with Iran and Russia backing Syrian President Bashar al-Assad, and Turkey supporting anti-Assad rebels.

The summit ended with the leaders agreeing to continue their ongoing cooperation to “eliminate terrorists” in Syria despite supporting different sides.

“In general, the joint work of Russia, Iran, and Turkey contributing to the comprehensive settlement of the crisis in Syria is highly effective,” said Putin.

Iranian President Ibrahim Raisi called for a removal of all U.S. troops east of the Euphrates River and an end to Israeli airstrikes against Iranian-backed targets inside Syria.

“In this summit, it was emphasized that strikes by the Zionist regime against Syria should be condemned and those attacks must stop as soon as possible,” said Raisi.

Analysts are concerned the Russians will move to stop Israel’s routine airstrikes in Syria.

“What might transpire out of this conference is that the Russians will decide to limit the freedom of action of the Israeli air force in Syria as a result of [them] getting closer to the Iranians,” said Efraim Inbar, president of the Jerusalem Institute for Strategy and Security think tank.

This decision could represent a threat to Israel since it needs freedom of action inside Syria to stop Iran’s further military buildup on its northern border and the flow of arms to its proxies like Hezbollah inside Lebanon. Israel has historically had good relations with Russia, but the invasion of Ukraine has strained relations between Jerusalem and Moscow.

Moscow demanded earlier this month that Israel stop its “categorically unacceptable” airstrike campaign against Iranian-backed targets in Syria, signaling a further breakdown of ties between Jerusalem and the Kremlin.

Many Middle East observers see the summit between these three major anti-American powers as a signal to the United States.

“It sends a clear signal that Russia, a strong power and two other Middle Eastern powers such as Turkey and Iran—those are the most populous states in the region—are working together. Obviously, they may cooperate against American interests,” said Inbar.

Russia’s isolation on the international stage in the face of Western opposition has increased its desire for partnership with Iran, which has also been the target of U.S. sanctions. Likewise, Iran is more open to talks with the Kremlin amid reports of an emerging U.S.-backed Arab-Israeli alliance that could tip the balance of power in the Middle East away from Iran.

“Considering the evolving geopolitical ties after the Ukraine war, the establishment tries to secure Moscow’s support in Tehran’s confrontation with Washington and its regional allies,” an unnamed senior Iranian official told Reuters.

Putin received Iran’s backing for his war in Ukraine on Tuesday, further signaling closer ties between the two nations. Iran's Supreme Leader said the West opposes an “independent and strong" Russia and echoed Putin's own words when he claimed that NATO would have started a war if Moscow hadn’t invaded Ukraine.

The White House believes the growing relationship between Iran and Russia is already beginning to bear fruit. U.S. National Security Adviser Jake Sullivan said last week that Iran is preparing to send hundreds of unmanned aerial vehicles—including armed drones—to Russia for use in its war against Ukraine.

CNN reported a Russian delegation visited an airfield in central Iran at least twice in the last month to examine weapons-capable drones. Iran has denied the U.S. claims.

Putin’s visit to Iran came just days after U.S. President Biden visited Israel and Saudi Arabia to push back on Russian, Chinese and Iranian influence in the region. Critics argue that both the enemies and allies of the U.S. in the region see America as a weak power.

Analysts say the combination of the growing alliance between Russia, Iran and Turkey, America’s weakness in the region, and Iran’s race towards a nuclear bomb put increasing pressure on Israel.

“On this issue, it’s clear time is not on Israel’s side. The Iranians are progressing quite quickly on a bomb. They have the missiles to carry. They have probably to overcome the hurdle of weaponization and this makes Israel’s actions quite urgent,” said Inbar.

Iran hopes that with Russia’s support, it could pressure the U.S. to make concessions for the revival of the 2015 nuclear deal. The accord, signed between Germany, China, Britain, France, Iran, Russia and the United States, lifted most international sanctions on Tehran in exchange for restrictions on its nuclear program.

Critics argue the original deal was poorly negotiated and gave Iran a path to a nuclear weapon by gradually lifting restrictions on its nuclear program. Proponents argue that the deal’s restrictions were actually working to slow Iran’s nuclear capabilities and were better than no deal at all.

The pact collapsed in 2018 when former U.S. President Donald Trump abandoned the accord and reimposed crippling sanctions on Iran. A year later, Iran began violating the limits of the deal and has ramped up its nuclear development in recent months, bringing it closer than ever to a nuclear bomb.

Biden wants to revive the deal, but indirect talks between Washington and Tehran stalled in March.

Caught in the middle is Israel, which sees Iran as a direct threat to its very existence. Israel opposes the Iranian nuclear deal and says it has plans to attack Iran if needed. 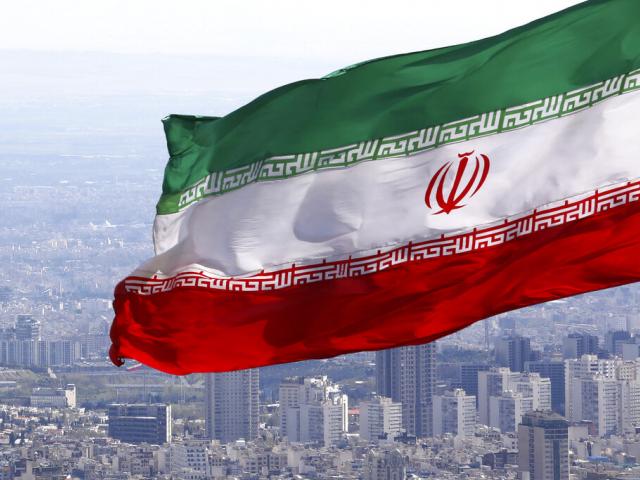 IDF Chief: Attacking Iran to Stop its Nuclear Program is ‘At the Center’ of Israel’s Plans
CBN News Email Updates