'No Farmers, No Food': Dutch Farmers Face the Fight of Their Lives as Climate Mandates Threaten Farms 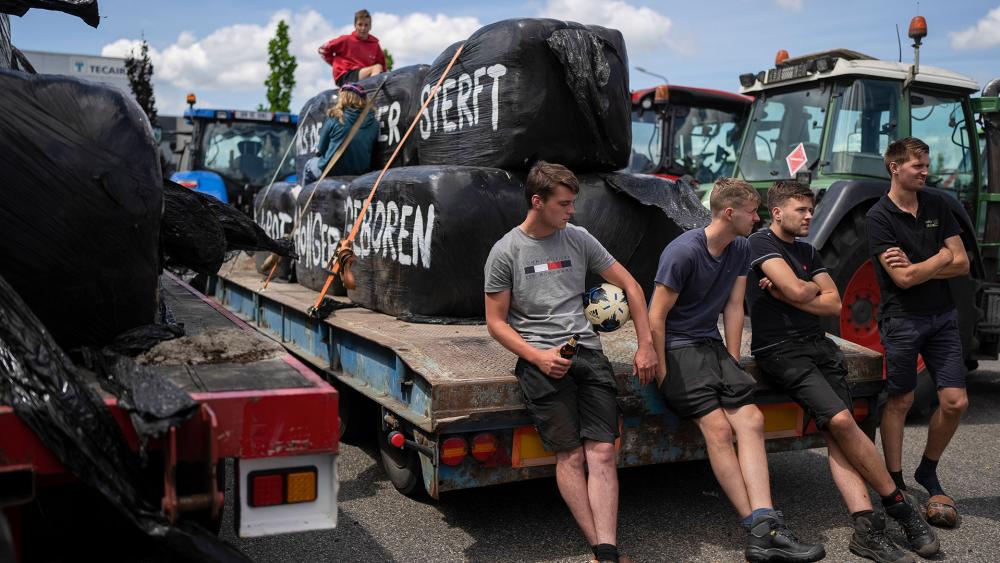 Protesting farmers talk at a blockade outside a distribution center for supermarket chain Aldi in the town of Drachten, northern Netherlands, Monday, July 4, 2022. (AP Photo/Peter Dejong, File)
6309533621112
'No Farmers, No Food': Dutch Farmers Face the Fight of Their Lives as Climate Mandates Threaten Farms

Farmers in the Netherlands are facing the fight of their lives as their livelihoods hang in the balance over government climate control mandates, and it appears there's no end in sight to their protests.

The farmers are finding all sorts of ways to voice their outrage, holding huge rallies and blocking traffic with their farming equipment and materials.

You’ll never see this photo of Dutch farmers on your television.

Klaus knows if images like this ever make it to the mainstream media, it will motivate and inspire the whole world, and the Globalists will be done.#DutchFarmersProtest

Some even gathered hundreds of tractors to spell out, "No Farmers, No Food."

Wow! Dutch farmers in Moerdijk with 400 tractors positioned on the lawn to make the inscription visible from above: "No farmers, no food! Help!" pic.twitter.com/30mK8FgXTu

Dutch officials insist they must abide by European rules, while the farmers say restrictions on the use of nitrogen will put them out of business.

Appearing on this week's episode of The Global Lane, former U.S. ambassador to the Netherlands Peter Hoekstra says the E.U. mandates could lead to brownouts, and home heating oil and food shortages.