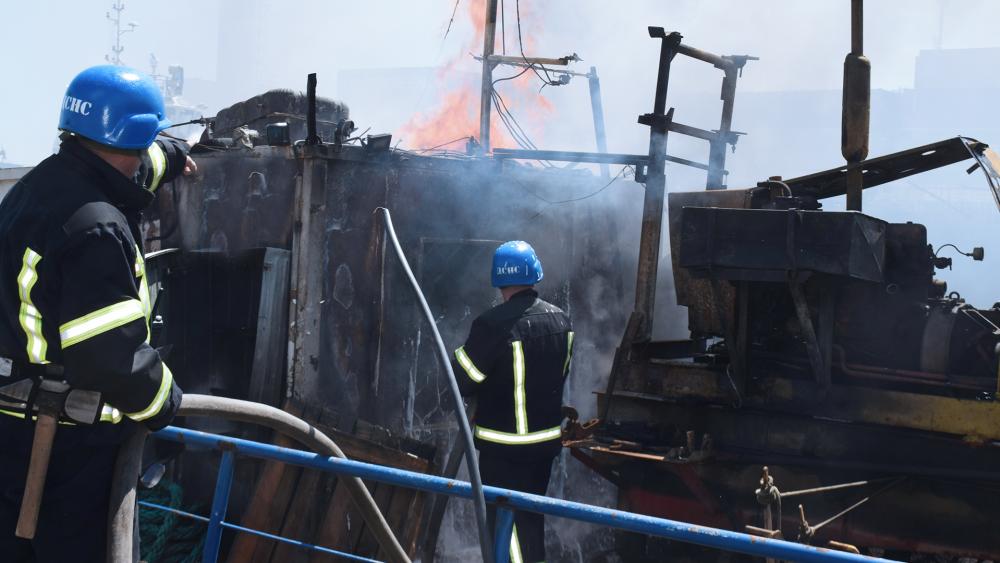 The U.S. is accusing Vladimir Putin of using food as a weapon after his forces attacked a key port that's used to ship desperately needed grain to the world.

There was worldwide condemnation of the Russian missile strikes on the Black Sea port of Odesa just one day after Russia signed a U.N.-brokered agreement to allow grain ships to begin leaving.

Russia first denied it hit the port, then admitted it did, claiming it hit military targets.

"(Is the Kremlin) really willing to 'de-block' the blockade (on) the Ukrainian seaports to let us, Ukraine, export more than 20 million tons of grain?" he asked.

The attacks not only cast doubt on the agreement between Russia and Ukraine but further threaten grain exports and global food supply at a time when the world urgently needs Ukrainian wheat.

It's harvest time in Ukraine and farmers have so far been unable to export their grain through the port of Odesa.

Ukraine produces enough grain yearly to feed 400 million people, but last year's harvest is still stuck in silos and there are fears that if it's not shipped out soon, this year's crop will be ruined because there's no place to store it.

U.S. Ambassador to Ukraine Bridget Brink in a tweet called the Russian attack outrageous and said "the Kremlin continues to weaponize food."

Outrageous. Russia strikes the port city of Odesa less than 24 hours after signing an agreement to allow shipments of agricultural exports. The Kremlin continues to weaponize food. Russia must be held to account.

The U.N. says over 800 million people were affected by hunger in some way last year.  And David Beasley of the World Food Program says this year an estimated 285 million people face starvation.

In East Africa, millions of lives are at risk.  CBN's Efrem Graham traveled to the region to see World Vision aid distributed to needy people.

He told Christian World News, "I've never seen people in such dire and desperate straits to literally have not eaten for days to be reliant on a food distribution system to get food. But at the same time...those people who receive are greeted by people who didn't receive and they then cook and not only feed their families but share."

CBN's Operation Blessing is also providing food for those in need as a deadly drought takes its toll in Kenya, with families facing starvation because their crops and livestock are dying.

CLICK HERE to provide life-saving food to people in Kenya.