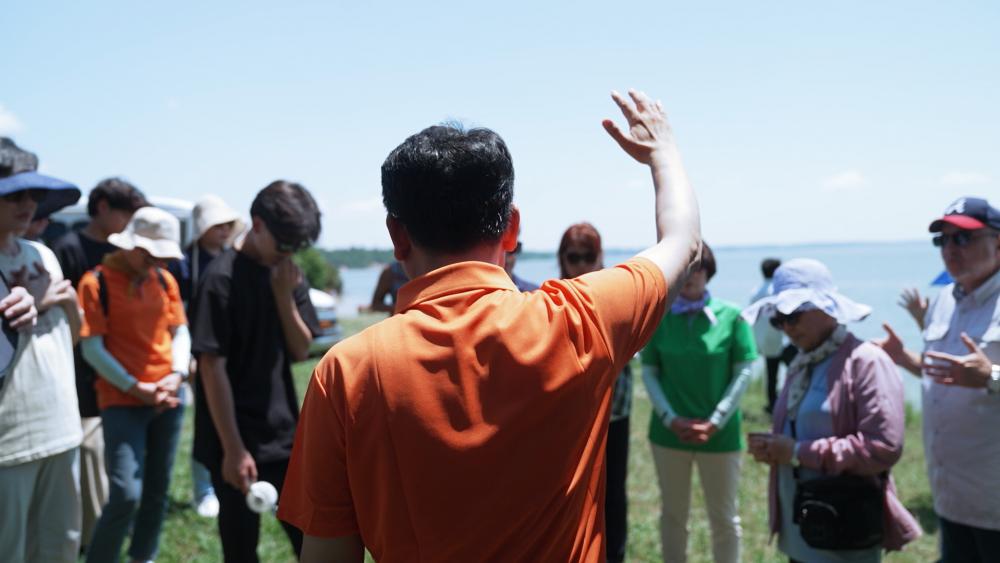 From Bellingham, Washington, to Los Angeles to Bangor, Maine to Miami, 240 South Korean Christians have been blanketing these and 17 other cities this week, praying for healing and for revival to sweep America.

Pastor Jae Choon Choi with Seoul's Kwangmyung Church is among those who traveled from Seoul for the prayer initiative.

"Just as the first missionaries from the United States came to our nation and spread the fire of the gospel we want to bring that fire back to America," Choi told CBN News.

The 21 teams of intercessors arrived in the States this week on the 49th anniversary of Billy Graham's historic 1973 crusade in Seoul which drew more than 3 million people.

During that 5-day crusade, 75,000 people reportedly gave their lives to Christ, leading to a huge Christian revival felt not only in South Korea, but in other parts of Asia in the years since.

"Even though I was small when the crusade happened, I know millions of people's lives were impacted by that event, and eventually led to the explosion of the church movement in South Korea," said Keum Ran Lee, one of the South Korean intercessors.
Now the grandchildren of that revival that touched South Korea have come to our shores to pay back what they say is a spiritual debt to America.

He took them to several important sites this week including Cape Henry where English settlers planted a cross and prophesied that the Gospel would go forth from these shores to all the nations.

The intercessors stood at the foot of the cross praying that God would fulfill this covenant promise in this generation.

On Saturday, all 240 South Korean intercessors will join local congregations in March for Jesus rallies across those 21 cities.