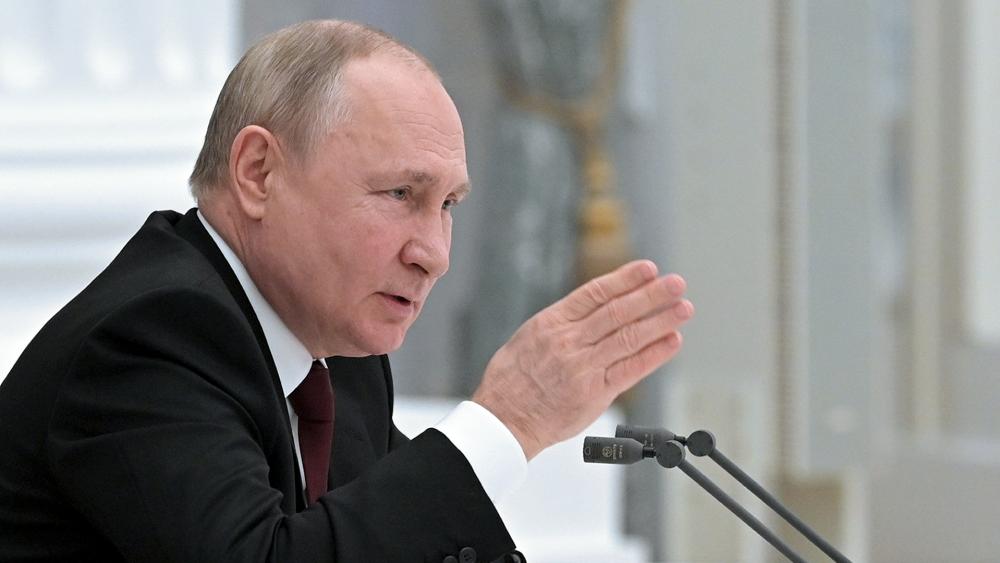 Each year the nation's top intelligence chiefs testify before Congress about major anticipated threats. Usually, the list tends to be more theoretical. This year, however, one has become reality.

"Russia of course...remains a critical priority and is a significant focus right now, in light of President Putin's recent and tragic invasion of Ukraine, which has produced a shock to the geopolitical order with implications for the future we are only beginning to understand," said Director of National Intelligence Avril Haines.

The intelligence community predicts up to 4,000 Russian soldiers have been killed over the last two weeks – a cost of Moscow underestimating Ukraine's resistance.

"I think Putin is angry and frustrated right now. He is likely to double down and try to grind down the Ukrainian military with no regard for civilian casualties," said CIA Director William Burns.

Putin also misjudged the response from the West and NATO.

"While Putin probably anticipated many of the current sanctions to be imposed when he weighed the cost of an invasion, we judge that he did not anticipate either the degree to which the United States and its allies and partners would take steps to undermine his capacity to mitigate Western actions or the pullback from Russia, initiated by non-state actors in the private sector," Director Haines told lawmakers.

She called Putin's announcement of a heightened nuclear alert, "extremely unusual," while adding that she believes it's more of an attempt to deter Western involvement, than a signal he intends to go nuclear.

"When he says something we should listen very, very carefully and take him at his word," Berrier said.

"There's a lesson to be learned here for the U.S. as we're about to sign a deal with the Iranians, that is going to give them the same power that we're seeing Putin hold over us, and holding us hostage as a nuclear weapons capable country," Cohanim said.

The intelligence chiefs also touched on the potential of a cyberwar stemming from the conflict in Eastern Europe.

"We're very, very focused on ransomware actors that might conduct attacks against our allies or our nation. We're very, very focused on some type of cyber activity that's designed for perhaps Ukraine, that spreads more broadly into other countries. Third is any type of attack that an adversary would conduct on an ally, and finally, certainly our critical infrastructure," said NSA Director Gen. Paul Nakasone.

FBI Director Christopher Wray called on the private sector to immediately reach out if they suspect any type of cyber attack.

"Our field offices are in position where they can have a technically trained agent at the doorstep of any company that is victimized within an hour anywhere in the country. Time is of the essence," he said.

The growing relationship between Russia and China also came up. Director Burns says he believes China is unsettled by what's happening in Ukraine, pointing to the difficulties Russia has run into, the global economic fallout, and even the potential for damage to Beijing's reputation after aligning with Moscow.