'We Need to Be Prepared': Volunteers Work Round the Clock in Lviv to Prep Supplies for Refugees, Ukrainian Army 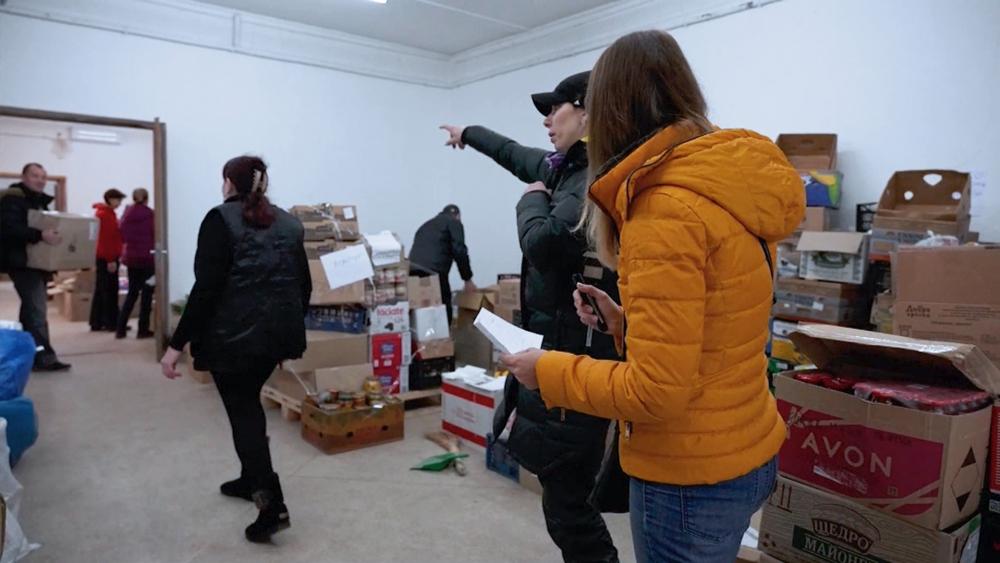 Lviv residents working to stock supplies for refugees.
6299662281001
'We Need to Be Prepared': Volunteers Work Round the Clock in Lviv to Prep Supplies for Refugees, Ukrainian Army

LVIV, Ukraine - It's the sounds and sights of a city that's on a war footing, people carrying supplies, packing toiletries, hauling food and blankets.

"We have food. We have medicines. We have all kinds of different things and we sort them into categories here," said Yarema Onyshkevyeh, a volunteer from Lviv.

At Lviv's historic Art Palace, now a massive aid hub, hundreds of volunteers use every inch of the 32,000 square-foot structure to store critical supplies that fleeing refugees and military personnel might need in the days ahead.

"We are all united and everyone is helping and we are doing everything we can," said Mila Hadzieva, a volunteer coordinator.

In one corner, there's food. In other areas, there are clothes, sleeping bags, blankets, medical supplies, and toiletries. There's one spot that's just for sacks of potatoes.

Lviv has been a safe zone since Russia's invasion. Tens of thousands of people are pouring in by the day and residents are stepping up to help.

"The most awful thing is that we are getting accustomed to it, to the whole situation," Hadzieva told CBN News. "The first days, all these first waves of shocks is like settling down, and now this is the reality and this is just the job we must do, so practically it's normal life for us now."

Yet, there's a sense of urgency here. You feel it. You see it.

On the streets, Ukraine's National Guard is out in force. At sensitive locations, like police stations, hospitals, and government buildings, security has been beefed up.

If the Russians were to move against Lviv, located in the western part of the country, one of their first targets is going to be City Hall. In preparation, authorities have already erected sandbags and have put up concrete barriers.

CBN News filmed as military instructors were teaching civilians how to handle weapons and man checkpoints.

Ruslan Pshenytskiy is doing his part as well, cutting large pieces of metal. "The goal is to erect these steel barriers to stop Russian tanks from advancing on the city," he said.

Taras Maselko works in the public relations department for one of Ukraine's largest breweries, the Pravad Brewing Company. The company has ditched beers for producing petrol bombs to set fire on any invading Russian army. "We need to be prepared and we need to be sure that we can defend our houses and our cities," Maselko said.

Back at the Art Palace, volunteers work around the clock. This is the largest humanitarian center with eight others scattered around the city.

"People are really exhausted. They (volunteers) are coming and they are saying 'Ok, I can stay five hours,' but they are working for 12 hours," Hadzieva noted. 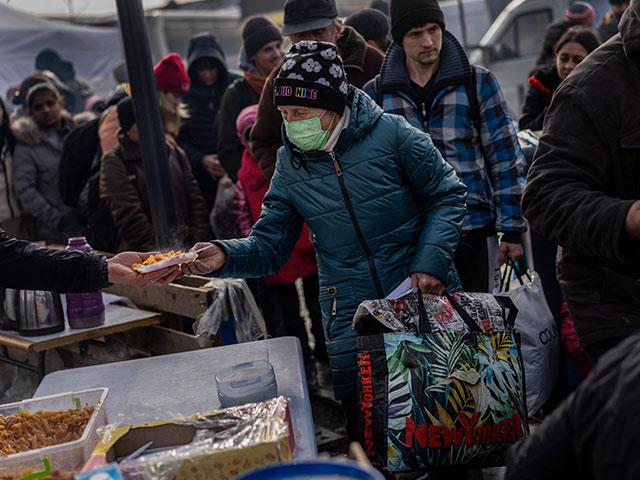