Archaeologists Find Ancient Underground City Where 70,000 Christians Could Have Fled to Escape Persecution 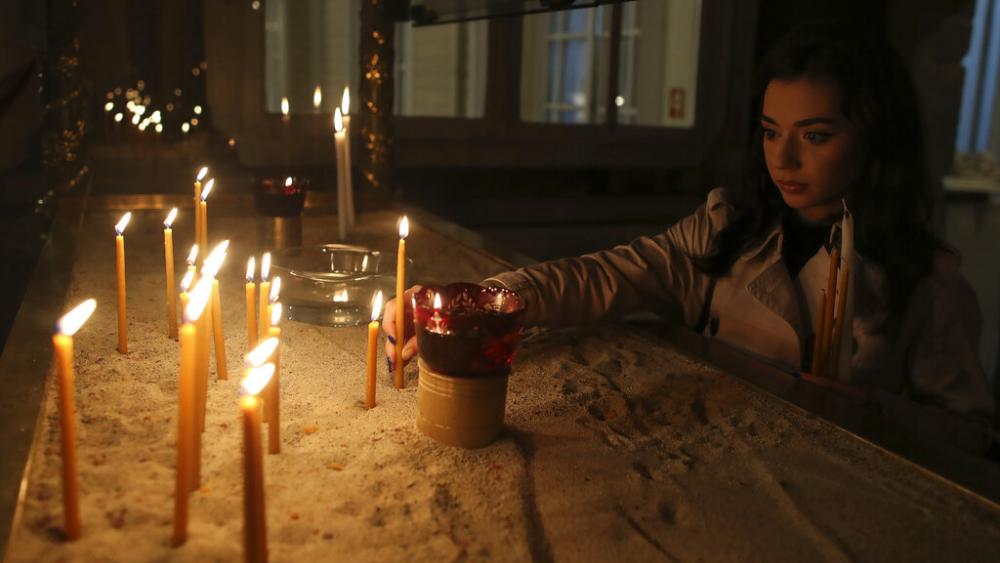 Faithful light candles prior to the Easter Resurrection Service at the Patriarchal Cathedral of St. George in Istanbul, late Saturday, May 1, 2021. (Erdem Sahin/Pool via AP)

JERUSALEM, Israel – Archaeologists have uncovered a large, 2,000-year-old underground city in Turkey that could have been a refuge for early Christians escaping Roman persecution, Live Sciences reports.

Excavators found the ancient complex inside a limestone cave in the Midyat district of Turkey’s Mardin province. The underground city contains storage chambers for food and water, homes, and houses of worship, including a church and what appears to be the remains of an ancient synagogue with a Star of David painted on the wall.

Archaeologists believe the city – officially named “Matiate” – was built sometime in the second or third centuries AD after discovering Roman-era artifacts like coins and lamps inside.

"It was first built as a hiding place or escape area," Gani Tarkan, director of Mardin Museum and head of excavations told Turkey’s state-run Anadolu Agency.

"Christianity was not an official religion in the second century [and] families and groups who accepted Christianity generally took shelter in underground cities to escape the persecution of Rome," Tarkan said. "Possibly, the underground city of Midyat was one of the living spaces built for this purpose."

Ancient geographers wrote that many Christians inhabited the southern region of what is now Turkey, likely to escape persecution.

Lozan Bayar, an archaeologist with Mardin's Office for Protection and Supervision, believes the recently discovered underground city could have been a place where ancient Christians fled to safety.

"In the early period of Christianity, Rome was under the influence of pagans before later recognizing Christianity as an official religion," he told Hürriyet Daily News, a Turkish news site. “Such underground cities provided security to people and they also performed their prayers there. They were also places of escape."

Archaeologists believe they have excavated less than 5% of the underground city. The entire complex could be about 4 million square feet – enough to house between 60,000 to 70,000 people.