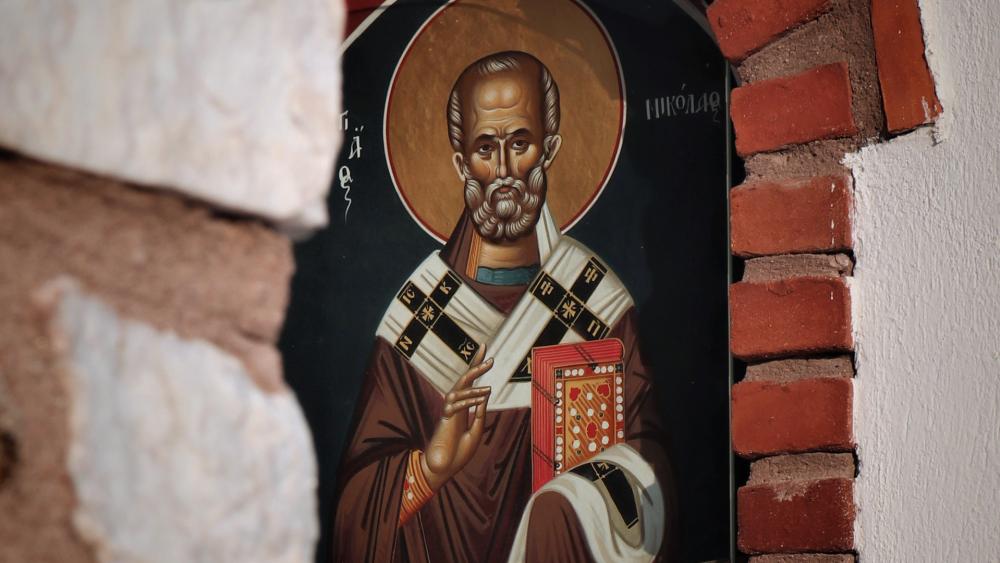 The tomb of the original Saint Nicholas — the man who inspired the Santa Claus of the modern era — has reportedly been discovered underneath an ancient church in Turkey.

More than 1,600 years ago, St. Nicholas was the Bishop of Myra, now Turkey. He was famous for anonymously giving gifts, the act of generosity that informed the immortalized, fictional character celebrated today during the Christmas season.

The Byzantine church where St. Nicholas’ tomb was purportedly found served as a house of worship for Orthodox Christians from the 5th century through the 12th century, according to the Daily Mail. The space is surrounded by statues of St. Nicholas.

The discovery of the church’s very existence is relatively new. It was reportedly only found in 2017.

“The first church was submerged with the rise of the Mediterranean Sea, and some centuries later, a new church was built above,” Osman Eravsar, chief of the cultural heritage preservation board in Antalya, told the Demirören News Agency last week. “Now we have reached the remains of the first church and the floor on which Saint Nicholas stepped.”

“The tiling of the floor of the first church, on which Saint Nicholas walked, has been unearthed,” he added.

According to The Irish Sun, archeologists from Turkey found the tomb roughly five feet under slabs of marble, which served as the floor of the Byzantine church.

One theory as to why the famed saint’s tomb has been so difficult to locate is because it possibly shifted during an earthquake and — as a result — was undiscoverable until modern technology allowed experts to scan for artifacts deep beneath the surface of the ground.

“There is a grave and it seems more magnificent, more special, than the ones in the church,” one researcher told The Sun. “Other priests’ graves were at the corners but this holy one is in the middle.”

The researcher added, “This is a mystery since, although there was an earthquake, these walls look undamaged.”

St. Nicholas — who was known not only for his generosity but for stuffing coins into peoples’ socks — is believed to have been born roughly 270 years after Jesus and lived most of his life in Demre, a district in the Antalya Province on the Mediterranean coast of Turkey.