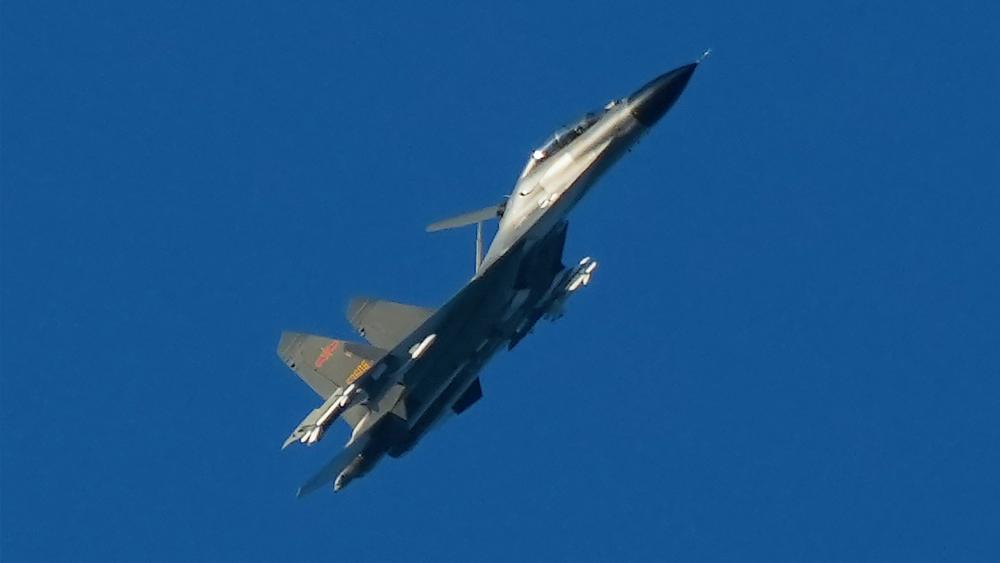 A Chinese J-11 military fighter jet flies above the Taiwan Strait near Pingtan, the closest land of mainland China to the island of Taiwan (AP Photo/Ng Han Guan)
6311696879112
Grave Danger for Taiwan as Tensions Soar with China - Is War Now 'Fearfully Plausible'?

It's "fearfully plausible" that America could go to war with China over Taiwan. That's according to a former U.S. Defense Department official.

Taiwan is now threatening to respond with military force if China's armed forces breach its territorial waters or airspace.

"A Chinese entrepreneur factory owner a few weeks ago told me that, local cadres, officials came up to him and said, he's no longer producing medical equipment for civilians. His factory is going to be converted to war production, and this was not just an isolated case," Chang, a senior fellow with Gatestone Institute, told CBN News.

Elbridge Colby, a former top Defense Department official, warns America should prepare for war with China over Taiwan, warning that a conflict has gone from "a remote scenario to a fearfully plausible one."

"The Chinese Communist Party is trying to sanction-proof itself," Chang said. "For instance, it has told its officials to sell their foreign assets so they can't be taken away by foreign governments if they wanted to impose costs on China for invasion."

This comes as tensions continue to soar in the Taiwan Strait.

"We will assess the threat level and determine whether to engage the targets and exercise the rights of self-defense," said Major General Wen-Huang Lin with Taiwan's Ministry of Defense. 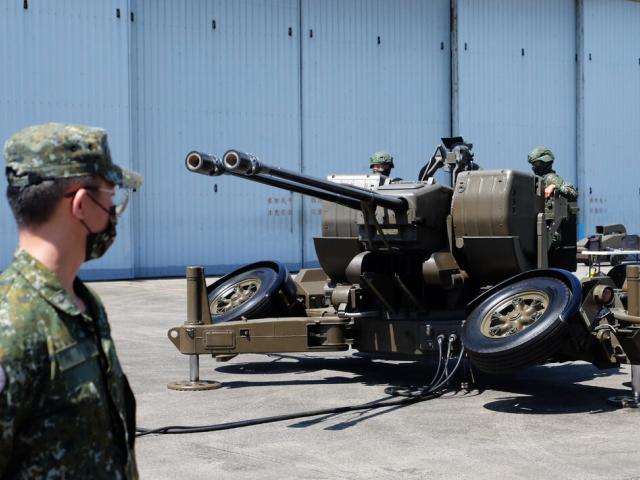 While Beijing continues to claim sovereignty over the island, Taiwan's president, visiting a military base near China's coastline this week, urged soldiers to keep their cool in the face of growing threats.

"I want to tell you that the more provocative the enemy is, the calmer we need to be," said Taiwan's President Tsai Ing-wen. "We will not allow those on the opposing banks to manufacture a conflict with an inappropriate excuse."

China has kept up this military pressure since Nancy Pelosi's visit to Taipei earlier this month, with almost daily warplane flights and warship maneuvers in the Taiwan Strait.

"They are practicing for war," warned Chang. "And we saw that with the live-fire exclusion zones, which were imposed after Speaker Pelosi's visit. God knows what they have up their sleeve in Beijing."

With growing fears that China is preparing to take Taiwan by military force, the Biden administration is planning to ask Congress to approve more than $1 Billion in arms sales to Taiwan.