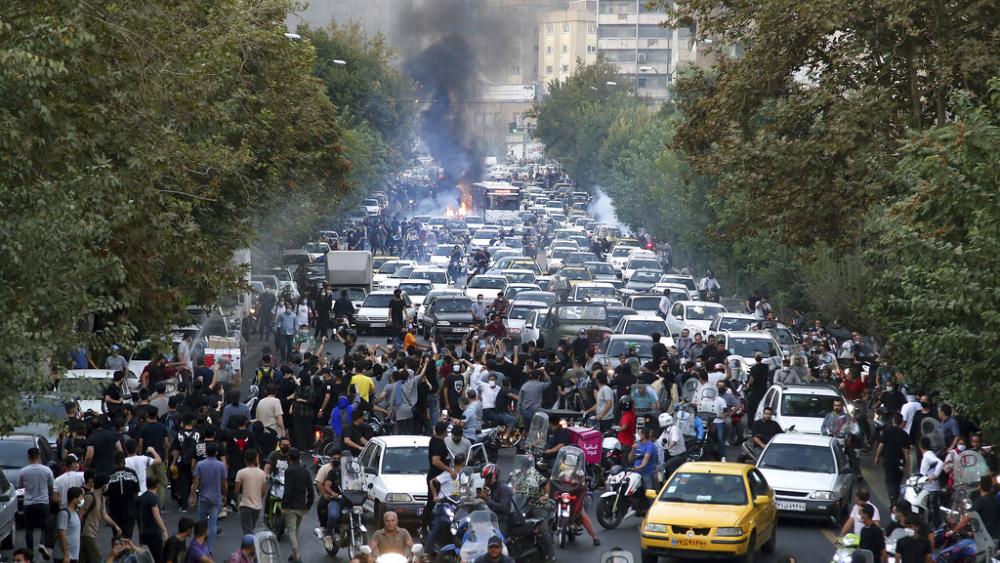 JERUSALEM, Israel – Protestors are filling the streets throughout Iran following the recent death of a woman in police custody.  The demonstrations are the latest sign of widespread discontent with the Islamic regime.

On September 16th, 22-year-old Mahsa Amini fell into a coma and died following her arrest in Iran’s capital, Tehran, by the morality police. Her crime?  Not properly wearing a hijab, the Islamic head-covering women are required to wear in public.

Her death sparked protests in Tehran and many other cities, often with chants of “Death to the dictator!”

Mayra Yazdari, an Iranian-born producer for CBN’s Farsi language programming, says the current protests are a signal. “It is important that we understand the significant shift in Iranian people's protests against the regime since 2018, that people are asking for overthrow (of) the regime to the entire system,” she said.

Scenes include women burning their hijabs and protestors attacking the police.  These demonstrations follow others in 2009 as well as from 2017 through 2020.  Many wonder whether these protests could potentially lead to an end to the Mullah-led regime that has ruled Iran for more than four decades. Yazdari, who escaped Iran in 2012, believes it is possible.

“It has the potential, but you know, as we all know, the regime is brutal and people are just, you know, people are left alone by the international community. They need support, she explained.”

Yet, instead of criticizing Iran’s leaders, the U.N. General assembly provided a platform this week to Iranian President Ebrahim Raisi, also known as the “Butcher of Tehran.”

“(He) is really known for the massacre in 1988, that he ordered the death of thousands of innocents. But now he is given (a) global stage. Now, Europeans,” she added, “the leaders of the free world, are shaking hands with terrorists. And they leave Iranian, innocent people by themselves alone instead of supporting them as they seek freedom.”

While negotiations over Iran’s nuclear program are on pause, if an agreement is signed, Yazdari and others say it will fund Iran’s Middle East agenda.

“They're gonna fund their proxies. They're gonna empower forces, IRGC (Iran Revolutionary Guard Corps) police procedures inside the country to kill their own people.”

As it has throughout the history of its anti-government protests, the Iranian regime is again shutting down the country’s internet.  Elon Musk has applied for a sanctions exemption so his Space X company can provide satellite Internet service.  That way, Iranians can tell the world what is happening to their people.