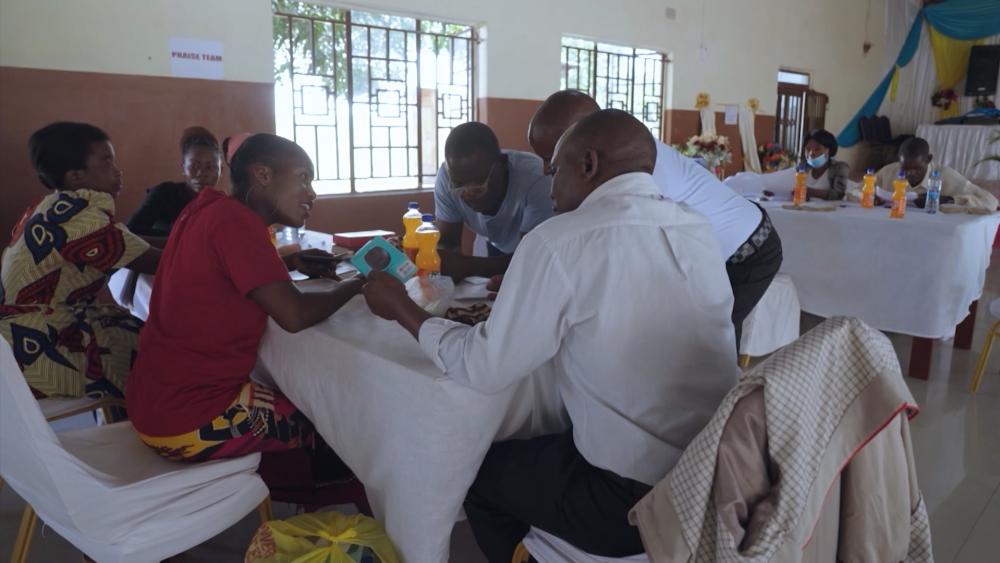 6311939241112
'It's Like God is Speaking Our Language': Zambian Christians Hear the Bible in Their Native Tongue for the First Time

ZAMBIA – Most of us can't imagine not having a Bible in the language we speak. But that's the reality for millions. It's pushing Bible translators to find new and faster ways to get scripture to every corner of the world.

Wycliffe Associates is a leader in the effort. It's partnering with churches in distant countries and seeing an explosion of life-changing activity as a result.

There are more than 5,000 people working in Zambia right now, translating the Bible into 20 native languages.

And Zambia is giving birth to yet another untold story – men and women meeting daily to translate the Bible into the languages they speak.

Bishop Henry Mumba is a church pastor and church planter. He says his first memory of the Bible was hearing the gospel verse, John 3:16.

"My pastor was a missionary from another country," Mumba explained. "And he came into this town and when they preached the Gospel to me the first verse that I knew was John 3:16, 'For God so love the world, that He gave His only son that whoever believes in Him should not perish, but have everlasting life.'"

Scholars estimate there are, at the very least, 7,000 languages spoken around the world. Fewer than 800 of those languages have the Bible fully translated, both old and new testaments, leaving thousands still in need of translation. Many of those are here on the continent of Africa, in hard-to-reach places, as well as in Asia and Indo-Pacific regions.

When CBN News visited, churchgoers in Mansa, Zambia, were reading and hearing the New Testament in Aushi, their mother tongue, for the very first time.

After reading, there was dancing.

"It's like God is speaking our language," Mumba said.

Mumba also told us the Bible is the first written literature in Aushi. "We've never had anything before," he said.

This New Testament gift is more than literature.

Wycliffe Associates information technology specialist Tomussone José Machinga said, "For me, it's not only about translating the Bible, having the Bible printed. To me, it's about life-changing. I have seen a lot of lives changed through Bible translation."

That includes his own. Machinga travels to African countries teaching translators how to use technology. However, that's not how the Bible translation career began for this young husband and father, who grew up in Zimbabwe. He was a child of refugees fleeing civil war in Mozambique.

Machinga returned and did the work. But the power of the Word he translated didn't become real until he found himself sick and in the hospital.

"My mother was telling me, we couldn't eat anything at home. Sometimes they didn't have transport to come and visit me in the hospital," Machinga said.

"Then they started talking to me about taking Christ as my savior. When Bible translation comes, I was having that mind of the life I was trying to leave behind. But something started changing through Bible translation."

During our visit to this region of the world, there were actually three New Testament translations being celebrated: The Nynja in Lusaka; Laya in Livingston; and Aushi, in Mansa.

Our next stop on our Zambia visit was Livingston, where Christians were celebrating the New Testament in Laya, the mother tongue of those who call this village home, including church pastor, Buster Paul Tembo.

"Our country has 73 languages. And only seven were considered official languages. Those were the only ones who had scripture translated," Tembo explained.

Tembo is the pastor who leads church-owned translation work in Livingston.

That impact is why Wycliffe Associates facilitates church-owned Bible translation here in Zambia and other parts of the world.

Simoun Ung is President and CEO of Wycliffe Associates. He explained that when they say "church-owned Bible translation," they mean that the local church owns not just the translation process, but also the scriptures they produce at the end of the day.

One of the challenges, he says, is how they can further accelerate the process without sacrificing the quality of the translation.

"When you see the field, you see the need for scriptures. People are dying every day without coming to know the Lord. And so the urgency for us is really there, in terms of being able to press forward." Ung said.

Pressing forward with the message, "God loves you" in every language.