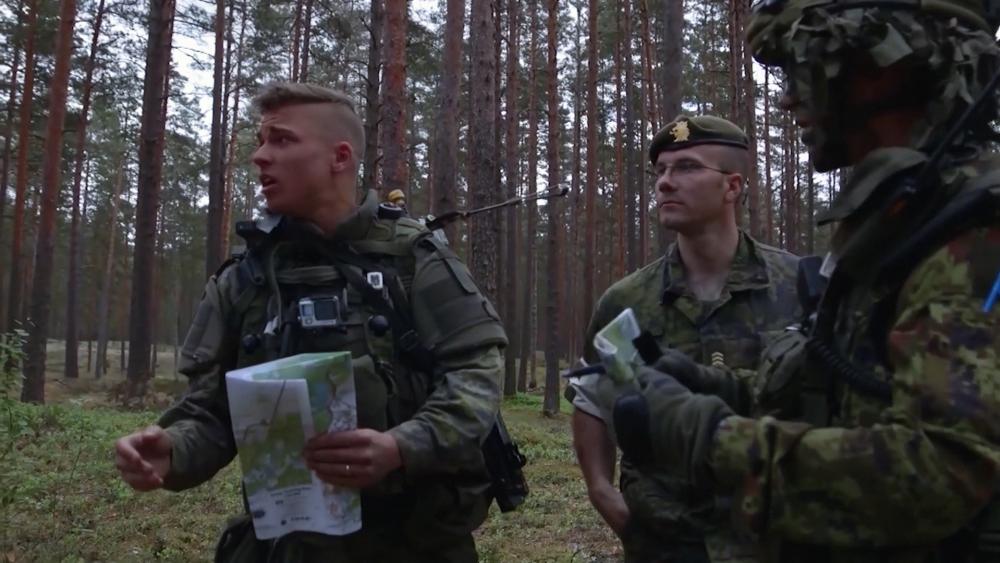 HELSINKI, Finland - Russian President Vladimir Putin's move to call up hundreds of thousands of reserve troops is causing upheaval, not only in Russia, but in bordering countries as well.

As a result, the Baltic nations are also putting their forces on high alert.

Cars lined up for miles at the border crossing between Russia and Finland. That's because the Nordic country is one of the few places left that will allow Russians to enter.

The three Baltic States that border Russia – Lithuania, Latvia, and Estonia – changed their policies recently and will not offer refuge to citizens of Russia fleeing Putin's mobilization of 300,000 troops. The announcement caused immediate protests across Russia with hundreds of thousands of young men looking to leave the country to avoid conscription.

And for now, Finland is one of the only land borders still open.

Opposition to the war is rising across Russia even though protesters risk 15-year jail terms or worse, like being sent to the front lines.

"Here we go, the war started. I went to the protests the 23rd of February," Zach, a Russian student said. "At one point like six policemen were chasing me, and then I just left Russia in a week. And since recent events, I'm so happy I left."

"Officially they say we're going to mobilize 300,000 people. But I think it's going to be way more. And there are already some proofs that it could go as high as a million," he said.

The mobilization isn't only a cause for concern among Russian men. Many of Russia's neighbors are preparing for possible escalation of the conflict as well.

In Estonia, snap military drills were called in response to the ongoing Russian threat.

"Yesterday evening, after the Estonian government's decision, we started with the reception and formation of reservists," said Estonian Lt. Col. Jaanus Ainsalu. "By evening, night time, when the reservists had already arrived, the unit headquarters finished the operational order."

"This morning, units started, based on that operational order, to move to their area of operations and conducting defensive activities," Ainsalu continued.

Similar drills have been ongoing in Estonia's neighboring country across the Baltic Sea, in Finland.

As it stands right now, Finland's military is tiny. As a matter of fact, their whole army could fit in the Olympic stadium here in Helsinki, with about 25,000 men. However, if they go to war, their constitution says national defense is the responsibility of every citizen, so they could very quickly scale up to a quarter million with a reserve of almost 900,000 men. That makes them a formidable force against any Russian aggression.

"People are now more worried than a couple of years ago," said Finnish Army Lt. Gen. Seppo Toivonen. "We will maintain the partnership with NATO and we have been already since the 90s and have also been very active with operations in the Balkans and over the last years in Afghanistan and now we are preparing to participate in other operations."

"So there is a long history of developing interoperability and inter-cooperation with NATO," Toivonen added.

Finland's military has a strong reputation for fighting off Russian aggression throughout the last century.  Their nearly 800-mile border with Russia is only second to that shared by Ukraine.

The decision to add Finland and Sweden to NATO in July is just one more reason the war in Ukraine is apparently having the opposite effect intended by Putin's decision to invade in the first place.

Experts say it's unlikely Russia will attack another country considering their poor showing in Ukraine. But these neighbor states aren't taking any chances.  And the decision to limit access to everyday Russians is bringing the war home in a very tangible way.

"In fact, this is very sad, because the more our Russian people go abroad, the more they will learn about Europe and European values," said Moscow resident Anastasiya. "They should not ban entry to the EU to anyone. Quite the opposite, they should invite everyone."

"Of course I'm worried, and my friends are too," said Yuri, who's also from Moscow. "I think no one, no sane person, wants to go to war. Like any sane person in Russia, we strongly oppose this."