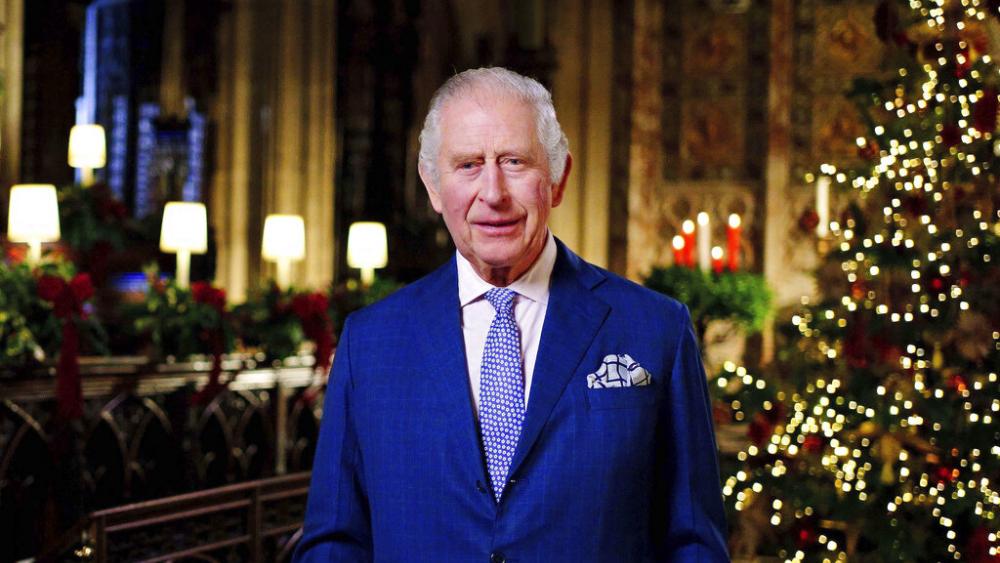 The former chaplain to the late Queen Elizabeth II is speaking out about King Charles III's multifaith and multiculturalism, warning that those ideas could spell the end of the British monarchy.

Gavin Ashenden, who served as Elizabeth's chaplain for nine years, told GB News after the king's first Christmas speech, "I think that if this slow movement into multiculturalism and multifaith goes on, we'll lose the monarchy because, in the end, I don't think it will be true to itself."

'You're either a defender of the faith, or you're not.'

Charles succeeded to the throne following the queen's death on Sept. 8.

"The problem is that it's a bit like watching a wonderful ship that's hulled beneath the waterline slowly sink, and at some point what you want to do is to stop it sinking and make sure that it floats," Ashenden told the British outlet. "And I don't think the monarchy can float if it becomes a multicultural, multifaith monarchy."

"What we have been seeing is a very slow gradual shift from being a Christian monarchy to a multifaith one," the former chaplain said.

"The problem is that you're either defender of the faith or you're not," he noted, referencing the oath each British monarch must publicly give, promising to maintain in the United Kingdom the Protestant Reformed Religion.

Among the questions the king will be asked by the archbishop of the Church of England while giving the oath at his coronation in May:

"Will you to the utmost of your power maintain the Laws of God and the true profession of the Gospel? Will you to the utmost of your power maintain in the United Kingdom the Protestant Reformed Religion established by law? Will you maintain and preserve inviolably the settlement of the Church of England, and the doctrine, worship, discipline, and government thereof, as by law established in England? And will you preserve unto the Bishops and Clergy of England, and to the Churches there committed to their charge, all such rights, and privileges, as by law do or shall appertain to them or any of them?"

At her coronation in 1953, Elizabeth answered, "All this I promise to do."

The king is the Supreme Governor of the Church of England. The King appoints archbishops, bishops, and deans of cathedrals on the advice of the Prime Minister.

Ashenden acknowledged how Christianity is increasingly being squeezed out of the public square.

"Christianity has very distinctive and very opposite beliefs to many other world views, particularly on sexuality and the value of the individual," he told GB News.

"If you don't defend Christianity today, we'll lose it from this country," Ashenden added. He also mentioned the case of Isabel Vaughan-Spruce who was arrested while praying on a public street near an abortion facility in the UK.

"The problem we face is a serious conflict of values, and there can't be a solution by just saying, 'Do you know what? All the values are the same, let's pretend everything is nice,'" he said. "I don't think nice will cut it."

As CBN News reported in 2017, Ashenden left his position as the queen's chaplain after being confronted by officials for speaking out against prayers sung from the Koran during an Epiphany service at St. Mary's Cathedral, Independent UK reported.

The reading was part of an effort to improve interfaith relations in the city of Glasgow. However, Ashenden called the reading "blasphemy" and a "serious offense" because it denied the deity of Jesus Christ.

"The problem with what happened in Glasgow was that, although it was presented as a way of building bridges and a way of educating people, it was done badly, in the wrong way, in the wrong place, in the wrong context," Ashenden told BBC's Radio 4 at the time.

In a recent op-ed for the Catholic Herald, the former chaplain wrote that if Charles does not stand up for the historic Christian faith "that conceived, defined and sustained the concept of monarchy, he may have sowed the seeds of the destruction of the House of Windsor."