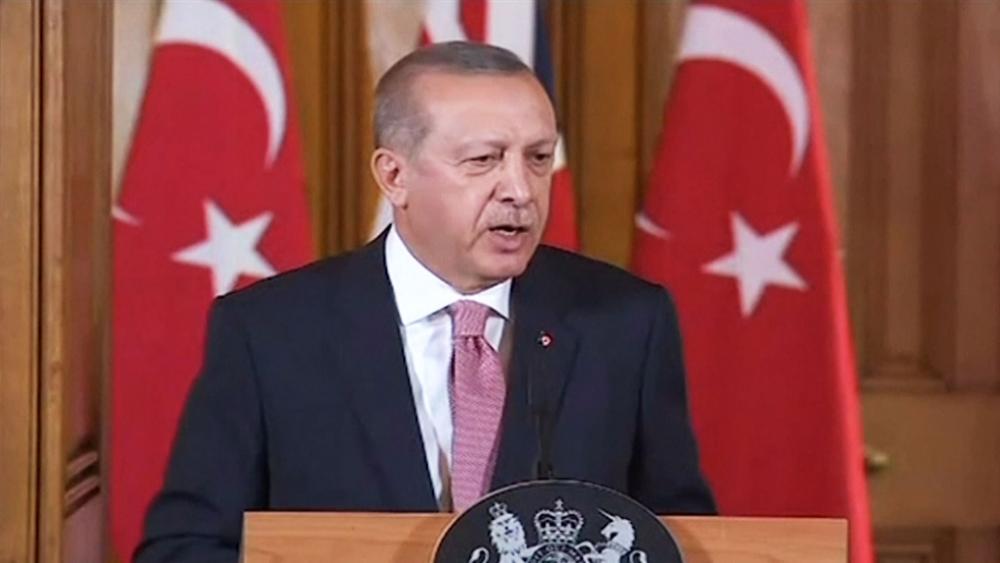 Christians and other religious minorities are being falsely accused of bringing COVID-19 to Turkey where a series of attacks on churches is sparking fear and insecurity among believers.

Recently someone attempted to set fire to a church telling police he did it because he believed they "brought the coronavirus to Turkey."

In a separate incident, security footage shows a man scaling the gate of an Armenian church in Istanbul and ripping its cross off the building.

“Turkey is one of those {countries} where the government has strong control over the messaging that comes out to the public through the media and as a result, there is, quite frankly, there’s ignorance because people just don’t have the facts, and so it’s easy in some cases to mislead people to think that there is an origin of this virus from someplace else or lead to this fanning of these stereotypes of certain minorities in the country,” Tony Perkins, vice-chair of the US Commission on International Religious Freedom, told CBN News.

“This happens in many countries, but there is not an aggressive response from the Turkish government and we see this trend in Turkey that is quite frankly discriminatory towards religious minorities,” he continued.

That’s why the commission has recommended the State Department place Turkey on its special watch list because it meets two of the three criteria the body uses to designate the top offenders of religious freedom in the world.

“Also, what is troubling about Turkey is not only what is happening within its borders, but what it’s doing in northeast Syria, what it’s doing in Iraq, and even beyond that in its influence around the world that is really advancing a viewpoint that is discriminatory towards religious minorities,” Perkins noted.

In recent years, Turkish President Recep Tayyip Erdogan has shored up his power and boldly promoted Islamist policies during which time conditions for Christians and others have deteriorated.

Perkins points to Christian American Pastor Andrew Brunson who was arrested on bogus charges of spying and detained for two years before miraculously being released. Brunson, the pastor of a small church, was falsely charged with spying and attempting to overthrow Erdogan's government, among other things, in 2016 and was detained by the regime for two years.

Next week, Erdogan plans to allow Muslim prayers at the historic Hagia Sophia, an ancient Christian cathedral that has functioned as a museum since 1935. He's also pushing to convert that Christian site into a mosque despite the fact that the Hagia Sophia is a UNESCO World Heritage Site and any change to its status would require approval.

These are examples of behavior by Erdogan that Perkins says further fan the flames of religious intolerance in Turkey.

“It's not just cultural within the ranks of the public, the citizens. It is kind of a green flag being given by government officials. When you have high-ranking officials make derogatory comments towards religious minorities instead of acting aggressively to defend religious minorities and extend to them the same rights as everyone else, the freedom to worship as they choose,” he explained.

Of course, addressing deteriorating conditions in Turkey is tricky for US officials because it's been a military ally in the past.

“The situation with them being a NATO ally does complicate the situation in terms of stands that we can take, actions that we can take, but I do think it calls into question whether or not Turkey can continue to be a NATO ally," Perkins said. "Of course, that’s beyond the scope of the commission but our focus is on religious freedom and we would anticipate and expect that NATO allies recognize and respect these most fundamental human rights and that’s not what we’re seeing out of Turkey and I think there should be a lot of questions asked about our relationship with Turkey going forward."