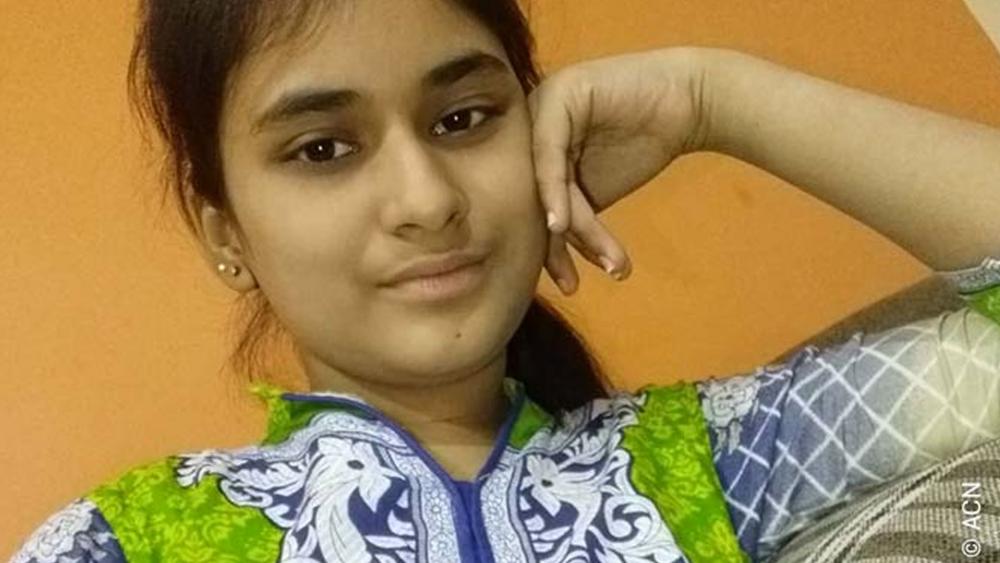 Huma Younus. (Image credit: Aid to the Church in Need)

A Pakistani Christian teenager who was abducted, forced to convert to Islam, and marry one of her kidnappers last year is now pregnant and remains confined to one room, according to the family's lawyer.

Tabassum Yousaf, an attorney representing the parents of 15-year-old Huma Younus told the charity Aid to the Church in Need (ACN) that Huma spoke to her parents recently by telephone, informing them she has become pregnant after repeated sexual assaults.

During the telephone conservation, her father asked her if she could leave her abductor's house and return home.

"She told him that she is not allowed to leave the house and that her life has become still more difficult since she is now imprisoned within the walls of one room," Mrs. Yousaf explained.

As CBN News has reported, Huma was kidnapped by three men from her home in Karachi in October of 2019. The men waited on her parents to leave the house before forcibly taking the young girl. She was reportedly taken to Dera Gazi Khan, a city in the Punjab province of Pakistan, more than 370 miles from her home.

Since then, the girl's parents have been doing everything they can to recover their daughter.

Younus' parents received documents from the abductors a few days after she was taken, including papers showing her alleged conversion to Islam and a marriage certificate. The girl's mother Nagina said the papers are fake because the date on documents was the same as the day when her daughter was abducted.

Last February, a Pakistan high court handed down a ruling based on Islamic "sharia" law that says men in Pakistan can marry underage girls as long as they have had their first menstrual cycle. The ruling came during the latest court hearing into Huma's abduction case.

In an effort to rescue their daughter, the family argued the marriage to a man named Abdul Jabbar was invalid under the Sindh Child Marriage Restraint Act. The Christian couple supplied the court with baptismal and school documents proving Huma was 14, according to the ICC. She was born on May 22, 2005, the Independent Catholic News reports.

The law in question was passed almost six years ago in an effort to stop forced marriages to minors in the province. The practice is prevalent among those who target Hindu and Christian girls, according to various media outlets.

Mrs. Yousaf said Jabbar's brother, who's a member of the Pakistan Security Forces, has also threatened the family if they should ever come looking for her.

The family's attorney told ACN International an appeal has already been filed with the court to re-examine documentary evidence proving that Huma was born in 2005. Unfortunately, the High Court of Sindh is still closed due to the coronavirus pandemic and will probably not open again until August.

Huma's parents have also vowed to take her case to the Supreme Court of Pakistan.

Mrs. Yousaf said that if Huma was an underage Muslim girl, the Pakistani authorities would act immediately to right this wrong.

"Justice delayed is justice denied, hence every delay in reaching judgment on the defense of the rights of religious minorities represents a denial of these rights," she said. "The court has delayed and continues to delay justice on behalf of Huma, solely because she is an underage Christian girl."

Pakistan is considered one of the worst violators of religious liberty in the world according to the US watchdog on religious freedom, but the State Department allows the nation a special waiver to protect it from punishing sanctions.

They would include requiring Pakistan to review all blasphemy cases and eventually repeal the law, along with others that inhibit religious freedom.