'It's Time to Stand Up for Liberty': Pastor Calls for Wave of US Churches to 'Peaceably Gather' This Sunday 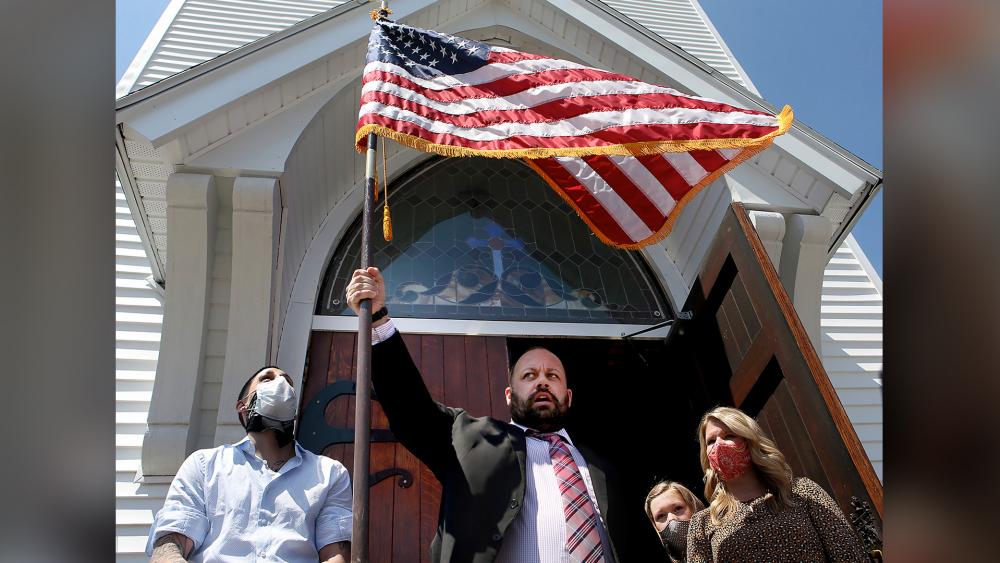 Adams Sq. Baptist Church Pastor Kris Casey waves an American flag after opening his church doors for Sunday service on May 3, 2020 in Worcester, Mass. (Nancy Lane/The Boston Herald via AP)
6156468742001
'It's Time to Stand Up for Liberty': KY Pastor Asks Pastors across the Country to 'Peaceably Gather' with Their Members This Sunday

A wave of churches across the country will open for in-person services this Sunday, May 17. It's part of an effort called "Peaceably Gather Sunday" in which congregations look to strike a middle ground when it comes to balancing health and safety against the coronavirus and worshipping without restrictions.

Megachurch Pastor Brian Gibson says HIS Church, with locations in Owensboro, KY, and Amarillo, Texas, will open this Sunday and is inviting other churches to join them.

Gibson launched an online petition for churches to join with him.

"Our Constitution guarantees freedom of religion and the right to assemble peacefully. By signing the petition, you pledge that you will exercise these sacred rights on Sunday, May 17th for Peaceably Gather Sunday. Your church will be open, and will welcome all healthy people in your communities to attend and physically participate in services," the Peaceably Gather website reads.

"Churches are in all different areas of the country and thus under different state laws or orders as well as different levels of cases of COVID-19. Each church should review their own local and state situation before making any decisions. If they have any questions or concerns, we encourage them to contact First Liberty Institute, the largest non-profit law firm in the country specializing in religious freedom. Their services will be provided to you free of charge," the website reads.

In an interview that aired on CBN News' Faith Nation on Wednesday, Gibson was asked what kind of statement he was trying to make by setting his event three days before Gov. Andy Beshear said he would allow churches to once again meet together on May 20.

"Well, some people would say, 'Does three days matter?' And I would say three days is a massive statement," the pastor replied. "It's a statement to the governor that you can't step past our constitutional bounds. At first, we were willing to be measured, because we want to protect everyone. Jesus is in the healing business, the loving and caring business. We don't want to see anybody injured."

But now, Gibson said the First Amendment is being run over roughshod.

"There's all of these other places that are open for business," he said. "I walked into a Kroger down in Paducah, Kentucky, and the girl at the door said, 'We're trying to keep it under 350 people inside the grocery store.'  And so, I looked at the building, and I could tell it was smaller than our Owensboro, Kentucky location.  I got online and Kroger was doing about one person per 120 square feet in Lexington, Kentucky.  According to that math, I could have 414 people in my building."

Gibson told CBN's David Brody that he and other pastors want to see at least an equity in what the government is asking and then he thinks people would be more cooperative.

"That's why we're urging pastors to peaceably gather," he explained. "And ask them to go sign a petition to go with us at peacablygather.com and say 'I'll take the church back.' And we're saying come this weekend, but if you can't come this weekend, get your ducks in a row. Get ready and come back and don't let the government dictate to you what your fundamental American rights are. It's time to stand up for liberty."

Regular worship services may be a bit different when congregations in different parts of the country resume in-person services this Sunday. It will still be "come as you are," but when you leave, you won't just run for the door to beat your fellow Christians to the local Sunday buffet, you'll be dismissed in groups. Social distancing will be in effect, so you'll sit only with your family. (Sorry teenagers.) Ushers will also be wearing gloves and masks.

Gibson's movement to reopen churches around the country is not alone. As CBN News reported, nearly 500 California pastors are preparing to open their doors on Sunday, May 31 - whether or not they have guidance from the state.

READ 'Not Asking for Permission': Hundreds of California Churches Plan to Open May 31 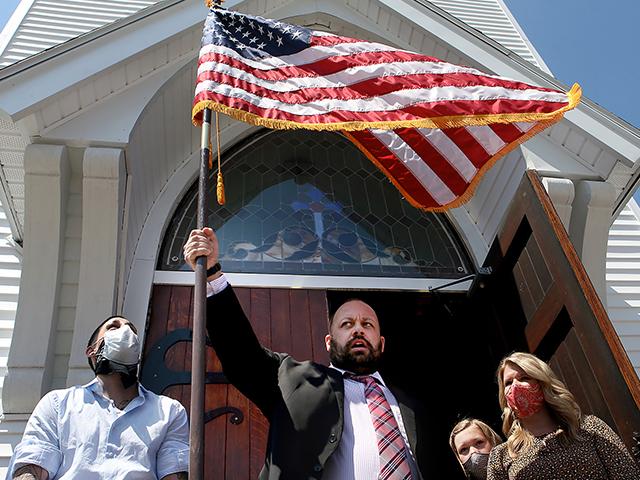