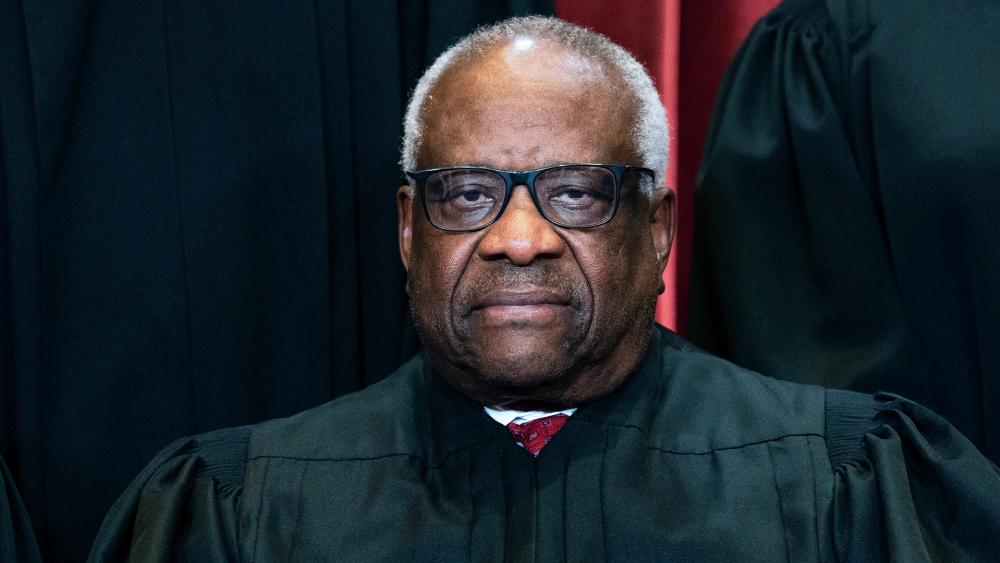 The U.S. Supreme Court on Monday declined to hear D. James Kennedy Ministries' (DJKM) defamation and discrimination lawsuit against the Southern Poverty Law Center (SPLC) for its published claim labeling the Christian ministry as a "hate group" alongside the Ku Klux Klan, Neo-Nazis, and other infamous hate organizations.

Even though the Supreme Court declined to hear the case without comment, Justice Clarence Thomas signaled to the high court that it should revisit the longstanding precedent regarding defamation lawsuits.

As CBN News has reported, many people acknowledge the SPLC did good work years ago by targeting haters and racists like the Ku Klux Klan and neo-Nazis. But then it took a lurch to the far left and began to put conservatives and Christians on the SPLC website's hate map. A left-wing gunman even used that erroneous SPLC map to find his target when he shot up the Family Research Council's office in Washington.

The SPLC has targeted dozens of groups, including the Fort Lauderdale, FL-based DJKM, a Christian media ministry founded in 1974 by the late Dr. D. James Kennedy as Coral Ridge Ministries, because it stands for traditional marriage and against radical parts of the LGBTQ agenda.

They've labeled DJKM as a "hate group" for teaching Biblical beliefs on marriage and sexuality. As a result, the ministry has been excluded from participating in Amazon's "Smile" charity program, which DJKM argues is religious discrimination. So the ministry filed a federal religious discrimination lawsuit against the SPLC in 2017. The lawsuit says the SPLC "illegally trafficked in false and misleading descriptions of the services offered by DJKM and committed defamation against DJKM."

The ministry also contended the SPLC published false information that harmed the ministry's reputation and subjected it to "disgrace, ridicule, odium, and contempt in the estimation of the public."

Thomas: The Court Should Not 'Insulate Those Who Perpetrate Lies from Traditional Remedies Like Libel Suits'

In his three-page dissent, Thomas wrote: "SPLC's 'hate group' designation lumped Coral Ridge's Christian ministry with groups like the Ku Klux Klan and Neo-Nazis. It placed Coral Ridge on an interactive, online 'Hate Map' and caused Coral Ridge concrete financial injury by excluding it from the AmazonSmile donation program. Nonetheless, unable to satisfy the "almost impossible" actual-malice standard this Court has imposed, Coral Ridge could not hold SPLC to account for what it maintains is a blatant falsehood."

"I would grant certiorari in this case to revisit the 'actual malice' standard," the justice wrote. "This case is one of many showing how New York Times and its progeny have allowed media organizations and interest groups 'to cast false aspersions on public figures with near impunity.'"

The case Thomas refers to in his dissent is the Supreme Court decision handed down in March 1964 known as New York Times v. Sullivan that set the specifications for proving defamation.

"Coral Ridge now asks us to reconsider the 'actual malice' standard. As I have said previously, 'we should,'" Thomas wrote. "New York Times and the Court's decisions extending it were policy-driven decisions masquerading as constitutional law. Those decisions have 'no relation to the text, history, or structure of the Constitution.'"

"This Court has never demonstrated otherwise. In fact, we have never even inquired whether 'the First or Fourteenth Amendment, as originally understood, encompasses an actual-malice standard,'" the justice added.

"Because the Court should not 'insulate those who perpetrate lies from traditional remedies like libel suits' unless 'the First Amendment requires us to do so, I respectfully dissent from the denial of certiorari," Thomas concluded

"Our appeal reached the High Court last fall after both federal district and appeals courts dismissed the lawsuit, citing a 1964 Supreme Court precedent, Times v. Sullivan. That precedent makes it almost impossible for public figures—such as D. James Kennedy Ministries—to win defamation suits. DJKM’s appeal asked the Court to overturn or revise its 1964 precedent and reinstate our lawsuit so it could come to trial," Pacienza said.

"In his dissent, Justice Clarence Thomas declared: “I would grant certiorari in this case to revisit the ‘actual malice’ standard. This case is one of many showing how New York Times and its progeny have allowed media organizations and interest groups ‘to cast false aspersions on public figures with near impunity,’” the DJKM president noted.

In September of 2019, a lower court judge dismissed DJKM's case saying the SPLC has a legal right to call the ministry a "hate group" stating protection to do so under the First Amendment.