A battle that pits current culture notions about sexual morality against the teachings of the Bible is on full display in the Church of England.

The incoming Archbishop of York Stephen Cottrell believes biblical teaching on sexuality should come second to 21st-century Western cultural beliefs, according to The Christian Institute.

Next year, Cottrell will become the second most senior clergyman in the Church of England.

Cottrell made his comments on the Bible two years ago when he embraced the Archbishops of Canterbury and York's plea for a "radical new Christian inclusion."

He said it would be wrong to ignore the "damage" that is done by rejecting Western society's current view of human sexuality.

"I am not sure the church has ever before had to face the challenge of being seen as immoral by the culture in which it is set," Cottrell said.

He also claimed, in the same address to leaders in his own diocese, that taking a biblical view on same-sex relationships "can legitimize homophobia in others."

While Cottrell recognizes that both the Old and New Testaments of the Bible clearly condemn homosexuality, he said they were merely "part of our story and our inheritance".

"But what we can do is recognize that what we know now about human development and human sexuality requires us to look again at those texts to see what they are actually saying to our situation, for what we know now is not what was known then," he said.

The incoming Archbishop also said he saw "no reason" why thanksgiving prayers or a communion service could not be offered for civil partnerships.

According to The Christian Institute, this is a violation of the doctrine of the Church of England, as enshrined in a 1987 General Synod Motion, is that homosexual acts should be repented of. This is further underlined by the 1998 Lambeth Conference Resolution which opposes the "legitimizing or blessing of same-sex unions".

Meanwhile, a vicar in the Church of England has resigned following the appointment of Cottrell as the next Archbishop of York.

Rev. Steven Hanna, the vicar of St. Elisabeth, Wood Lane in Dagenham, Essex, has resigned his position, telling Cottrell the liberal trajectory of the Church of England is unacceptable, according to the website VirtueOnline.com.

Hanna also said he was "horrified" to learn of the proposal to ordain Jide Macaulay, an openly homosexual vicar living with his partner.

"I believe it is unfaithful to support plural truth on primary issues of salvation. I believe it is unfaithful not to reject publicly the same-sex agenda," Hanna said. "I also have concerns about safeguarding in the context of the transgender agenda and specifically what happened earlier in the year with (a transgender lobby group) Mermaids, which I fear will be replicated in Church of England schools up and down the country. I also feel it is unfaithful to misuse baptismal liturgy in the context of gender transition."

"Attempts at saying the Church of England's official teaching is not changing are, nonetheless, already undermined by practice and it seems only a matter of time before the charade ceases and official teaching changes too," he continued.

Hanna is just one of several orthodox priests who have recently chosen to leave the Church of England over its liberalism on matters of faith and morals, according to VirtueOnline.com.

As CBN News reported earlier this year, the Church of England announced it would recognize marriages of transgender members.

"For a trans person to be addressed liturgically by the minister for the first time by their chosen name may be a powerful moment in the service," the guidance stated, according to The Guardian. 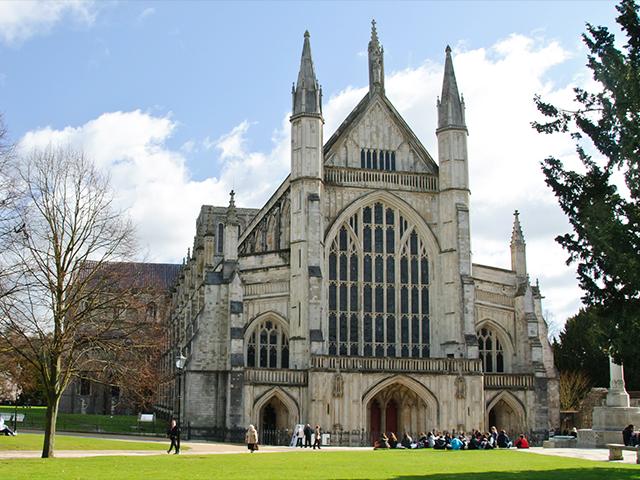