Pakistani Christian Girl Reunited with Family After Being Kidnapped, Raped, and Forced to Convert to Islam 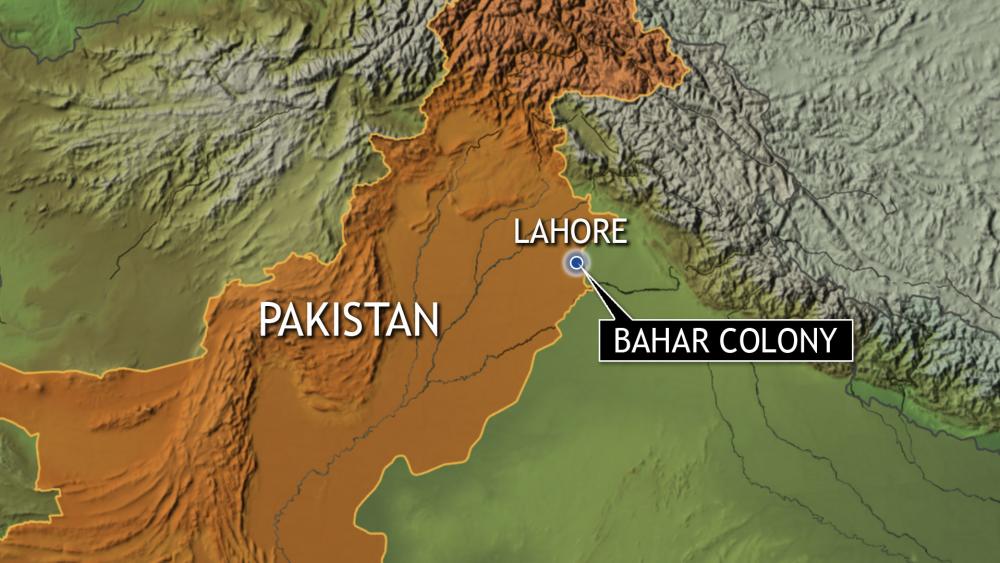 A Pakistani Christian girl who was kidnapped, forced to convert to Islam and then had to "marry" her kidnapper has been reunited with her family.

Centre for Legal Aid, Assistance and Settlement (CLAAS), an interdenominational organization working for Christians who are being persecuted in Pakistan, reports the girl named Sneha, age 14 was kidnapped on her way home from school on Jan. 14 by a Muslim man. She was thrown in the back of a van and six boys jumped in to the vehicle and started beating her.

The kidnapping occurred in Bahar Colony, Lahore, according to CLAAS.

Sneha was beaten, raped and tortured as her captors tried to get her to sign blank documents, which she refused. The girl later found out the documents included a marriage certificate and religion conversion certificate.

Her kidnappers told her there would be severe consequences if she revealed their identities to her family. They also threatened to do the same thing to her two older sisters if she did not cooperate.

Sneha's father reported her disappearance to the police. Five days later, law enforcement officers found Sneha and returned her to her parents.

CLASS is providing free legal aid to the family as they continue to receive threats from the kidnappers. They are pressuring the family to withdraw the case against them. For their safety, Sneha and her family have been moved to an unknown location.

Recently, The Council of Islamic Ideology (CII) and even Prime Minister Imran Khan called forced conversion un-Islamic. Christian and Hindu MPs like Dr. Ramesh Kumar Vankwani and Naveed Amir Jeeva have raised this matter in the Parliament several times but there has been no progress.

"CLAAS and several other organizations have been reporting such cases regularly for the last several years in the national and international media, but unfortunately the Pakistani government has failed to take action to stop the forced conversion of underage Christian, Hindu and other minority girls," Nasir Saeed, director of CLAAS-UK.

As CBN News has reported, such cases in Pakistan where Christian and Hindu girls are kidnapped, forced to convert to Islam, and then forced to marry their kidnappers are on the rise even though the country has the Sindh Child Marriage Restraint Act which forbids marriage below the age of 18.

In a ruling earlier this month, a Pakistan high court handed down a ruling based on Islamic "sharia" law that says men in Pakistan can marry underage girls as long as they have had their first menstrual cycle.

The ruling came during the latest court hearing into the kidnapping, forced conversion, and marriage of Huma Younus, a 14-year-old Christian girl.

As CBN News reported, Younus was kidnapped by three men from her home in Karachi last October. The men waited on her parents to leave the house before forcibly taking the young girl. She was reportedly taken to Dera Gazi Khan, a city in the Punjab province of Pakistan, more than 370 miles from her home.

Since then, the girl's parents have been doing everything they can to recover their daughter. "Once again, justice has been defeated and, once again, our state has shown itself unable to treat Christians as Pakistani citizens," Nagheena Younus, Huma's mother, told Aid to the Church in Need (ACN).

Huma's parents have vowed to take her case to the Supreme Court of Pakistan.

"On February 3rd we went to the Sindh High Court but our little girl was not in the courtroom. If we do not get justice, we will address the case to the Supreme Court of Pakistan. We believe that the government and the judges are delaying the decision because our girl is 14 years old. They want to wait for her to turn 18 and then close the case," she explained.

Another hearing, in that case, has been scheduled for March 4.

"When the parents inquire of the police and try to get them to do something, they will be presented with a statement from their daughter saying that she has become a Muslim," he writes. "If the Christian parents continue to fight, they're often slapped around and threatened with arrest. If the parents are especially brave, the daughter is often then dragged in front of them in a drugged state (with her torturer and rapist in the room) to say that she is a Muslim and doesn't wish to come home – never making eye contact with her parents."