Luis Palau, Evangelist Who Reached Hundreds of Millions with the Gospel, Dies at 86 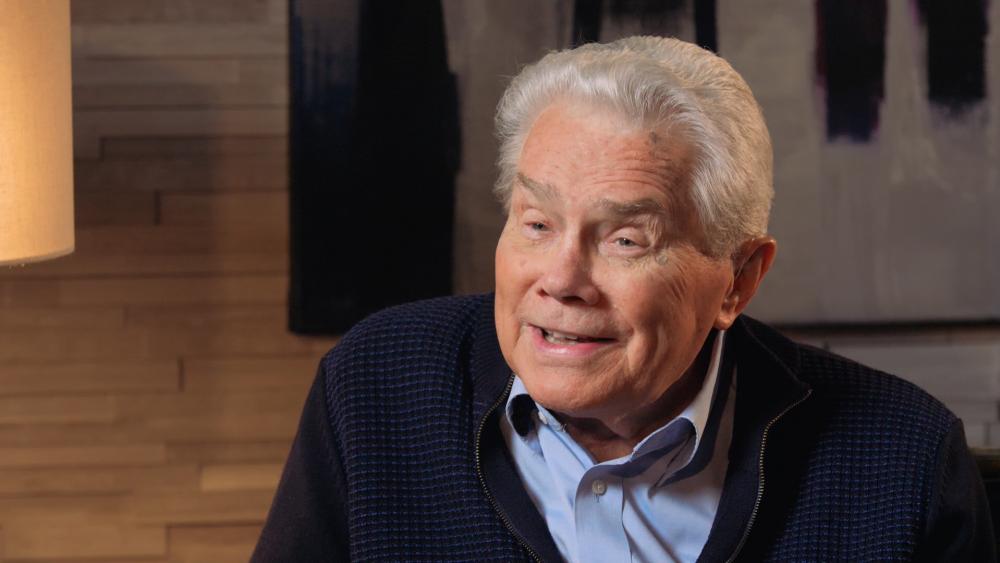 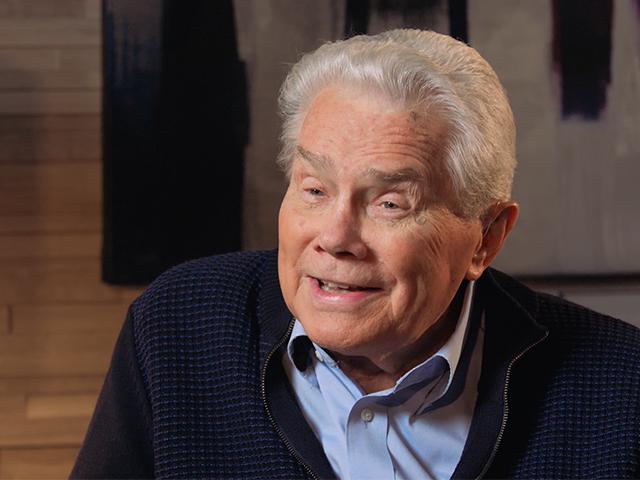 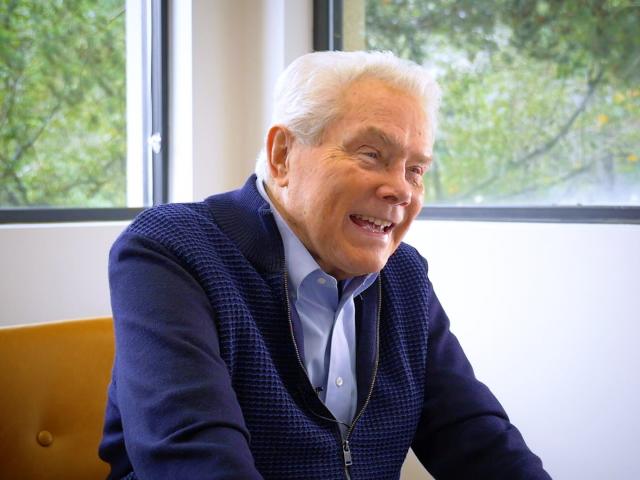 For more than 55 years, Luis Palau sought to carry the gospel to the ends of the earth. He reached hundreds of millions of people for Jesus Christ before he died of cancer Thursday.

Whether it was his passion to preach the good news, the twinkle in his eye, or his quick sense of humor, Palau had the ability to connect with a wide array of people from world leaders to those living on the margins.

Born into an affluent Catholic family in Buenos Aires, Argentina, his parents were influenced by American and British missionaries. They eventually became evangelical Christians, laying the groundwork for a faith that would lead their son to become an international evangelist.

READ  Evangelist Luis Palau on his 'Final Chapter,' Battling Cancer, and Why He Believes the Future Looks Bright

At the age of 10, Palau abruptly became the man of the household after his father's sudden death. The passing left the family nearly penniless and forced a young Luis to work to support his mother and siblings. However, his mother convinced him to leave Argentina in his mid-twenties to study the Bible in America.

While attending Multnomah Bible College (now Multnomah University) in Portland, Oregon, Palau married Patricia Scofield, who would become his wife of 60 years. The couple teamed up with Billy Graham and eventually launched their own global ministry, the Luis Palau Association.

From Colombia to the former Soviet Union up to his final tour in Spain in 2019, his organization estimates he shared the gospel with a billion people across 75 countries through large-scale evangelistic events.

Palau worked closely with three of his four sons through his ministry. Together, they adopted a new outreach model called "CityFest," replacing mass crusades with family-friendly festivals focused on uniting churches, businesses, and civic organizations to serve their communities.

In 2015, Palau preached to more than 60,000 people in New York City's Central Park, the culmination of a months-long campaign that involved 1,200 New York City-area churches.

He also helped to train and mentor thousands of Christian evangelists with a global reach amplified through radio, television, and the Internet.

Palau was diagnosed with stage four lung cancer in late 2017. Yet he remained active in his final years, publishing a memoir and allowing his life story to be portrayed in a 2019 film titled "Palau the Movie."

Palau's humble upbringing and commitment to share the love of Christ helped him communicate to a cross-section of people including presidents and pontiffs. For example, he offered the benediction at the official prayer service for President Bill Clinton's second inauguration. And he prayed regularly with fellow Argentine Fr. Jorge Mario Bergoglio before he became Pope Francis. He called the pontiff a real friend of evangelical Christians when Bergoglio was elected pope in 2013.

Palau's family served as another source of inspiration. In September 2019, nearly two years after his cancer diagnosis, he told CBN News that he was prepared for eternity. Although, he also admitted he was pained to leave his loved ones.

"I'm not begging to be healed, because I don't know God's purposes. And I trust him entirely. The only sad thing is leaving my wife and my kids and the team and a few of my best friends. That's the only thing. But, really, I'm ready to go. I have the peace of the Lord," he explained in one of his final broadcast interviews.

Palau's health began to decline at the start of 2021. On March 1, his son and ministry partner, Andrew Palau, announced his father was in hospice care after spending two weeks in January in the hospital to be treated for heart and lung issues. The younger Palau broke the news on his father's Facebook page:

"Dad is pushing hard to the finish line just to see each of the grandchildren as his final heart's desire. The Lord knows his actual timing, and Dad keeps reminding us in these last few days, 'As for God, His way is perfect.'"

Information about his declining health produced an outpouring of tributes and well-wishes, including from evangelist Franklin Graham.

"He was a good friend of my father Billy Graham and he is my friend as well. His family has shared that he is now in hospice care at home. I know they would appreciate our prayers during this time," Graham wrote on Twitter.

.@LuisPalauLive has invested his life in sharing the Gospel. He was a good friend of my father @BillyGraham & he is my friend as well. His family has shared that he is now in hospice care at home. I know they would appreciate our prayers during this time. https://t.co/Oo6uucK90u

Christian author Lee Strobel pleaded for prayers for Palau, whom he described as a personal hero.

"Please pray for my friend and hero Luis Palau, who is close to dying from cancer. I spent the day with him at this home recently and he told me he's ready – even anxious – for heaven." Strobel wrote on Twitter. "Such a faithful and winsome servant of God!"

Please pray for my friend and hero Luis Palau, who is close to dying from cancer. I spent the day with him at his home recently and he told me he's ready -- even anxious -- for heaven. Such a faithful and winsome servant of God!

"I was one of the millions of people touched by the life of Luis Palau and his ministry," Christian worship leader Don Moen wrote on the ministry's condolences page. "It was my honor and privilege to lead worship over the past 10 years for the Palau organization in Vietnam with Luis, and with Andrew Palau in Tanzania, Ethiopia, Ivory Coast and Malawi. Luis set the tone for the entire Palau organization with his servant leadership style."

"When I think of how to describe Luis Palau, the first thing that comes to mind is his joy. His radiant smile, his enthusiasm, his energy came from a deep love for Jesus and a passion for sharing grace and truth with anyone who would listen," said the Rev. Samuel Rodriguez, president of the National Hispanic Christian Leadership Conference.

"Although Luis would not desire to glorify himself, we celebrate his faithfulness: becasue of his obedience over a lifetime, more than a billion people around the world have heard the Gospel," Rodriguez, who described him as a mentor and friend, wrote in a statement.

Ultimately, Palau outlived the doctor's initial prognosis by more than two years, defying the odds with a life devoted to serving the kingdom of God to the very end.

When asked about his legacy, Palau thought of his four sons and their families telling CBN News: "I hope my boys will put on my burial tomb -- My father wasn't perfect, but he sure loved Jesus Christ."

In a statement annoucning his death, the Luis Palau Association shared a quote that captures the unwavering commitment of the beloved evangelist:

"I have no regret in pouring out my years, from the time I was a boy, for the sake of the Good News. If I was given a thousand lifetimes, I would dedicate them all to the same calling." —Luis Palau 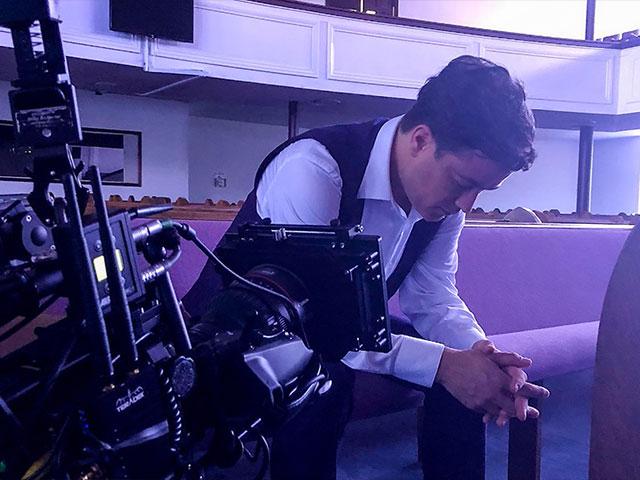 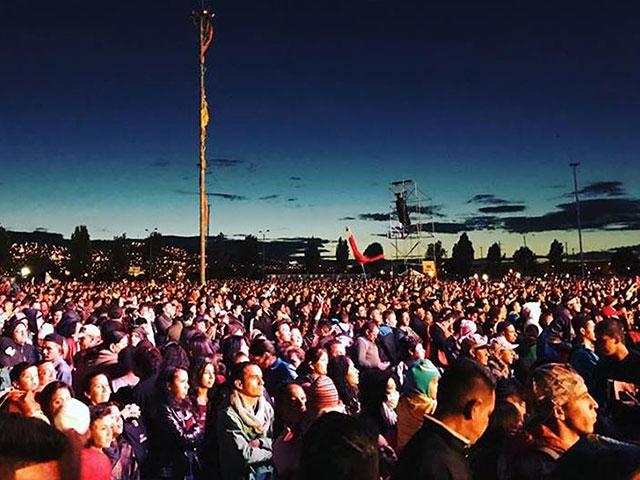