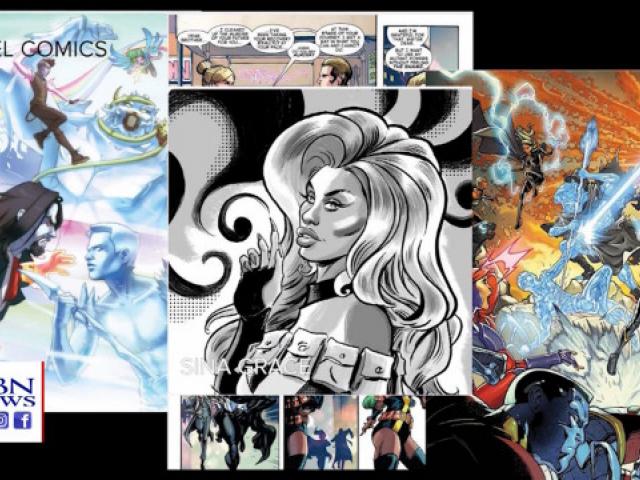 Shade is a mutant superhero drag queen, the first-ever drag queen in a Marvel series.

According to Mashable, Shade "possesses teleportation powers, and "can create and enter a pocket dimension inside her handheld folding fan."

Shade will be included in the latest issue of the Iceman series, which was written by an openly gay man named Sina Grace.

The lead character in the Iceman comic book series is named Bobby Drake, who is gay.

"I really wanted this series to push readers to new and better stories about the whole queer experience and how it applies to being both a mutant and a superhero," Grace said in a recent interview with The Advocate.  "There's a million different queer perspectives and we're only scratching the surface."

This is not the first time a drag queen superhero has been featured as a cartoon character though.

The show follows the drag queen superheroes as they lead their double life working in a department store by day before transforming into "super drags" at night.'

Meanwhile, more than a dozen former transgender people are shedding light on what it's really like to change their gender and why it doesn't work.

Walt Heyer, who once lived as a transgender, put compiled stories of former transgender people in a new book called Trans Life Survivors.

The book highlights what they call "trans-regret".

"Trans Life Survivors showcases emails from 30 or so people, selected from among hundreds who have written me, concerning what many call 'the biggest mistake' of their lives," writes Heyer.

Heyer, now a Christian minister, offers encouragement and hope to others who want to de-transition back to their innate birth gender.