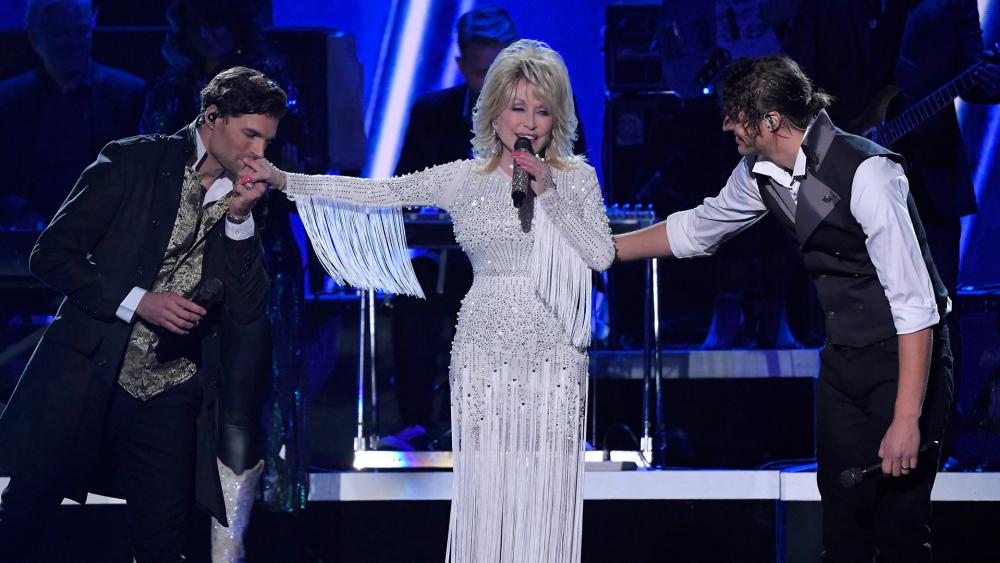 Country music legend Dolly Parton won her ninth Grammy Award Sunday for her collaboration with the Christian band For King and Country on their single "God Only Knows."

The artists won in the Best Contemporary Christian Music Performance and Song category.  Back in November, Parton posted news of her two Grammy nominations to Instagram writing: "What incredible news to be nominated for two Grammy Awards!" the singer wrote. It's always such a sweet thing when your peers recognize and celebrate the music you make. To have a nomination with Linda Perry for "Girl In The Movies," the song we wrote together for Dumplin' means so much. And then to share another with my new friends Joel and Luke Smallbone from @forkingandcountry on our duet "God Only Knows"...well, I am one happy girl today!"

Parton was not in attendance at the Grammy ceremony but King & Country band members, Joel and Luke Smallbone recognized her and expressed their gratitude for the opportunity to work with her.

"To dear Dolly Parton who is an incredible human being. It's one of the great moments of our career to collaborate with her and her team. She said 'I love this because it's reaching to the marginalized, the depressed, the suicidal, which is all of us at some point.'"

and of course to the dearest @DollyParton for collaborating on this one with us.

CBN News previously reported that over 5 million YouTube viewers agreed that it was amazing to see Dolly join in with this song of hope:

In the end, Parton says her main desire in life is to glorify God. She previously released two other faith-centered singles titled "There Was Jesus" and "Faith."

She recently told CBN News, "I pray every day. I pray about everything. I ask God to lead me and guide me in all the decisions I make – and to bring all the good and right people into my life and to let me do something to glorify God and uplift mankind."