'There Was a Time When the Devil Had Me': Kanye West Ministers to 12,000 at TN Youth Conference 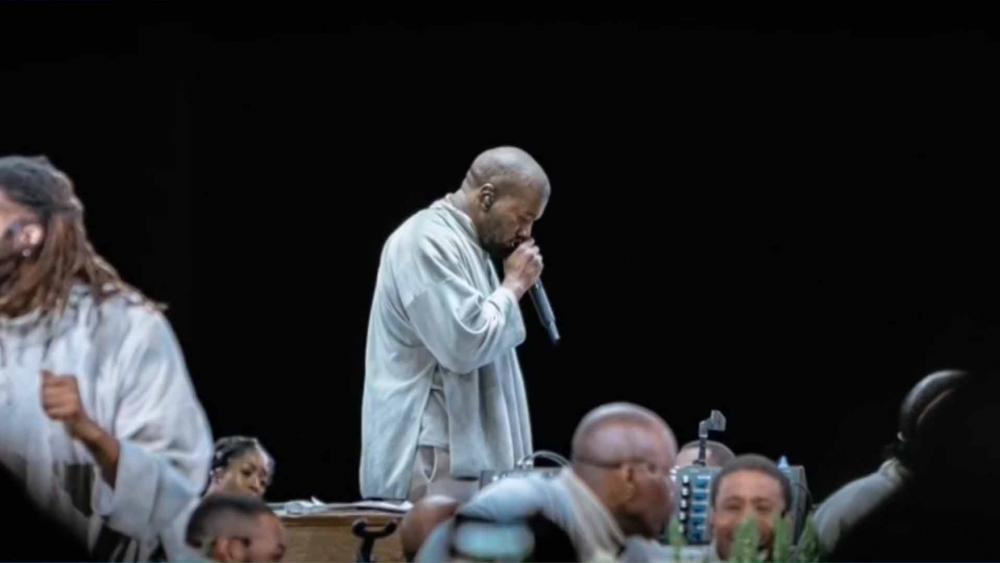 Kanye West and his Sunday Service Choir performed at the Strength to Stand Christian youth conference in Pigeon Forge, TN over the weekend.

West stepped onto the stage and powerfully spoke the lyrics from "Jesus is King," "Follow God" and "Closed on Sunday."

Standing before more than 12,000 students, West proclaimed, "I believe Jesus died for my sins. There was a time when the devil had me," The Christian Post reports.

“I believe Jesus died for my sins. There was a time when the devil had me,” #KanyeWest testified before the 12,400 students gathered for the Strength to Stand Conference on Sunday.

“Do you know the good news? Jesus can save a wretch like me.”https://t.co/l2uxRTmjVS

"Do you know the good news? Jesus can save a wretch like me," he continued. Along with his choir, he sang the words, "I stretch my hands to you/Father I stretch."

The event featured big names in the Christian sphere, but when Kanye announced he was bringing his Sunday Service choir, interest went through the roof and the free event was booked to capacity within minutes.

Sunday Service with Ye at @strengthtostand

Since 1994, Scott Dawson and his organization, the Scott Dawson Evangelistic Association, have held Strength to Stand in Pigeon Forge.

Dawson explained that he discussed the conference with West 10 weeks ago after needing a replacement for John Crist, the former headliner for the conference.

He said that some people discredit the rapper's conversion to Christianity but he is certain that West is a fellow believer.

A SERVICE SO NICE WE DID IT TWICE.

Altogether, 17,000 students took part in the three-day conference - the largest gathering to date. Dawson said that on the first night of the event, more than 400 students dedicated their lives to Christ.

"We're just humbled that we were able, through a divine orchestration, to deliver a cultural icon like Kanye West and the transformational power of the gospel," Dawson said.

Kanye and his gospel group have been making headlines with pop-up services at places like Coachella, an appearance at Lakewood Church with Joel Osteen, and most recently at the Lincoln Center with an opera called "Mary," describing Jesus' birth from the perspective of His mother.