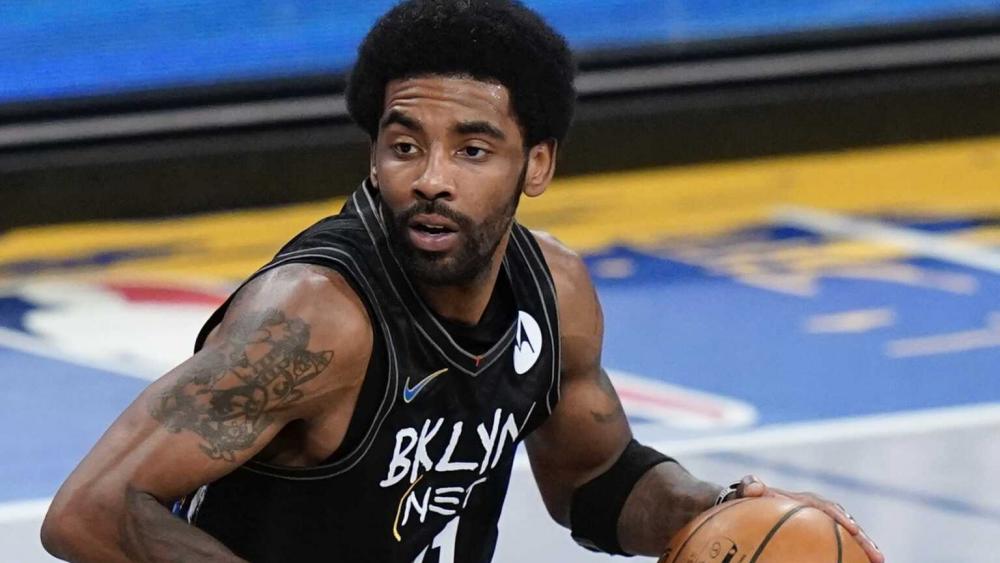 Brooklyn Nets point guard Kyrie Irving is jeopardizing his position as one of the highest-paid players in the NBA over his refusal to get vaccinated against COVID-19. But so far, he’s not backing down.

In fact, according to a report from The Athletic, Irving’s rejection of the shots has nothing to do with any opposition to vaccination. Rather, he’s purportedly refusing the inoculation in protest of the Americans losing their jobs due to vaccine mandates.

The outlet reported that “multiple sources with direct knowledge of Irving’s decision have told The Athletic that Irving is not anti-vaccine and that his stance is that he is upset that people are losing their jobs due to vaccine mandates.”

“It’s a stance that Irving has explained to close teammates,” the site reported. “To him, this is about a grander fight than the one on the court and Irving is challenging a perceived control of society and people’s livelihood, according to sources with knowledge of Irving’s mindset.”

A separate source said Irving “wants to be a voice for the voiceless.”

When all is said and done, the Brooklyn star could lose more than $18 million this season, so long as he continues to refuse vaccination, which is mandated to enter facilities in New York City.

In addition to city mandates, the Nets have barred Irving from rejoining team practices or participating in away games unless and until he falls in line with the vaccination rule.

“The financial consequences, I know I do not want to even do that, but it is reality that, in order to be in New York City, in order to be on a team, I have to be vaccinated,” Irving, 29, said on an Instagram Live this week, Forbes reported. “I chose to be unvaccinated, and that was my choice, and I would ask you all to just respect that choice.”

Sports commentator Stephen A. Smith ridiculed Irving for his decision to forego vaccination, describing it as “the stupidest nonsense” he’s “ever seen.”

He took particular issue with reports that Irving is refusing the shots over a moral objection to vaccination mandates, blasting the NBA star for “compromising” money and his team’s success “because you want to give a voice to the voiceless.”

“Really?” Smith said. “And how is that going to work out for you, Kyrie Irving? You’re going to disappear from the game of basketball. Who the [expletive] is going to be interested in what you have to say? You have proven you can’t even be trusted enough to do your [expletive] job — a job you volunteered for.”

Irving is hardly the only NBA player to speak out against vaccination requirements.

Golden State Warriors forward Draymond Green said in early October it’s not his place to tell his teammates to get inoculated against COVID-19.

“You have to honor people’s feelings and their own personal beliefs,” he said. “I think that’s been lost when it comes to vaccinated and non-vaccinated. … You say we live in the land of the free. Well, you’re not giving anyone freedom, because you’re making people do something, essentially. Without necessarily making them, you’re making them do something.”

“That goes against everything that America stands for — or supposedly stands for,” Green added. “And so … I know I’m not in any position to tell him what he should or shouldn’t be doing and, as a leader of this team, I’m not gonna go to him [and tell him to get vaccinated].”

NBA superstar LeBron James offered a similar take, saying people should be free to make their own decisions regarding vaccination against the virus.

Orlando Magic forward Jonathan Isaac also recently explained to reporters he is skipping vaccination for now because he has had COVID-19, arguing his natural immunity negates the need for inoculation against the illness.

Others, too, like ESPN host Sage Steele, have pushed back against mandates.

Steele, who is vaccinated, called out her employer, The Walt Disney Company, for mandating all staffers take the shots. She condemned the requirement as “sick” and “scary.” Just days after making the remarks, the “SportsCenter” broadcaster apologized. She was nevertheless temporarily suspended for her condemnation of the rule.

She returned to the anchor desk Thursday.