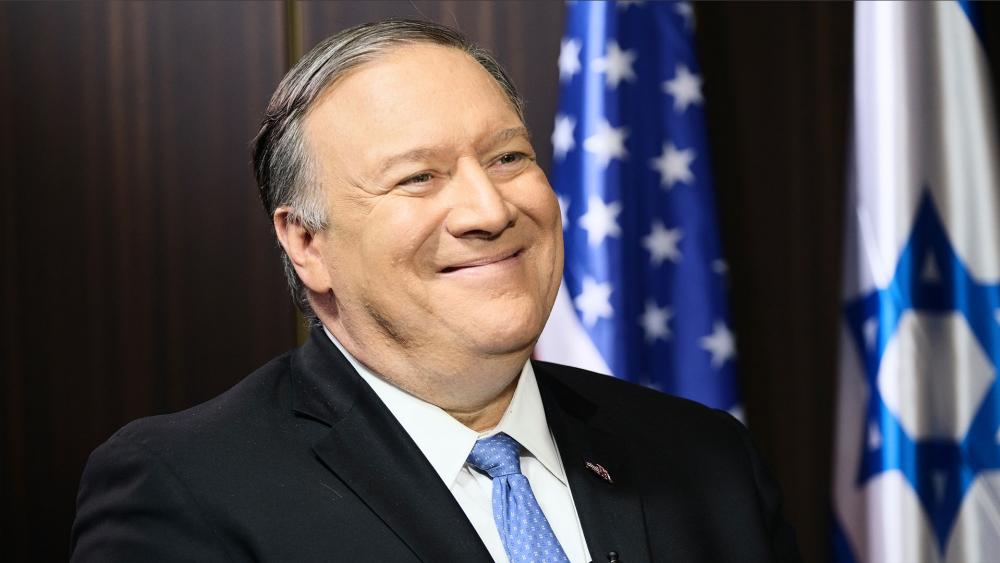 JERUSALEM - Secretary of State Mike Pompeo tells CBN News it is very possible that President Trump is a modern-day Esther poised to defend Israel and save the Jewish people.

CBN's Chief Political Analyst David Brody and Middle East Bureau Chief Chris Mitchell sat down with Pompeo for an exclusive interview during his trip to Jerusalem.

The interview touched on politics, policy, and spirituality.  Pompeo is a strong Christian who experienced a refreshing time in the Holy Land. He had a particularly impactful experience at the Western Wall.

President Trump showed that strong commitment again by announcing that it’s time for the US to fully recognize Israel’s sovereignty over the disputed Golan Heights.

After 52 years it is time for the United States to fully recognize Israel’s Sovereignty over the Golan Heights, which is of critical strategic and security importance to the State of Israel and Regional Stability!

The announcement was music to the ears of Israeli Prime Minister Benjamin Netanyahu.

"He did it again. First, he recognized Jerusalem as Israel's capital and moved the embassy here. Then he pulled out of the disastrous Iran treaty and reimposed sanctions. But now he did something of equal historic importance: he recognized Israel's sovereignty over the Golan Heights,” Netanyahu told reporters at a press conference.

Netanyahu called it a “Purim miracle,” as Jews around the world celebrate how God saved them, through Esther from the evil Haman and the Persians.  With modern-day Persians in Iran threatening them now and with President Trump boldly making moves in support of Israel, it begged for an obvious question.

“Could it be that President Trump right now has been sort of raised for such a time as this, just like Queen Esther, to help save the Jewish people from the Iranian menace?”  Mitchell asked Pompeo.

“As a Christian, I certainly believe that’s possible,” he replied. “It was remarkable – so we were down in the tunnels where we could see 3,000 years ago, and 2,000 years ago – if I have the history just right – to see the remarkable history of the faith in this place and the work that our administration’s done to make sure that this democracy in the Middle East, that this Jewish state remains.  I am confident that the Lord is at work here.”

BELOW: Why Secretary of State Mike Pompeo Says Trump Is a Possible Queen Esther, Poised to Defend Israel

But with all the benefits Israel has received from this administration, many evangelicals and Israelis are concerned there will be a price to pay in the long-awaited Mideast peace plan.

Pompeo tried to allay their fears.

“I’ve seen the details of the plan as it stands now.  I’m sure there’ll be things moved just a bit as time goes on, but evangelicals of the world should know that this is a vision for what might ultimately lead to this resolution of this conflict,” he explained.

“I think this plan presents a vision for that but doesn’t sacrifice any of these core principles, frankly, of any of the faiths.”

As for the Jewish faith, attacks have been almost a way of life. Recently, anti-Semitism has seen a resurgence worldwide and even surfaced within the Democrat party. Congresswoman Ilhan Omar (D-MN) has come under fire for some of her remarks.

“To see this from a member of Congress like Congresswoman Omar is – I talked about this being dark.  The rise of anti-Semitism in the United States and in Europe and in, frankly, all across the world is something that is deeply troubling, and to see someone – a duly elected congressman – behave in that way, to speak about anti-Semitism in that way, is of great concern.  It’s a great concern to me.  This administration speaks the truth, and anti-Semitism is unacceptable in any form from anyone, but to see it come from one of America’s leaders is just abhorrent,” said Pompeo.

Another concern, especially among many evangelicals, was President Trump’s announcement to pull troops out of Syria, turning Christians and many others in the region into sitting ducks. Since then, the administration now says a military presence will remain, something the Secretary of State backed up in our conversation.

“When we think about Syria in the Trump administration, we think about the entire region, right, extending from Iraq all the way to the Mediterranean,” Pompeo explained. “We were just talking about Lebanon.  The challenges in Syria remain.  The United States intends to remain.  We are close to the destruction of the caliphate.  It will be completed very, very soon.  But the threat from radical Islamic terrorism continues.  And so there will be a required continued effort from the United States to push back against ISIS in the region. “

BELOW: 'The United States Intends to Remain' in Syria: Pompeo Says US Will Continue Fighting Islamic Terror in Mideast

Being America’s top diplomat is not for the faint of heart but the good news is that Pompeo says he is rooted in the most important thing.

“The task that I have is informed by my understanding of my faith, my belief in Jesus Christ as the savior,” the secretary of state said. “It doesn’t drive answers and outcomes every day; we all as Christians are searching.  But it does inform how I try to treat every human being with dignity and respect in ways that Christians ought to.  I don’t always live up to that standard, but it does inform the way I think about the world.  I think that makes a real difference, and so I want people to know.  It’s why I talk about it from to time.  I want folks to know the perspective that I am bringing to the challenges in the job that I face, and it also requires me to try to hold myself to the standards that Christians hold themselves out for.”

The next stop on the secretary's Middle East tour is Lebanon where he will urge leaders to fight Hezbollah's terror tactics.

Netanyahu is also set for an upcoming trip and will be coming back to Washington in a few days to meet with President Trump. 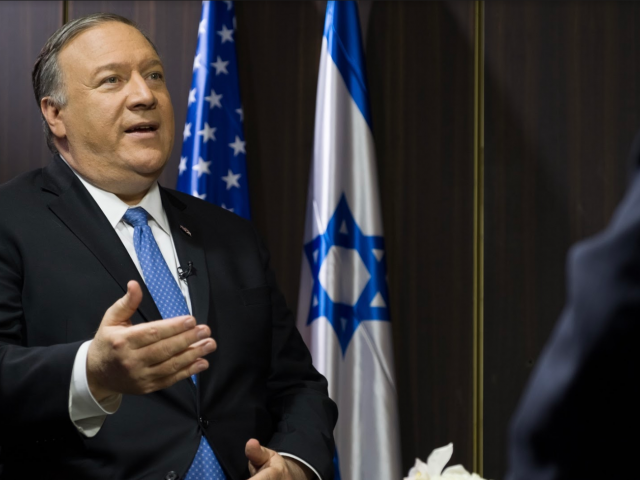 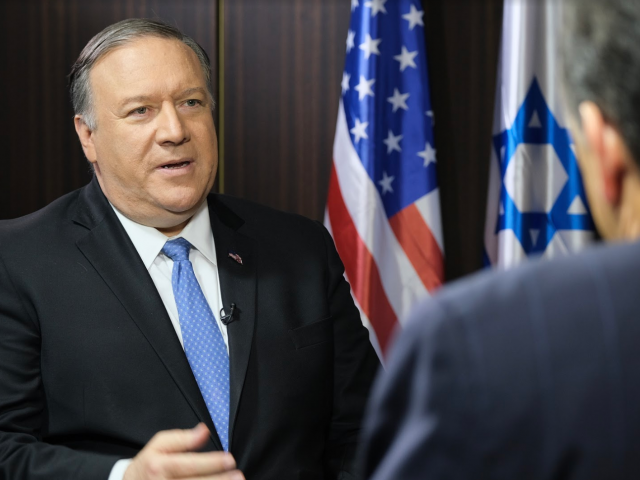 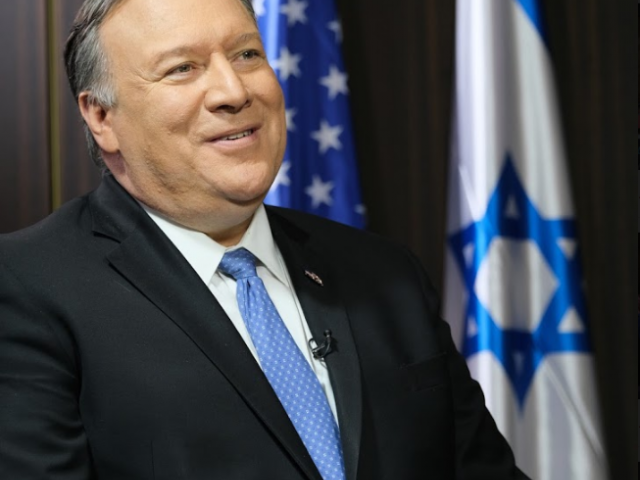 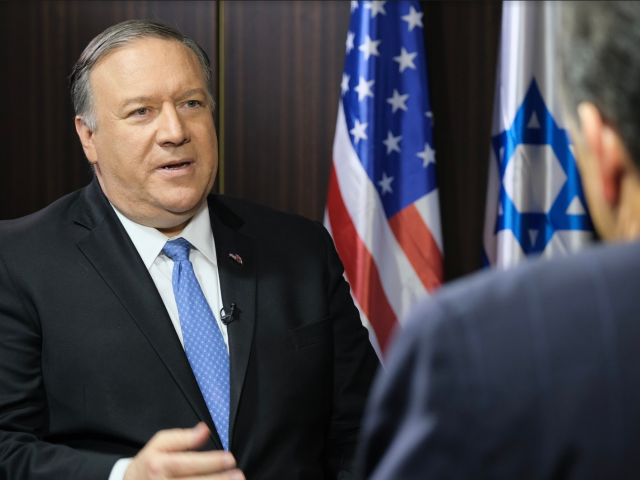 'The United States Intends to Remain' in Syria: Pompeo Says US Will Continue Fighting Islamic Terror in Mideast