Easter Will Look Different in Jerusalem, but the Gospel Message Remains the Same 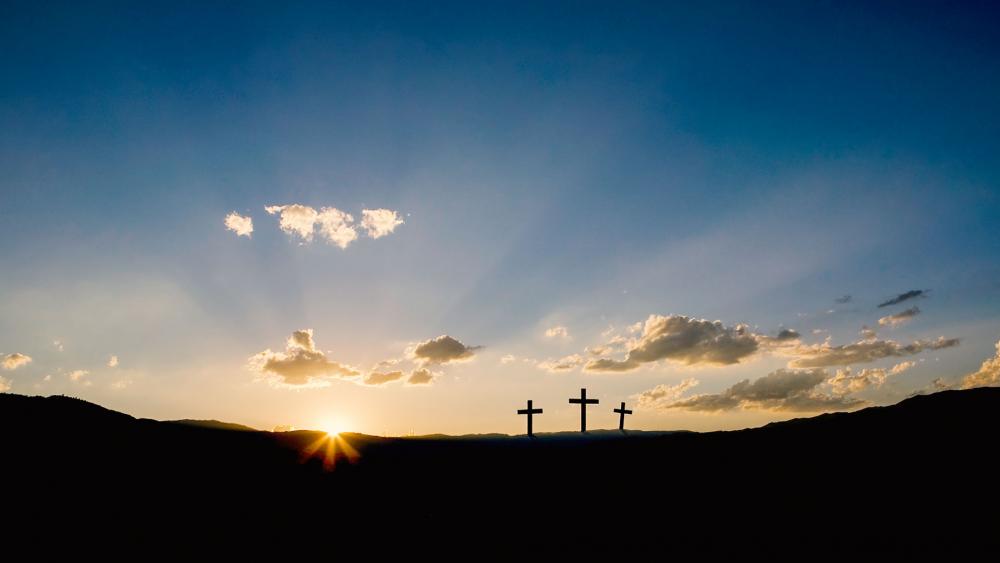 6148030689001
Easter Will Look Different in Jerusalem, But the Gospel Message Remains The Same

JERUSALEM, Israel - The coronavirus has changed the way churches around the world will be celebrating their Good Friday and Easter services. That’s also true in Jerusalem – the city where it all began.

The Via Dolorosa is the path in Jerusalem’s Old City traditionally believed to be the route Jesus took on the way to His crucifixion on the cross. Each Easter, the winding route is bursting with Christian pilgrims from all over the world there to retrace his steps.

This year on Good Friday the Via Dolorosa in the heart of Jerusalem will be empty since all outdoor processions have been canceled by the government because of COVID-19.

“Usually in such seasons, the city is overloaded with people. Now the roads are empty,” said Wadie Abunassar, Spokesman for the Catholic Bishops of the Holy Land. “We won’t have practically any outdoor activities… all prayers will be held with very, very minimal participation.”

That also holds true in the Garden Tomb just outside the walls of Jerusalem’s Old City where many people believe Jesus was laid in an ancient tomb and then rose from the dead.

The Garden Tomb Association has held Easter sunrise services for years, many of them broadcast by CBN. This year, the organization in partnership with CBN will present a special audience-free broadcast from the Garden Tomb.

“Normally there are thousands of people here on Easter morning but this year we could only allow four people on camera at a time. And so we had to have people come in at different times for the readings, different times to do the music to make sure restrictions were adhered to,” said the Garden Tomb Association’s Simon Holland.  “The Easter Service we have planned now is going to be a mix of readings from the community that are still here of prayer, praying for those victims and those who are suffering from the virus.”

Abunassar believes that despite the circumstances, there’s cause for hope.

“It is a very sad moment but I do believe it is also an opportunity for prayer and reflection because God can be adored everywhere not only in the holy places,” he said. “St. Paul says everything is working for the sake of those who love God. I believe that God in His divine wisdom might require us to reflect and pray more. And I do believe this is an opportunity, especially for the families, in the nuclear families to pray more, to reflect more.”

“It will look very different from previous years, obviously because there are no people who are allowed to attend it. But we still believe it will be an act of worship to God because the ministry of the Garden Tomb is about a place of worship and witness and prayer and that will continue even though this virus,” he said

Regardless of the government restrictions because of the coronavirus, Abunassar and Holland say the message of Easter remains the same.

“This Guy is my message,” he said, pointing to a statue of Jesus. “We believe in a resurrected Lord and death, even despite all difficulties, Easter reflects that life will prevail. That death and crucifixion is only one station on our way to resurrection.”

CBN viewers can still take part in one Easter tradition from Israel. This Sunday, April 12, join us for a special Easter service from the Garden Tomb. CBN and the Garden Tomb Association are working together to remind us of the angel's message that first Easter morning 2,000 years ago: "He is not here. He is risen from the dead!"