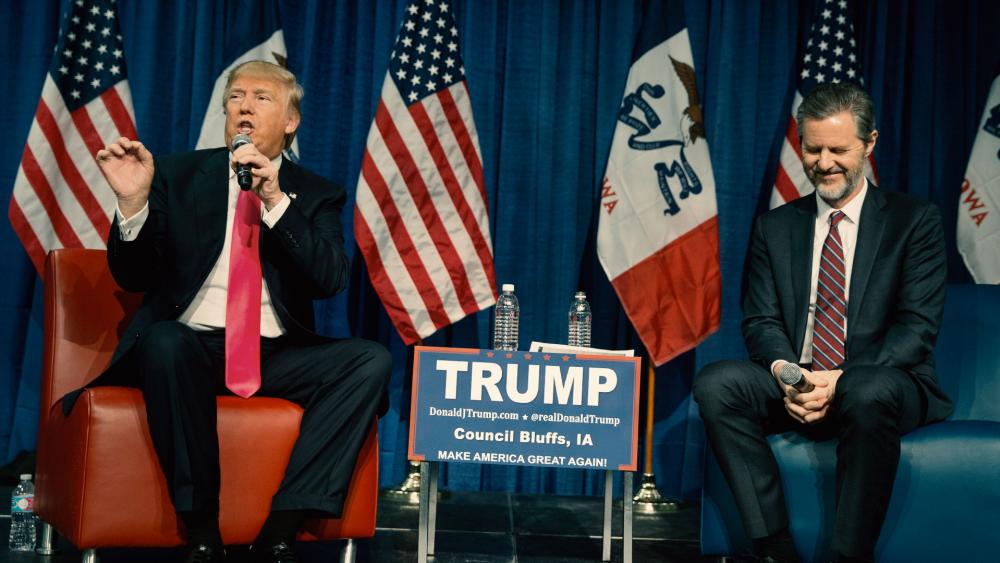 Jerry Falwell Jr., chancellor of Liberty University, says he has been asked to lead a presidential task force on higher education reform.

Falwell told The Associated Press that he spoke with Steve Bannon, Trump's senior strategist, about the role and said the aim will be "to get the government off the backs of higher education."

Falwell is scheduled to discuss the task forces with the president on Wednesday.

Falwell spoke with CBN News during Trump's inauguration, and while he would not say what his exact role would be within the administration, he assured CBN that he would be playing some part in it.

He also discussed the changes he would like to see when it comes to education.

"I think the Department of Education is intruding far too much into the accreditation process and into how colleges are operated," Falwell explained.

"They micro-manage the colleges and they make the student loan process much more difficult than it has to be. That's one area I will be focused on," Falwell continued.

Falwell was offered the position of education secretary, but he turned it down for personal reasons, stating he did not want to relocate his family.

He says Betsy Devos is a great choice.

Falwell was an early Trump supporter. He invited then candidate Trump to speak at Liberty University and endorsed him early in the campaign.

That support was met with some criticism, most often from Liberty University students.