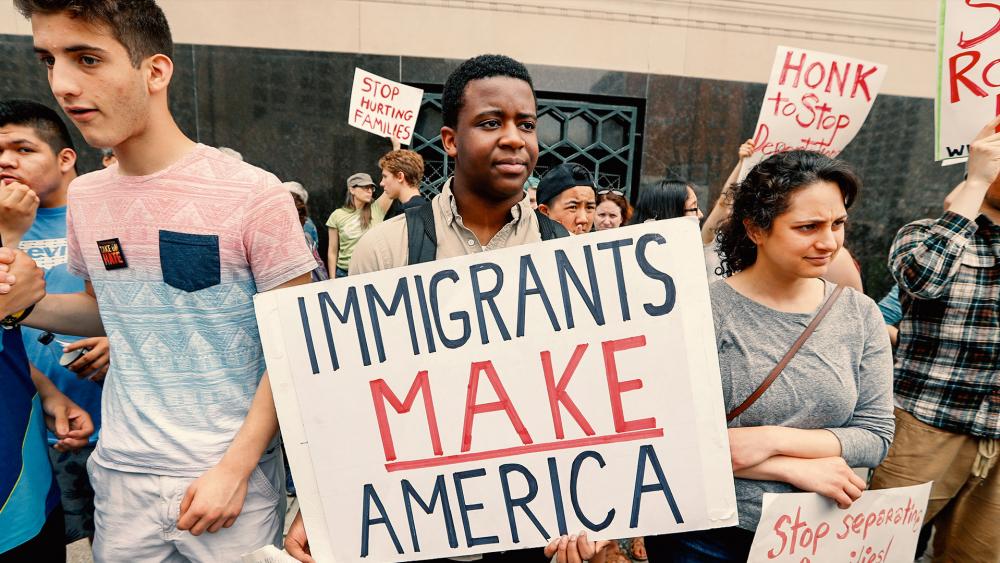 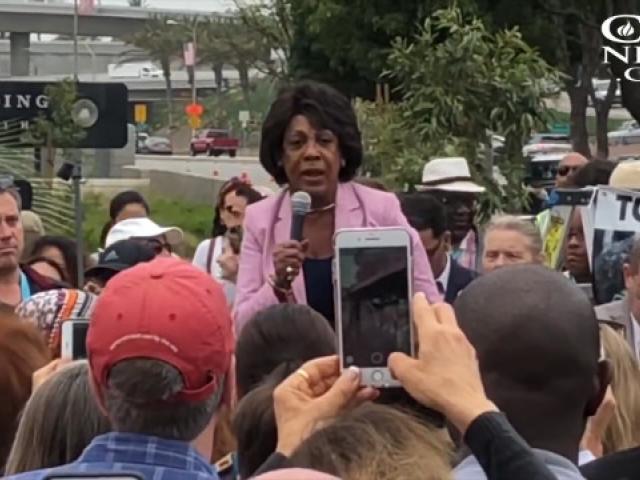 WASHINGTON – As lawmakers work to hash out an immigration deal this week, President Donald Trump and members of his administration are feeling the heat.

Over the weekend White House Press Secretary Sarah Sanders was asked to leave a restaurant in Lexington, Virginia.

Protesters also shouted down Department of Homeland Security Kirstjen Nielsen at a restaurant near the White House and heckled her outside her home, calling her a "modern-day Nazi." All DHS employees have been warned to take precautions.

Meanwhile, Rep. Maxine Waters (D-CA) is siding with Sanders' and Nielsen's detractors, encouraging more of these kinds of protests.

"If you see anybody from that Cabinet in a restaurant, in a department store, at a gasoline station, get out and you create a crowd," Waters told a group of her supporters.

She also called out Attorney General Jeff Sessions for using the Bible to defend the Trump administration's immigration policy.

"And guess what? We're going to win this battle because while you try and quote the Bible, Jeff Sessions, you really don't know the Bible. God is on our side," she said.

READ: 'Rip Barron Trump from His Mother's Arms...Put Him in a Cage with Pedophiles': Hollywood Loses Its Mind Over Border Kids

In the face of the uproar, President Trump is doubling down on his zero-tolerance immigration policy while the administration works to reunite children with their parents.

"We need people that can help us," he told former Arkansas Gov. Mike Huckabee. "We want a merit-based immigration system. We need safety; we need the wall. The wall's gonna happen."

Trump is blaming Democrats for the border debacle and suggests he wants all illegal immigrants sent back immediately without any court action.

"We cannot allow all of these people to invade our country. When somebody comes in, we must immediately, with no judges or court cases, bring them back from where they came," he tweeted Sunday.

DHS reports more than 500 kids have been reunited with their parents, although about 2,000 are still separated.

The Pentagon is now preparing to house detained immigrants on at least two military bases, but there are questions about how long families and children can be held. Right now, children can't be held for longer than 20 days.

Looking ahead, Republican lawmakers are expected to vote on a consensus bill this week. Congressman Mike McCaul (R-TX) said Sunday the measure will deal with the detention of families.

"We at minimum have to deal with family separation. I am a father of five. I think this is inhumane," McCaul told Fox News, adding that he's hopeful the bill will make it out of the House. "I am the eternal optimist. I do think there are 218 Republicans that agree with the four pillars."

But that could be easier said than done and even if Republicans can get enough votes to pass it in the House, the bill faces an uphill battle in the Senate.

'Dirty on the Inside!' Trump Blasts VA Restaurant that Booted Sarah Sanders Because She Works for Him
CBN News Email Updates