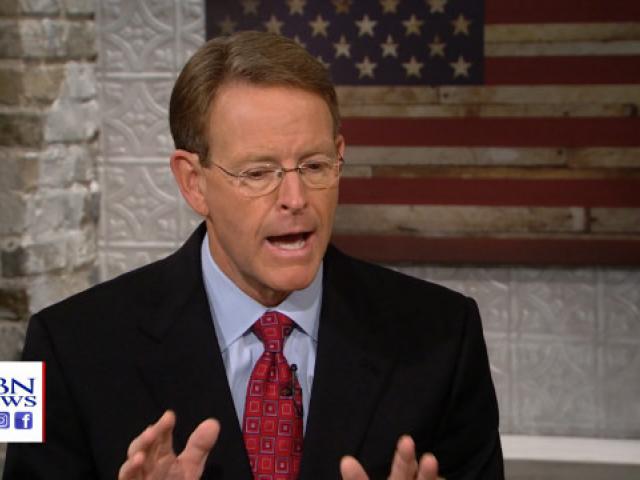 WASHINGTON – This year's annual Values Voter Summit drew some of the biggest names in conservative politics, each of whom weighed in on everything from the economy to religious freedom to the controversial Brett Kavanaugh hearings.

Defending the judge, Pence said he has "impeccable credentials and a proven judicial philosophy," adding that he has established a "strong record of support for limited government, religious liberty and our Second Amendment."

"He is a conservative who will interpret the Constitution as written," he continued. "And his record and a career deserves the respect of every member of the United States Senate. But honestly, the way some Democrats have conducted themselves during this process is a disgrace and a disservice to the Senate and the American people."

His words seemed to reinforce those of Housing Secretary Ben Carson who shared his thoughts on the matter Friday.

Acknowledging the heinous nature of sexual assault, Carson said, "Sexual predators, people who prey upon people who are weaker than them or in a lower position, is abominable. And there's just no room for it, as far as I'm concerned, OK?"

"Having said that," he added, "we must also recognize that there are two sides to every story."

The Values that 'Made America Great'

On Saturday, Pence also took time to laud the Trump administration's efforts to draw the nation out of a long economic slump as well its efforts to steer the nation back toward the values that "made America great" – something he calls a sharp departure from the previous administration.

"The truth is the last administration stifled our economy under an avalanche of red tape," Vice President Pence charged. "This president has actually signed more bills rolling back federal red tape than any president in American history."

"And while the last administration raised taxes on the American people, this president and this Congress passed the largest tax cuts in American history – that's promises made and promises kept," he continued. "Under President Trump's administration, confidence is back, jobs are coming back – in a word, America is back and we're just getting started."

The Fight Against Religious Persecution

The Trump administration has also been proactive in attempting to stamp out religious persecution. Speaking at the summit Friday, Secretary Pompeo reaffirmed that commitment to defending religious freedom around the globe.

"We are assuring human dignity by advancing one of our most cherished, indispensable liberties, enshrined in the First Amendment. It is our religious liberty," declared Pompeo, a devout Catholic. "Religious freedom is a universal, God-given right, to which all people are entitled. Religious freedom is also a building block for free societies. Our Founders knew this."

Specifically, Pompeo made note of the administration's efforts to secure the release of American pastor Andrew Brunson.

Brunson has been imprisoned in Turkey for nearly two years for simply observing his Christian faith. He has endured numerous show trials, false charges, and could spend the rest of his life in a prison cell.

"We are sparing no effort to return Pastor Brunson home to the United States," Pompeo said. "He has been wrongly held, and the proper role is to return him here to practice his faith in our great nation."

Perkins: Christians Must 'Seize the Day'

The summit is hosted by the Family Research Council and according to the organization's website is a "forum to help inform and mobilize citizens across America to preserve the bedrock values of traditional marriage, religious liberty, the sanctity of life and limited government."

In an interview with CBN News, FRC President Tony Perkins acknowledged all the Trump administration has done to promote and advance conservative values. Perkins said he's never seen anything like it, even during the George W. Bush years.

"I think they really took conservatives for granted," Perkins said of the Bush administration. "This administration does not and as a result, they're not only listening but they're acting upon their concerns."

Perkins believes the time is now for conservatives and Christians to "seize the day."

"This is an exciting time," he said. "I don't know how long the window is here, but I would encourage conservatives, Christians across this country, to be praying, to be voting and to be standing for truth in this time."