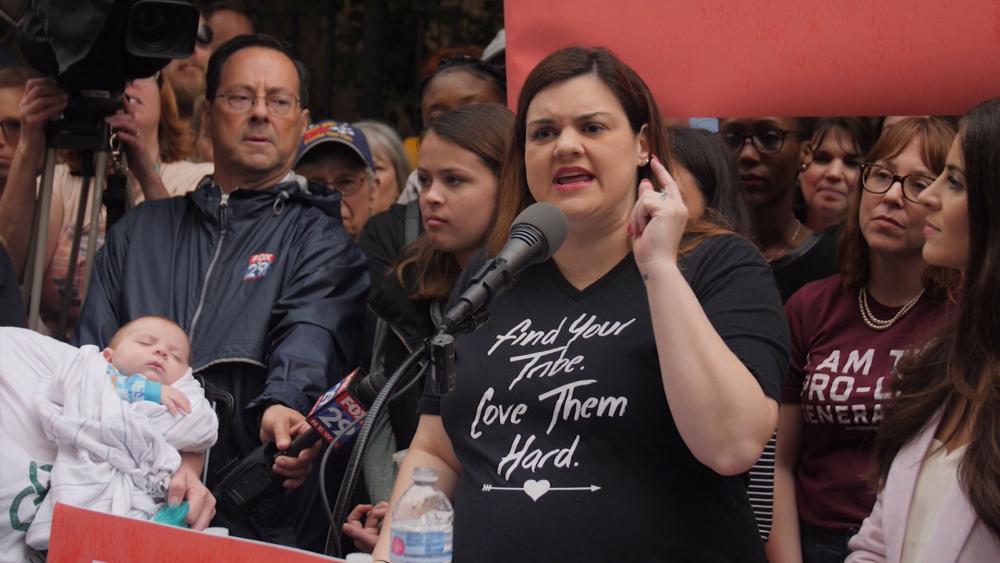 ABOVE:  Abby Johnson appeared on the Tuesday afternoon edition of CBN's Newswatch to talk about her appearance tonight at the Republican National Convention and what she would like to see pro-life wise from President Trump if he's re-elected. Newswatch is seen weekdays on the CBN News Channel.

Pro-life advocate Abby Johnson offered up a preview of her Republican National Convention speech during a recent interview with “The Church Boys Podcast,” explaining that she’s hoping her 5-minute address will be stirring, memorable — and convicting.

“I felt a lot of pressure to make the most provocative, impassioned, memorable pro-life…speech ever made,” she told hosts Chris Field, Lucas Miles, and Billy Hallowell.

Johnson, whose personal story of converting from a Planned Parenthood clinic director to one of America’s most famous pro-life activists was told through the movie "Unplanned", didn’t go into detail about the specific contents of her speech. But she did note that “it’s pretty graphic.”

Listen to Johnson preview her RNC speech at the 9-minute mark (and unveil details about her new podcast, “Politely Rude”):

“I was talking to my husband and I said, ‘They could have asked a lot of people. There are a lot of great pro-life speakers out there and they asked me,’” Johnson said, noting that her “lived experience” is what differentiates her from many others in the pro-life speaker circuit.

She has been a “part of abortion” in the past and has seen it first-hand — something those who saw “Unplanned” know all too well.

Now, Johnson is hoping to make a profound impact through her speech, leaving the audience with a deeply stirring message about the true nature and impact of abortion.

“I feel like people are going to listen to this 5-minute speech and they’re going to walk away,” she said. “And they’re not going to ever be able to say, ‘Wow, we had no idea that those things happen during abortion.’ They’re going to know.”

Johnson added that she likes “shocking people out of their apathy and into action.”

This article was written by Pure Flix Insider. Visit Pure Flix for access to thousands of faith and family-friendly movies and TV shows. You can get a free trial here.