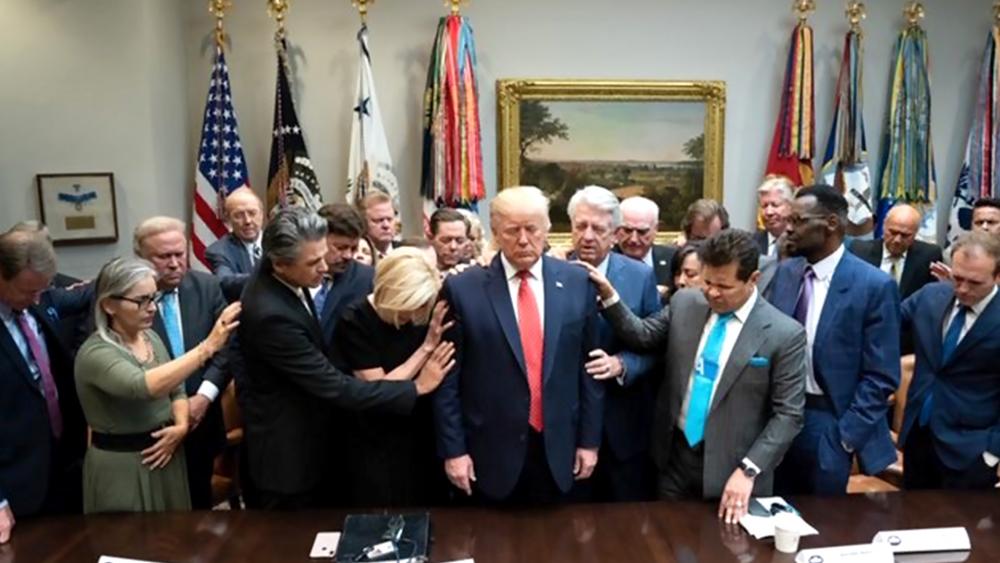 Some of President Trump's conservative evangelical advisers and other Christian leaders are encouraging him as he files legal challenges in several battleground states over the results of Nov. 3's presidential election. However, they are not necessarily joining in the President's claim that he won the election despite former Vice President Joe Biden's electoral lead in those swing states.

The Religion News Service (RNS) reports Ralph Reed, the founder of the Faith and Freedom Coalition, said Trump has the right to request recounts and investigate any reports of election irregularities, including voter fraud.

"As a veteran of the 2000 Florida recount, I take the integrity of elections and the rule of law very seriously," Reed told the RNS. "Donald Trump's campaign is entirely within its rights to pursue legal challenges and recounts where appropriate. This election will be over when those recounts are complete and those legal challenges are resolved — and not until."

Franklin Graham, the president and CEO of the Billy Graham Evangelistic Association and of Samaritan's Purse, an international Christian relief organization, tweeted on Nov. 9 that it will be "the courts who determine who wins the presidency." But he reminded his followers about another situation that could play a key role in determining the course of our nation -- the two Georgia runoff races for the US Senate.

As the courts determine who wins the presidency, there is another key race that is extremely important to the future governance of our nation. January 5 there will be a runoff in Georgia that could change the make-up of the Senate. https://t.co/mgPmm3CLu7

Graham has not claimed there was any election fraud but urged Americans to be patient as some states continue to count votes and the lawsuits are argued in the courts.

The presidential election will be decided when the electors vote in December, he told the RNS during an interview on Wednesday.

"He has a case," Graham said. "That doesn't mean the outcome will change. Our forefathers, when they created the Constitution, realized the election might be contested. That's why the certification isn't until a month or so later. It gives time for disputes to be worked out."

"He shouldn't concede until the process is finished," Graham noted.

Tony Perkins, president of The Family Research Council also echoed Graham in a tweet, writing, "There are a number of steps—under the Constitution, federal, and state law—that still need to occur in the presidential election process."

There are a number of steps—under the Constitution, federal, and state law—that still need to occur in the presidential election process.https://t.co/2hcZtw3j4j

The Rev. Tony Suarez, executive vice president of the National Hispanic Christian Leadership Conference, told the RNS, the President has "every right" to involve the courts. But he said he's realistic that Biden could be our next president and hopes the former vice president would listen to evangelicals.

As CBN News reported, Robert Jeffress, the senior pastor of the First Baptist Church in Dallas, Texas, who has been a supporter and adviser to President Trump, wrote an op-ed for Fox News about what many millions of American evangelical Christians are thinking – that Biden's lead in electoral votes "is a bitter pill to swallow."

But Jeffress, 64, also gave some spiritual advice to all Americans, writing:

"Our faith and our salvation lie not in any human ruler, but in the ruler of rulers, the King of kings..." he said. "The One who occupies the throne of Heaven hasn't changed. The fact that God has established authorities means that by obeying the government, we obey God."

Jeffress reminded all Americans to pray for the next president, no matter what.