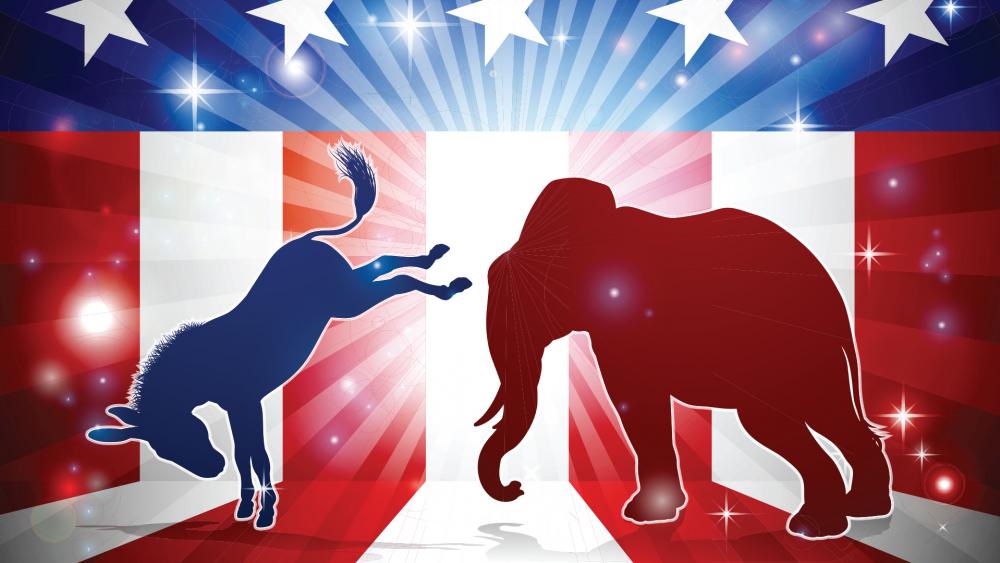 Democrats dominate in DC (Adobe stock image)
6241603125001
'The Future of Our Country Depends on 2 Democrats Right Now': What Happens if Dems Kill the Filibuster

Senate Democrats say all options are on the table to pass President Biden's agenda, including removing the 200-year-old practice of legislative filibusters in the U.S. Senate.

Even with Democrats controlling the House, Senate, and White House, as long as 60 votes are needed to end a filibuster in the Senate, there's only so much they'll be able to pass without bipartisan support from Republicans.

As more Democrats express support for invoking the "nuclear option," or removing the filibuster, Republicans are predicting dire consequences if Democrats permanently change the rules of the Senate to allow legislation to pass with a simple majority.

It's Down to Just 2 Senate Democrats

"I am very concerned because basically the future of our country depends on two Democrats right now not overturning the filibuster," Sen. Rand Paul (R-KY) told CBN News.

"If they both decide to overturn the filibuster, Katy bar the door, I mean, when they talk about transforming the country they'll be able to," Paul continued.

Sen. Paul says he didn't support former President Donald Trump's calls to remove the filibuster when the GOP held the Senate majority and he certainly doesn't support it now.

"If we lose the filibuster, we're in for a world of hurt," he warned.

Manchin Toys With Changing the Filibuster

On Sunday, Sen. Joe Manchin (D-WV) confirmed on Meet the Press he's not ready to fully remove it, but he's interested in changing it.

"Can you imagine not having to sit down, there's no reason to sit down with your colleagues on both sides and have their input?" asked Manchin. "The Senate is the most unique body of government, governing body in the world – it's deliberate."

Manchin did signal he's open to bringing back the talking filibuster, but not removing it completely.

"If you want to make it a little more painful, make them stand there and talk, I'm willing to look at any way we can, but I'm not willing to take away the involvement of the minority," continued Manchin.

The number two Senate Democrat, Dick Durbin (D-IL), argues Republicans abuse the filibuster and he wants to end it.

"When Senator McConnell and others come to the floor and plead for us to hang on to the traditions of the Senate, I would tell you that their interpretation of the traditions is strangling this body," Durbin argued on the floor.

But during Donald Trump's presidency, Durbin argued this to ABC News' George Stephanopoulos when he asked his thoughts on Republicans invoking the nuclear option.

"Well I can tell you that'd be the end of the Senate as it was originally devised and created going back to our founding fathers," answered Durbin.

President Biden suggested this week the Senate should go back to the talking filibuster.

"I don't think you have to eliminate the filibuster," Biden told ABC News. "You have to do with it what it used to be when I first got to the Senate - and that is that a filibuster - you had to stand up and command the floor. Once you stopped talking, you lost that, and someone could move in and say, 'I move the question of.' So you gotta work for the filibuster."

"Even though the American people sent a 50/50 Senate and a narrowly divided House, I don't think they were sending a mandate to completely transform the country in every way liberals want to do that," McConnell told Fox News' Harris Faulkner.

McConnell vows if it goes away, Republicans will use every rule and option at their disposal to stall legislation.

"They're prepared to steamroll the Senate into a majoritarian body just like the House because it inconveniently gets in the way of all they want to do to run up the debt, to raise taxes, and you've seen the disaster at the border," McConnell continued.

Under current rules, Senate Democrats don't have the votes to pass the House-approved Equality Act or the For the People voting reform bill. If the filibuster goes away, those bills and more could become law. 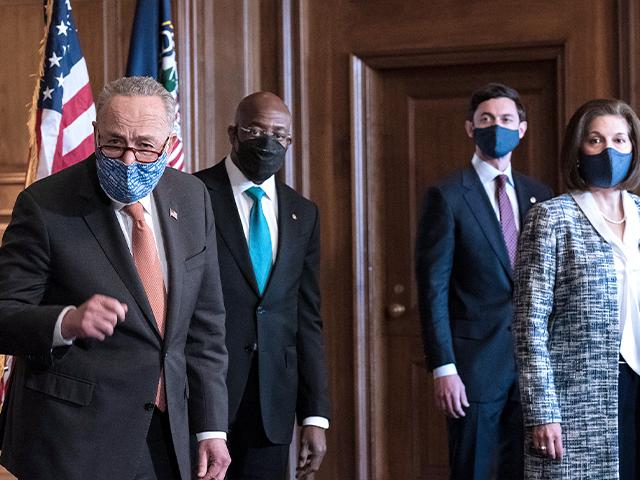