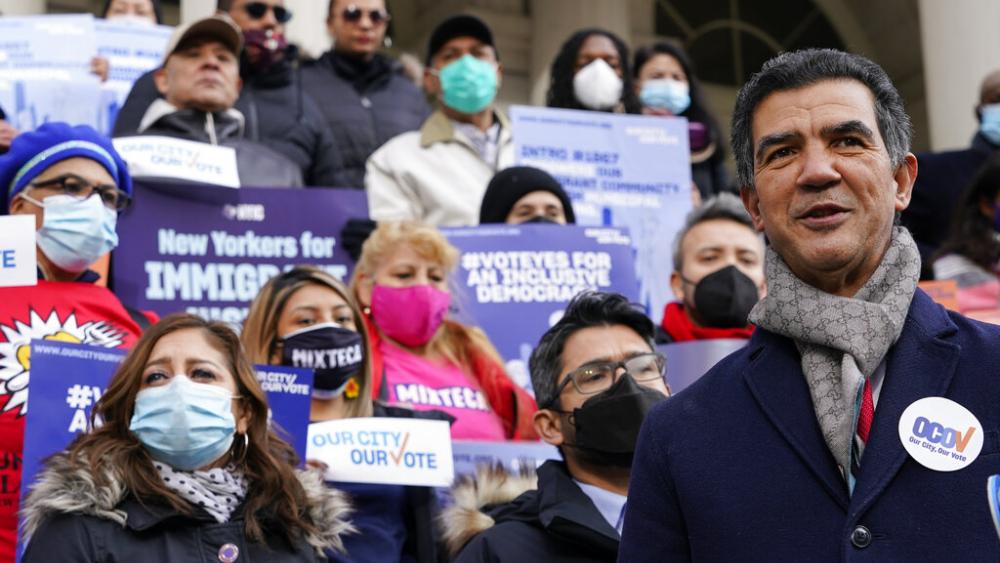 New York City Council Member Ydanis Rodriguez speaks during a rally on the steps of City Hall ahead of a City Council vote to allow lawful permanent residents to cast votes in elections. (AP Photo)

A controversial new voting law is now in effect in New York City after Mayor Eric Adams, a Democrat, allowed the legislation to automatically become law on Sunday.

The so-called "Our City, Our Vote" law allows non-citizens to vote in local elections. Opponents have vowed to challenge the new law, which the City Council approved a month ago. Unless a judge halts its implementation, New York City is the first major U.S. city to grant widespread municipal voting rights to non-citizens.

"I believe that New Yorkers should have a say in their government, which is why I have and will continue to support this important legislation," Adams said in a statement Saturday.

State Republicans are threatening legal challenges against the measure. Opponents say the council lacks the authority on its own to grant voting rights to non-citizens and should have first sought action by state lawmakers.

U.S. Rep. Nicole Malliotakis, who represents Brooklyn in Congress, tweeted Saturday, "Why don't you tell people what the bill actually does: allows 800,000+ non citizens to vote in NYC after 30 days residency, a right reserved for citizens by the New York State Constitution…"

"We'll see you in court," she told Adams.

Why don't you tell people what the bill actually does: allows 800,000+ non citizens to vote in NYC after 30 days residency, a right reserved for citizens by the New York State Constitution…

We'll see you in court. https://t.co/HDiHHm6SSJ

Councilwoman Inna Vernikov (R-Brooklyn), a native of Ukraine, told the New York Post last month extending voting rights to non-citizens is a "slap in the face" to immigrants who worked hard to earn their citizenship.

The first New York City elections in which non-citizens would be allowed to vote would be sometime next year.

More than a dozen communities across the U.S. already allow noncitizens to cast ballots in local elections, including 11 towns in Maryland, two in Vermont, one in New York state, and San Francisco, California.

In 1996, Congress passed a law prohibiting noncitizens from voting in federal elections, such as U.S. House, U.S. Senate, and presidential elections. The federal law does not address state or local elections, according to Ballotpedia.

The law also carries the penalty of a fine, one year in prison, or both.

As CBN News reported in December, the move allows non-citizens to vote for the mayor, city council, comptroller, and the heads of the city's five boroughs. It would allow non-citizens who have been lawful permanent residents of the city for at least 30 days, as well as those authorized to work in the U.S., including so-called "Dreamers", to participate in local elections.

However, non-citizens still wouldn't be able to vote for president or members of Congress, since those are federal races, or in the statewide NY elections that pick the governor, judges, and legislators.

Special ballots will be prepared to prevent non-citizens from voting in statewide and national contests.

Just one day after the New York City Council voted to pass the questionable city ordinance, Florida Republican Sen. Marco Rubio announced plans to introduce legislation to withhold federal funds from cities that permit people who are not citizens to vote.

"No city which allows non-U.S. citizens to vote should receive U.S. government funds," Rubio wrote in a tweet. "Next week I am going to file a bill to make that the law."

Albany Law School Prof. Vincent Bonventre told the Post that federal law on the issue seems clear to him. "Although the provision does not explicitly say that a 'non-citizen may not vote' or that only citizens may vote, the implications seems pretty clear that the right to vote is exclusive to citizens—they are the only ones mentioned and nothing else suggests the right to vote may be extended to others."

Some states including Alabama, Arizona, Colorado, and Florida have adopted rules that would preempt any attempts to pass laws like the one in New York City. 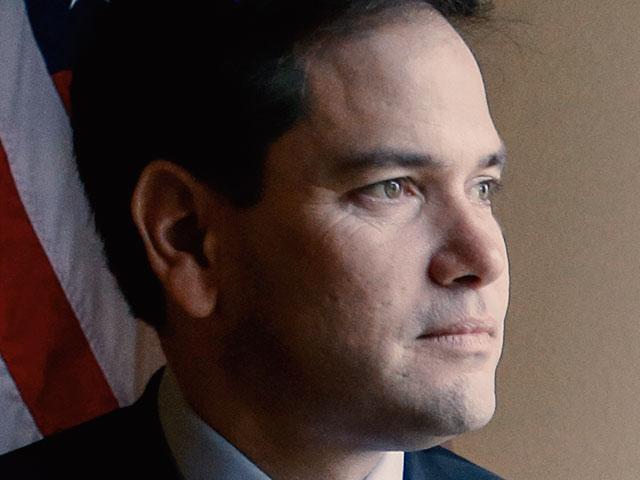 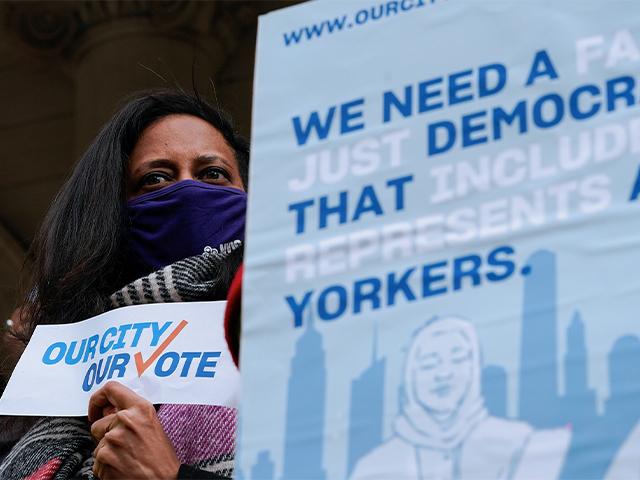