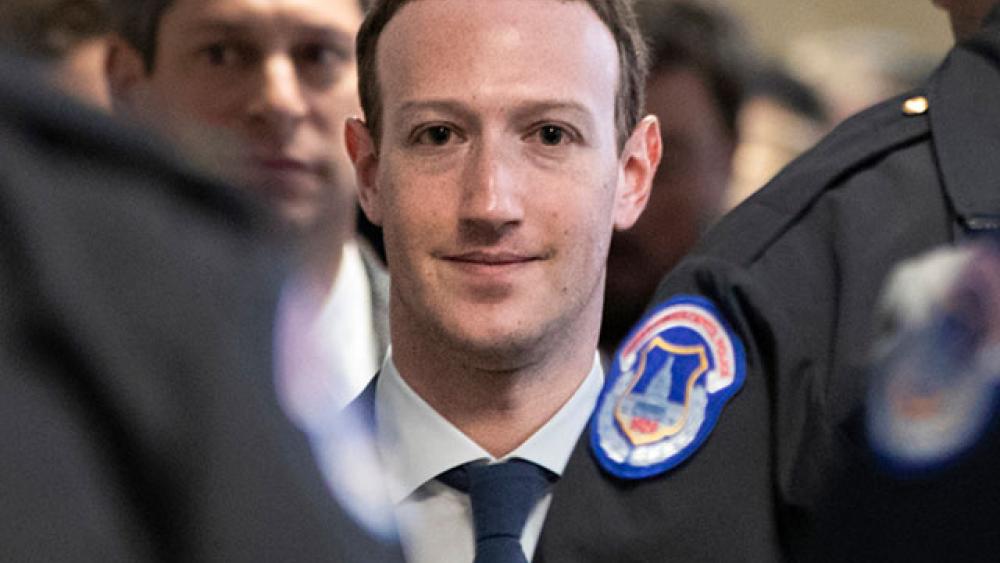 Facebook CEO Mark Zuckerburg may believe that regulation of the social media industry is "inevitable" but that may or may not solve what many faith leaders and conservatives know happens regularly: their content is blocked.

Lila Rose, a pro-life activists and founder of Live Action, has experienced it first-hand, unable to advertise content including the medical animation of an abortion procedure. "The reality is Facebook can define hate speech however they want," she told CBN News, "they refuse to be held accountable."

CBN News has reported other instances, including Facebook rejecting a Catholic university ad that featured a picture of a cross to commemorate Easter.

On Tuesday during a hearing on Capitol Hill, Sen. Ben Sasse (R-NE) grilled Zuckerburg around the issue of hate speech, particularly when it comes to the abortion debate.

"Can you imagine a world where you might decide that pro-lifers are prohibited from speaking about their abortion views on your platform?" said Sasse.

Zuckerberg responded, "I certainly would not want that to be the case."

But Zuckerberg never fully answered what he thinks hate speech is. That's no surprise says Nico Perrino, a spokesman for FIRE, a First Amendment advocacy organization. "Nobody can write a hate speech code in a way that doesn't open up the possibility for unintended censorship," said Perrino, "we've seen that repeatedly when college campuses try to write these codes. Everyone has a different definition of what is hateful expression."

Free speech advocate Nicole Neily, the president of Speech First, says she'd like to see Facebook be more open about its censorship. "It would be one thing if Facebook is transparent but they pretend to be 'we're open to all comers,' " she told CBN News.

Neily says government regulation could have the unintended consequence of stifling social media competition, making it harder for other social media networks to emerge.

Zuckerberg alluded to that Wednesday as well, noting that new companies could struggle with extensive government regulations. "That might be more difficult for a smaller startup to comply with," he said.

Kristan Hawkins, the president of Students for Life of America (SFLA) said she doesn't believe that government should tell private businesses how to operate.

She's calling for more consumer education about viewpoint discrimination on social media networks like Facebook and Twitter.  "We can definitely raise awareness that there's a double standard," she said.

Hawkins argues that it's actually in Facebook's best interest to welcome all viewpoints.  "If they want to grow their base, have more consumers, make more dollars--they have to be accommodating to speech that they may be opposed to, that they don't like," she said.

Jim Daly, president of Focus on the Family, told CBN News on Wednesday that he's following the testimony, including the exchange with Sasse and said he's concerned about the the struggle with platforms that he described as "a little more harsh to conservative thought, conservative principles."

He said that he's open to considering government regulation, but "very cautious" about it.

Rose said she thinks that ultimately, Facebook faces an identity question. "It comes down to determining is Facebook a publisher or a platform?" she said, "if it's a platform it needs to allow all viewpoints."

If Facebook decides it's a publisher then it can take sides, said Rose but will have to adhere to different regulations.

In an exchange with Sen. Ted Cruz (R-TX) he insisted that Facebook is open to all viewpoints.

"I am very committed to making sure that Facebook is a platform for all ideas," he said, "That is a very important, founding principle of what we do. We're proud of the discourse and different ideas that people can share on the service, and that is something that as long as I'm running the company, I'm going to be committed to making sure is the case."