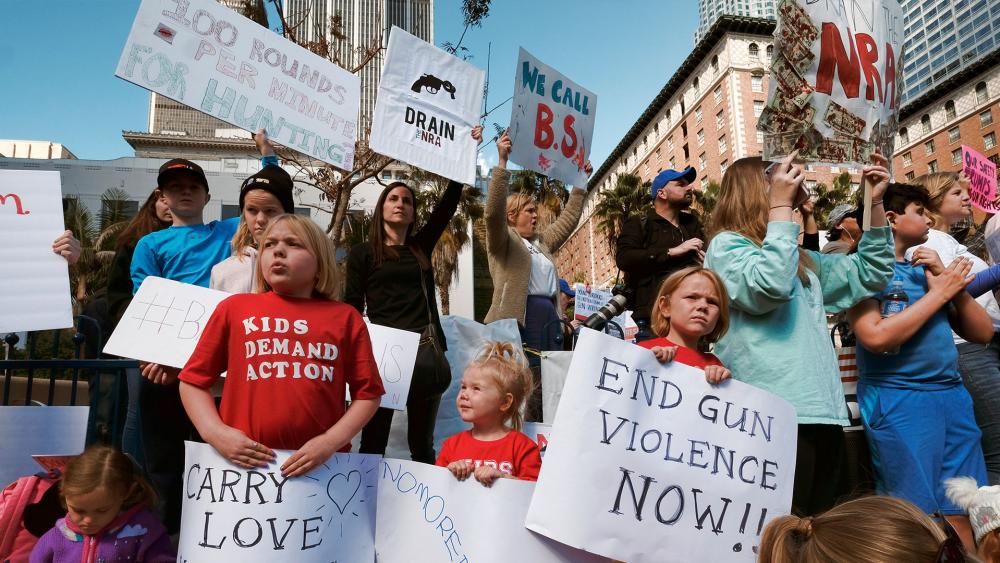 5737172677001
This Time Could Be Different: Why the Florida School Shooting Could Bring About New Gun Control

Lawmakers are looking to find ways to prevent more mass shootings in the wake of last week's high school attack which left 17 dead and many wounded.

That could mean new gun laws.

Even President Trump signaled on Monday that he was willing to join a discussion on gun restrictions amid the national outcry for changes to gun control legislation.

"While discussions are ongoing and revisions are being considered, the president is supportive of efforts to improve the federal background check system," reads a statement from the White House.

Students in Florida are leading in the efforts for change, calling for a nationwide walkout and march next month.

Former Marjory Stoneman student Alexis Gayda said, "Everyone is impacted. Everyone knows someone that is connected, it will never be the same for anyone."

"It's kind of a national problem at this point," said Tallahassee High School student Jackson Barber. "There have been too many so quickly right in a row and to me it's important to show support."

More political and legislative solutions will be tried, but many laws and procedures are already on the books. They simply aren't followed, as in the case of the Texas church shooting late last year that left 25 people dead.

That gunman, Devin Patrick Kelley, had received a bad conduct discharge from the Air Force for assaulting his wife and child. In many instances of dishonorable discharge, the individual is not allowed to own guns. But the Air Force didn't put his conviction into a federal database – a move which could have stopped him from buying a gun.

Many warning signs this time around were also ignored.

A tip was reported to the FBI on January 5 that Nikolas Cruz might be planning a school shooting, but it was not passed along to the Miami field office to be investigated.

Students had also reported Cruz many times for his behavior.

Meanwhile, President Trump is scheduled to meet with high school students on Wednesday for a listening session followed by talks with state and local officials on school safety.