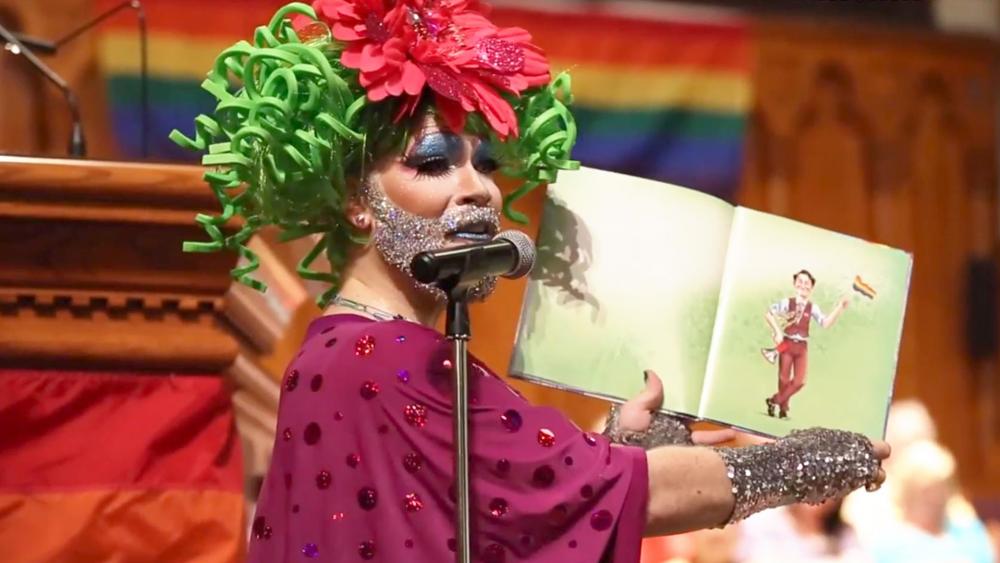 The building caretaker of a Presbyterian church in Cincinnati, Ohio dressed up in drag to read a book in scheduled children's time during the Sunday, June 16 worship service.

The Cincinnati Enquirer reports Dan Davidson dressed up as "Sparke Leigh" complete with a purple dress, makeup, high heels, and "a glitter beard" and stood at the Mount Auburn Presbyterian Church door greeting members and visitors.

Following the song "God Welcomes All" by the church choir, Davidson walked up on stage and read the book Pride: The Story of Harvey Milk and the Rainbow Flag to the audience. The story was intended for children, some of whom sat at Davidson's feet during the reading.

"Harvey dreamed that everyone — even gay people — would have equality," Davidson read. "He dreamed that one day, people would be able to live and love as they pleased."

Davidson has performed as a drag queen in Seattle, Washington, before he moved to Ohio last month, according to the newspaper.

At another point during the service, a man stood up and told the audience the story of his "coming out."

Mount Auburn Presbyterian, a member church of the PCUSA, is celebrating pride month throughout June, The Enquirer reported.  Gay pride flags cover the halls and rainbow candles are on the church's stage.

As CBN News reported earlier this month, a liberal church in Texas sponsored a drag queen story hour for children after the local library canceled the event.

KVUE in Austin reports that Open Cathedral Church in Leander rented a room in the public library and hosted the event scheduled for June 15. The church paid the fees to rent out the room, which is available to all members of the public to rent. At the time of publication, 400 people had responded that they planned to attend the event.

The church renamed the event from "Drag Queen Story Time" to "Leander Family Pride Festival," according to the television station.