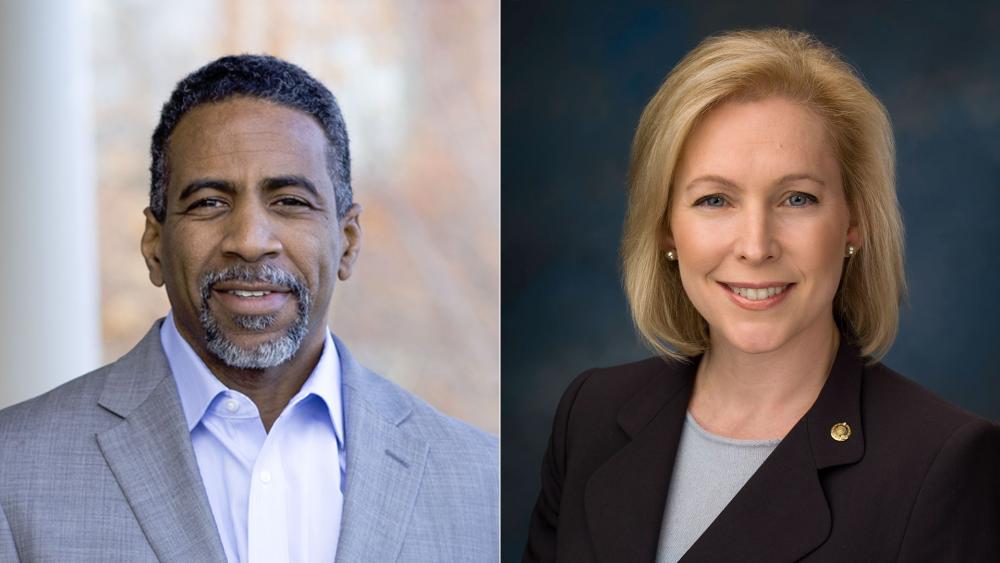 "I am not a racist," said Roland Warren, president and CEO of Care Net.
The leader of one of America's largest pro-life organizations is reacting to US Sen. Kirsten Gillibrand's (D-NY) controversial remarks that compared pro-life beliefs to racism, saying pro-life views are "not acceptable" and an African American. "This is not about race – it's about life. And the sanctity of life knows no color."

Gillibrand, who is pro-choice, responded to questions during a recent interview with the Des Moines Register about the appointment of judges and pro-life views:

"I think there's some issues that have such moral clarity that we have as a society decided that the other side is not acceptable. Imagine saying that it's okay to appoint a judge who's racist or anti-Semitic or homophobic," said Gillibrand, a US presidential hopeful in 2020.

Her comments unleashed a thoughtful, but hard-hitting response from Warren, who released a video on Facebook.

"Equated pro-life beliefs with racism," Warren said. "In other words, if you are someone like me who is pro-life, you are morally equivalent to a racist, with such dangerous, evil, and immoral beliefs that you should not be qualified for public office."

Gillibrand is known for her staunch support for abortion. The 52-year-old senator is trying to gain some traction while running in a very crowded field of Democratic presidential contenders.

Warren is hopeful that his response will reduce the likelihood of pro-choice public figures using the pain of past racism towards the black community to justify abortion.

"The irony is that the first and foremost blessing of liberty is life," Warren said. "Yet, Senator Gillibrand says that people who seek to protect lives who look like me are like racists.The problems with equating a pro-life worldview with racism do not end there. Racists did not want people who look like me to even exist."

Conservative civil rights leader Dr. Alveda King, niece of Martin Luther King, Jr., also went after Gillibrand's comments, telling Fox and Friends, "I need for her to understand that abortion is a civil wrong... And of course, if you're pro-life, you can't be racist because you're defending life for the most defenseless population on the planet -- the little babies in the womb."

King targeted that comment saying, "So today, here in the 21st century, we will have elected officials saying things like, 'Well it's better to kill them now in the womb then to kill them later when they grow up.' This kind of thinking is a misplaced compassion."

"Compassion does not require the death of anyone. Compassion brings life rather than death. There's a better way to serve women, the babies in the womb, the dads, the families, than to kill a person. We can deliver mercy without killing people," she said.

Dr. King was asked for her thoughts on women who believe that abortion is the only way to handle an unwanted pregnancy due to poverty. "Jesus fed the poor, Jesus didn't kill the poor. There has to be better solutions. There's a way to help people without killing them," she added.

"According to the Centers for Disease Control (CDC), nearly half of all pregnancies among black women end in abortion. More than 19 million unborn black babies have been aborted since the landmark Roe v Wade decision that established abortion as a legal right in 1973," Warren said.

1"According to Senator Gillibrand's logic, if you're the one against abortion, then you have to change," said Warren. "If she had her way, the only judges who would be appointed are the ones who support the ending of lives in the womb of people who look like me. That's supposed to create a better outcome for (the black) community and protect my community?"

Warren said Care Net would continue to speak out for the unborn. "All human life is precious and sacred. We are worthy of protection inside and outside the womb, and should be given the opportunity to enjoy the blessings of liberty. Our passion to defend life is not about denying freedoms, but ensuring them, especially for the most vulnerable," he concluded.