Let's Take a Closer Look at the Pro-LGBT Group Chick-Fil-A Will Now Be Funding: Mat Staver Responds to Franklin Graham 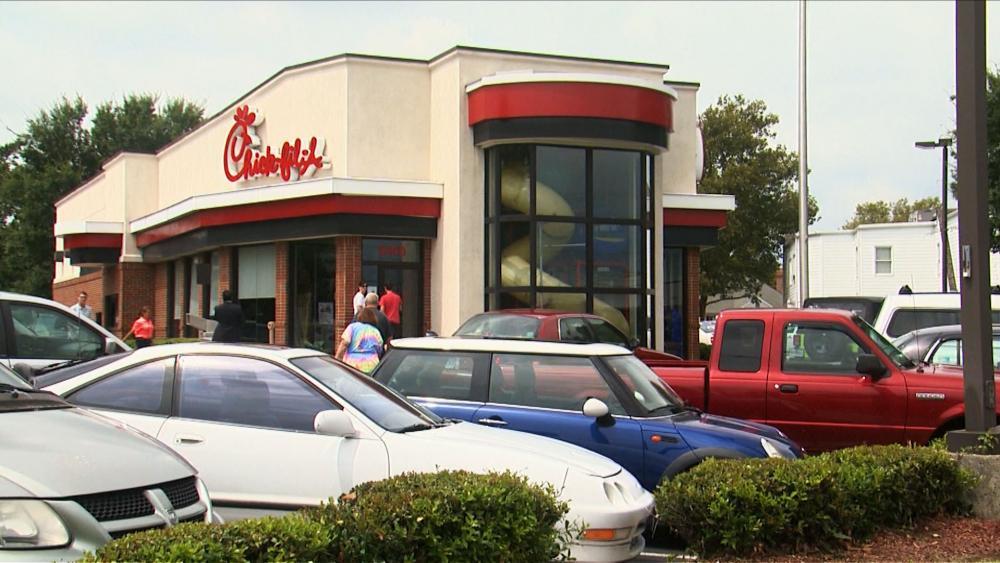 6109327892001
Let's Take a Closer Look at the Pro-LGBT Group Chick-Fil-A Will Now Be Funding: Mat Staver Responds to Franklin Graham

Editor's Note: As CBN News has reported, Chick-fil-A is facing widespread criticism for dropping financial support from several ministries it had aided after left-wing activists falsely labeled those ministries anti-LGBT. Evangelist Franklin Graham came to Chick-fil-A's defense, saying the restaurant chain founded on Christian principles is still dedicated to those principles. This open-letter from a top Christian attorney for religious freedom is a response to Mr. Graham and the broader concerns about what's at stake. The views expressed within do not necessarily reflect the views of CBN.

Franklin, you have done a huge disservice by not doing more investigation into Chick-Fil-A’s betrayal and capitulation to the LGBT agenda. While Dan Cathy may say the company has the same values, the company’s statements and actions tell a different story. The President and Chief Operating Officer, Tim Tassopoulos continues to serve as an advisor to the Atlanta Boy Scouts. This alone should raise a red flag considering the Boy Scouts also capitulated to the LGBT agenda. He stated: “There’s no question we know that, as we go into new markets, we need to be clear about who we are.” “There are lots of articles and newscasts about Chick-fil-A, and we thought we needed to be clear about our message.”

Tassopoulos, speaking of funding Covenant House, states: “This provides more focus and more clarity.” At least he is correct, and this clarity reveals the betrayal.

The founder of Covenant House, accused of being a Catholic priest pedophile, was sued for allegedly sexually abusing the youth who were seeking shelter and food. Covenant House proudly promotes LGBTQ on its website, referring to “LGBTQ Inclusion Initiatives,” and even doing an “inclusion assessment” at every one of its facilities.

Covenant House is recognized as a national funder of LGBTQ causes.

Chick-Fil-A dumps the Salvation Army because it wants to expand into new markets and now shuns originations the LGBT activists falsely call “anti-LGBT”, and then turns 180 degrees to announce that it will now fund Covenant House, a radical LGBTQ activist organization that celebrates homosexuality, transgenderism, and the entire LGBTQ agenda.

And, Covenant House does not stop at LGBTQ activism, it also takes girls to abortion clinics.

To save its own corporate skin, Chick-Fil-A has thrown good, biblical organizations under the bus and legitimized the false narrative of the LGBT activists. I attended a meeting yesterday in Washington, DC with national leaders, and, although the meeting was not about Chick-Fil-A, the leaders expressed outrage and betrayal over Chick-Fil-A’s betrayal.

But Chick-Fil-A’s betrayal of the Christian community will not satisfy the LGBT activists. These groups are calling for more, including employment benefits.

Chick-Fil-A voluntarily surrendered to gain entrance into more liberal communities. In doing so, the company has caused incredible damage to the greater Christian community.

Mat Staver is the founder and chairman of Liberty Counsel, a nonprofit, litigation, education, and policy organization dedicated to advancing religious freedom, the sanctity of life, and the family since 1989, by providing pro bono assistance and representation on these and related topics. Mat has filed numerous briefs and argued in many federal and state courts, including two landmark cases before the U.S. Supreme Court.