When it comes to freedom of speech, we're in the midst of a revival.

Last week, the Arizona Supreme Court ruled in favor of Phoenix artists Joanna Duka and Breanna Koski of Brush & Nib Studio, holding that the Arizona Constitution's Free Speech Clause does what it purports to do; namely, it "ensures that religious organizations and persons are given proper protection as they seek to teach the principles that are so fulfilling and so central to their lives and faiths, and to their own deep aspirations to continue the family structure they have long revered."

This ruling continues a trend back toward the fundamental freedoms of belief and expression that our nation was founded upon. It's a welcome change.

Not long ago, Tolerance 2.0 was in full swing. For the uninitiated, Tolerance 1.0 allowed for "the existence of opinions … that one dislikes or disagrees with." In contrast, Tolerance 2.0 seeks the homogenization of belief and expression, particularly as it relates to the government-approved orthodoxy regarding marriage and human sexuality.

Those who dissented by stubbornly clinging to their sincerely-held beliefs were to be punished. They were to be rebuked, reeducated, and (if successful) reintroduced to society as reformed. Alternatively, they were to be removed from polite society and the public square.

The examples are numerous, but include:

One by one, these men and women were forced to plead their cases before human rights commissions, as well as state and federal courts. They faced the possibility of fines, the loss of personal assets, or even prison. Some received death threats or were compared to Nazis. All were told some variation of this message: compromising your religious beliefs is "the price of citizenship."

But then Jack Phillips stood before the U.S. Supreme Court, and Justice Kennedy proclaimed that "tolerance is essential in a free society." I wrote at the time that Masterpiece Cakeshop would require that the justices "grapple with the question of what tolerance demands in a free society." The Court answered, in part, ruling that "the state in its position here has been neither tolerant nor respectful of Mr. Phillips' religious beliefs" and condemning the commission for "implying that religious beliefs and persons are less than fully welcome in Colorado's business community."

Many wondered what might come next. Would lower courts protect the constitutional freedoms of all Americans, or simply require future infringement on those freedoms to be undertaken with more respect (that is, with less overt hostility)?

We are starting to see the answer.

Just weeks ago on August 23, Blaine Adamson stood before the Kentucky Supreme Court and asked it to rule that Americans need not surrender their First Amendment rights of expression and belief when they enter the public square. Two lower courts in the state have already ruled in favor of Blaine and his company, Hands On Originals. It's very possible the Kentucky Supreme Court will uphold those decisions.

On that same day, the 8th Circuit Court of Appeals ruled in favor of Carl and Angel Larsen, holding that "the First Amendment allows the Larsens to choose when to speak and what to say." The Larsens seek to make films about God's design for marriage as a lifelong union of one man and one woman, but a state law demands that if the Larsens produce such films, they must also create films celebrating same-sex marriage. The court's ruling instructs the trial court to reconsider whether the Larsens are entitled to a preliminary injunction preventing enforcement of the law.

The ruling in Arizona gives defenders of freedom additional cause to rejoice. It recognizes that, while Christian professionals like Joanna and Breanna happily serve all people, they are unable to express messages that conflict with their faith. The Court held:

"Plaintiffs must, and they do, serve all customers regardless of their sexual orientation. …But no law, including a public accommodations law, is immune from the protections of free speech and free exercise. …The enduring strength of the First Amendment is that it allows people to speak their minds and express their beliefs without government interference. But here, the City effectively cuts off Plaintiffs' right to express their beliefs about same–sex marriage by telling them what they can and cannot say."

Time will tell if this trend continues. Barronelle Stutzman loves her longtime customer and friend Rob Ingersoll, but she was sued when she respectfully declined his invitation to help celebrate his same-sex ceremony, and now faces the loss of everything she owns. She may be headed back to the U.S. Supreme Court. Meanwhile, Jack Phillips remains embroiled in the latest attack on his faith and livelihood. It remains to be seen whether freedom of belief and expression will prevail in his case.

Any good revival doesn't just begin…it endures. Let's hope this recent free speech revival turns out to be a good one.

James Gottry is an attorney and Vice President of Public Policy for the Dr. James Dobson Family Institute. 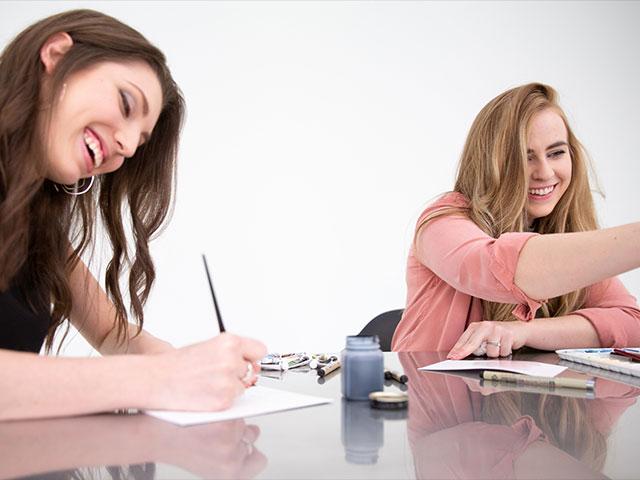