Eric Metaxas: Beyond Bible Burnings, Why Christians Should be Alarmed by Assault on Western Values 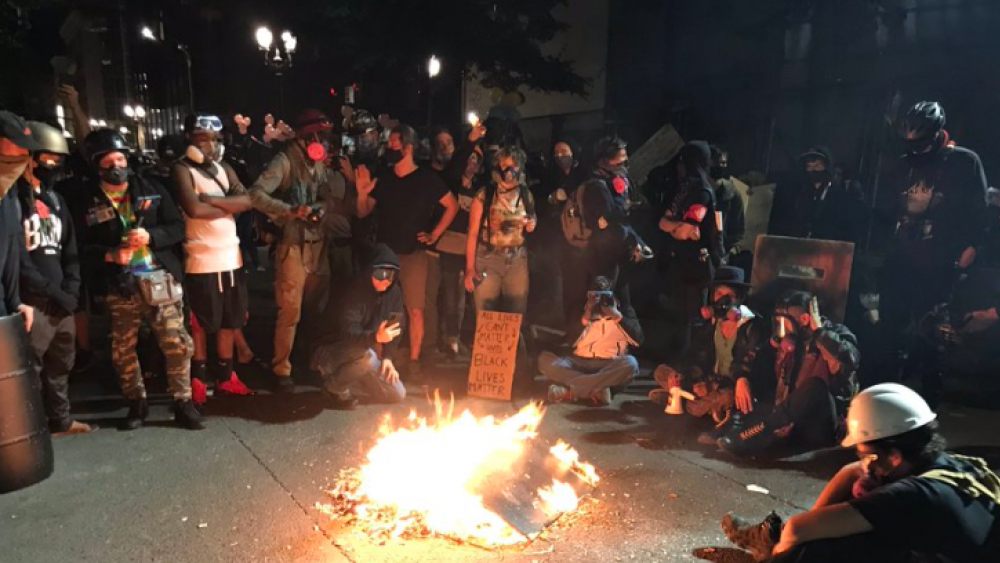 Image Source: Twitter Screenshot/Danny Peterson
6180842008001
Eric Metaxas: Beyond Bible Burnings, Why Christians Should be Alarmed by Assault on Western Values

Violent riots, looting, flag and Bible burnings, restrictive measures against churches, and the cancel culture – are these signs that America is abandoning its Judeo-Christian roots?

Appearing on this week's episode of the Global Lane, author and radio host Eric Metaxas says these recent developments are wake-up calls for the body of Christ. And when demonstrators recently burned Bibles near the federal courthouse in Portland, Metaxas says it wasn't necessarily an act targeting Christians.

"This has little to do with Christians. The Bible is the book that gave us the West. In other words, whether you're an atheist, or an agnostic, or a Muslim, or a Christian, or a Jew and you live in a place like the United States of America, it's because people took ideas from the Bible," Metaxas explained. "These are God's ideas, about self-government and liberty, and about having a relationship with the Creator where I govern myself."

And that led to freedom and tremendous prosperity, human flourishing, and the elevation of human dignity Metaxas said. That's why the actions of Antifa and other milItants violently pushing a socialist-Marxist ideology on society should concern all Americans.