'I Was Terrified': These Students Endured Religious Discrimination, Trump Invited Them to Share Their Stories 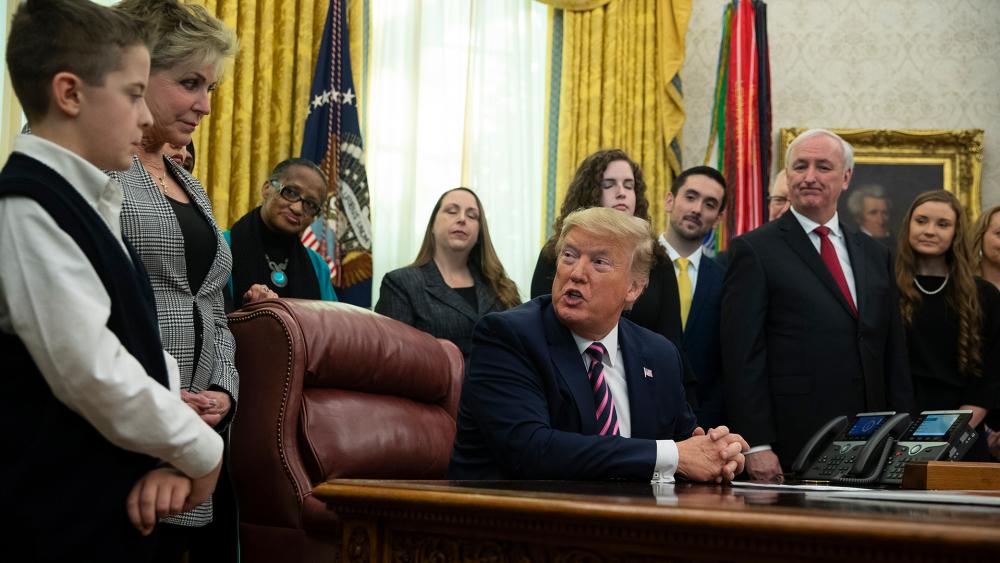 President Donald Trump speaks during an event on prayer in public schools, in the Oval Office of the White House, Thursday, Jan. 16, 2020, in Washington. (AP Photo/ Evan Vucci)
6124431287001
'I Was Terrified': These Students Endured Religious Discrimination, Trump Invited Them to Share Their Stories

WASHINGTON, DC - President Donald Trump welcomed a group of students, teachers, coaches and religious freedom activists with various faith backgrounds to the White House Thursday to share their experiences as he presented a plan from his administration to protect religious freedom in public schools.

He unveiled new federal guidelines Thursday to protect the constitutional right to pray in public schools.

He told CBN News' David Brody, "You do have things happening today that 10 or 15 years ago would have been unthinkable, what's happening." During the event, students and teachers shared their stories about fighting for faith at school.

Hannah Allen: Told Not to Pray by Her Principal

Hannah Allen, a student from Texas shared that she and a group of students from her school wanted to pray for a former classmate's brother who had been hurt in an accident.

"After the prayer, our principal told us, 'Don't do that again'," Allen shared, saying the next day her parents called and complained. "No one should feel ashamed of their faith, especially in school or anywhere," she said.

Marilyn Rhames founded an organization called Teachers Who Pray. She says she was overwhelmed with the heaviness of working in Chicago Public Schools, losing students every year to gun violence. She spoke of wanting the freedom to pray to uplift her spirit so that she can continue the work God has called her to do.

"I'm here to tell teachers that we need to pray for your faith. We need to pray. We need to buckle and just do what we have to do for our kids because they need us and they're depending on us," Rhames said.

Nine-year-old William McLeod, of Utah, stood behind President Trump during the remarks, then asked if he could share his story.

"It was Ash Wednesday and I had my ashes on my forehead, and all the kids in the classroom was like, 'Is that dirt on your forehead?' Because they don't know, because they aren't Catholic."

"I was like the only Catholic in that school. So then the teacher came up and was like, 'It's unacceptable. Wipe it off.' And I told her four times, and she didn't listen and she made me wipe it off in front of all the kids," McLeod shared.

The President encouraged McLeod saying, "Well, it's not going to be happening anymore. Okay?" Chase Windebank of Colorado spoke of a small prayer group he started that eventually grew to a community of 90 students. He thanked President Trump for his efforts.

Malak Hijaz, a student from California spoke of how she was discriminated against for being Muslim. "I pray five times a day and I have to pray at lunch. And I would bring the hijab to cover my hair and kids would make fun of me, harass me, and attack me."

Ariana Hoblin, a student from Florida, was emotional as  she shared her story. She said she is the only Jewish person at school and is very open with her religion. She says she was harassed.

"The students started to write swastikas on my belongings, on my arms. I was pushed and shoved in the hallway. They even went so far as to take my face and put it on Anne Frank's body. And it was sent around to three different schools.  And I was terrified to say I was Jewish."

Hoblin said that was three or four years ago, when she was in middle school. Things are better now at her high school, and she is still proudly sharing her faith, now people are supportive of her. "Anyone in school should be able to say, 'I am what whatever religion I am.  And I practice this and I believe this'," Hoblin said.

Coach Joe Kennedy: Fired for Praying with His Team

Joe Kennedy, a football coach from Washington state was fired for praying with his team after games. He thanked the President for his efforts to fight for religious freedom. Here's Coach Kennedy's story.

Emily Chaney: Forced to Take Down Her Prayer Locker

Emily Chaney, a student from Kentucky spoke about a prayer locker she started at her school. She said it helped kids who had different prayer requests to know someone was there for them, and cared for them. Chaney said Americans United for Separation of Church and State sent a letter to the school board that the prayer lockers needed to be taken down.

"And whenever my teacher told me my school was notified that I had to take my prayer locker down, I was heartbroken, because I had like 10 prayer requests a day," Chaney said, adding she felt like the prayer locker had helped move in her community and school. 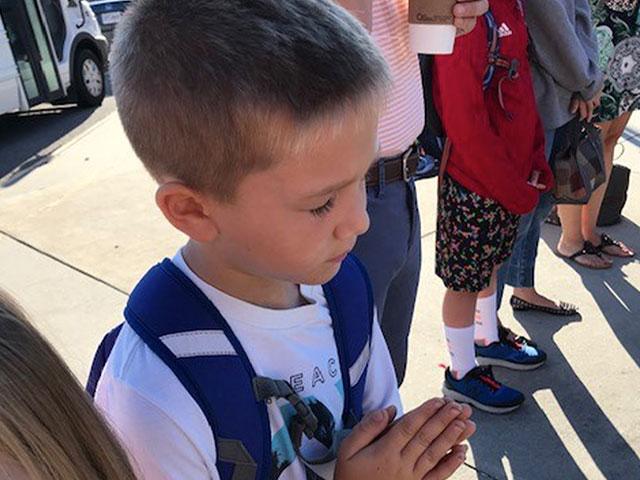 Trump Fighting to Put Prayer Back in Schools: 'We Will Not Allow Faithful Americans to Be Bullied'