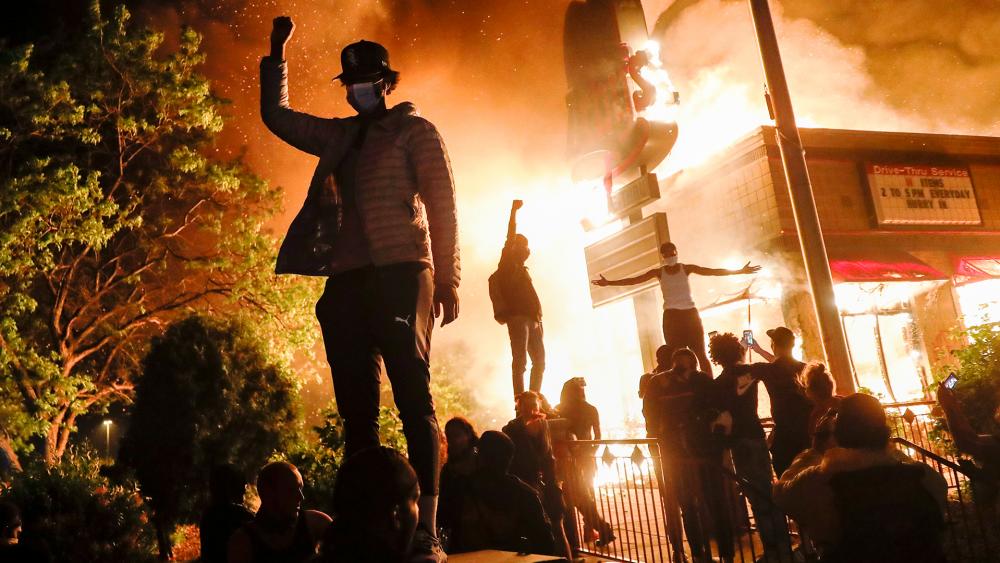 A leader for the Black Lives Matter movement said Wednesday he believes Jesus “is the most famous black radical revolutionary” during the same interview in which he said wants “black sovereignty by any means necessary.”

Hawk Newsome, head of Black Lives Matter of Greater New York, told Fox News anchor Martha MacCallum he wants to “burn down the system” if the country “doesn’t give us what we want.”

When MacCallum asked him about his comfortability with using violence to advance his cause, Newsome told her the U.S. “is built upon violence” and likened it to “self defense.”

“It seems to be the hypocrisy of America that when black people start talking about arming themselves and defending themselves, the talk is violent, but when white people grab assault rifles and go to our nation state capitals, it’s all good,” he said.

Of course, the Fox News host wasn’t concerned with Newsome or anyone else being armed. Rather, she was asking about his repeated vows to “burn it down.”

NY BlackLivesMatter chairman @IamHawkNewsome tells @marthamaccallum: "If this country doesn’t give us what we want then we will burn down the system and replace it — I can be speaking figuratively, I can be speaking literally." pic.twitter.com/mLMJv9oNvc

“If this country doesn’t give us what we want then we will burn down the system and replace it,” Newsome answered. “All right. And I could be speaking figuratively, I could be speaking literally. It’s a matter of interpretation. Like, let’s be very real and observe the history of the 1960s. When black people were rioting we have their highest growth and wealth and property ownership.”

He went on to tell MacCallum: “I just want black liberation and black sovereignty, by any means necessary.” Sovereignty, it should be noted, is a synonym for supremacy.

READ The Shocking Truth About the 'Marxists' Behind Black Lives Matter Organization: 'No Forgiveness, No Reconciliation'

In response, the Black Lives Matter leader said he “loves the Lord.”

“And my Lord and Savior, Jesus Christ, is the most famous black radical revolutionary in history,” he continued. “He was treated just like Dr. King. He was arrested on occasion, and he was also crucified or assassinated. This is what happens to black activists, we are killed by the government.”

"Jesus Christ is the most famous black radical revolutionary in history." pic.twitter.com/qV98i4w8rN

“And it’s just the hypocrisy and the white supremacy in America and in the world that show us portraits of a pasty, white Jesus,” he said. “Jesus was not white, we all know this.”

While noting that Christians of all skin tones and nationalities often portray Jesus in different ways, she acknowledged it is, of course, common knowledge He was born and raised in the Middle Eastern world.

“So, he wasn’t a white man,” Newsome kept pressing. “We all know that, right?  We all know Jesus wasn’t white, right?”