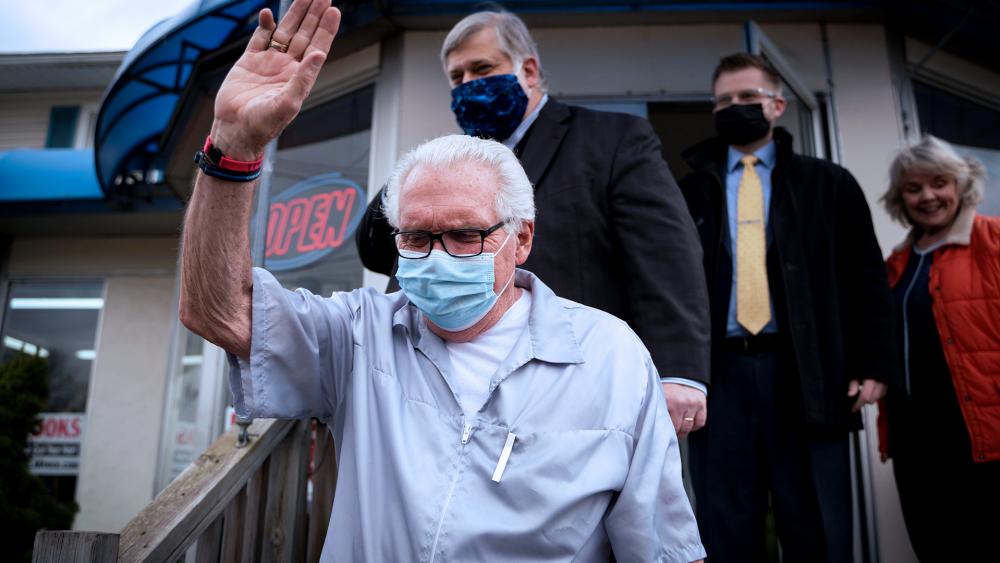 Karl Manke, the 77-year-old Michigan barber who became a household name earlier this year when he defied Gov. Gretchen Whitmer’s (D) strict lockdown orders, “has been vindicated,” according to his lawyer.

“Our client’s thrilled and pleased that he’s been vindicated,” said David Kallman, the attorney representing Manke.

Karl Manke, the Owosso barber who was charged for violating the governor's executive orders, is claiming victory today with his legal team after his criminal record was wiped clean.

The Owosso-based barber re-opened his shop in May despite Whitmer’s unilaterally imposed lockdown, vowing to keep his business running “til Jesus comes.”

“[The shutdown] collapsed me, mentally, physically, and spiritually,” he said at the time. “I was in despair. I had to go back to work…I don’t have anybody paying me unless I’m doing work.”

In an attempt to punish Manke for his defiance to state restrictions, the Whitmer administration tried to prosecute the local entrepreneur for violating the Democratic governor’s demands. The government issued a cease and desist letter, filed two misdemeanor charges against Manke, and indefinitely suspended his business license.

Faithwire: Michigan Gov. Gretchen Whitmer: Vote for Biden If You Want to Go Back to Church

Manke’s story quickly spread around the internet, resulting in an outpouring of support from people across the country. The barber’s stand against Whitmer ultimately led to a protest at the Michigan state capitol, where fellow barbers offered free haircuts to demonstrators.

In early October, the Michigan high court ruled Whitmer’s far-reaching, indefinite lockdowns were an “unlawful delegation of legislative power to the executive branch in violation of the Michigan Constitution.”

“Based on that ruling, we didn’t feel the charges could go forward,” explained prosecutor Scott Koerner.

The decision to drop the charges, Manke told a local news outlet, “is definitely a weight off my shoulders.” He added, “I just want to earn a living, and I am not a health threat to anyone.”

Manke’s business license was restored in June. However, he is still fighting to have a complaint against his license removed. Kallman has asked Michigan Attorney General Dana Nessel to dismiss it.