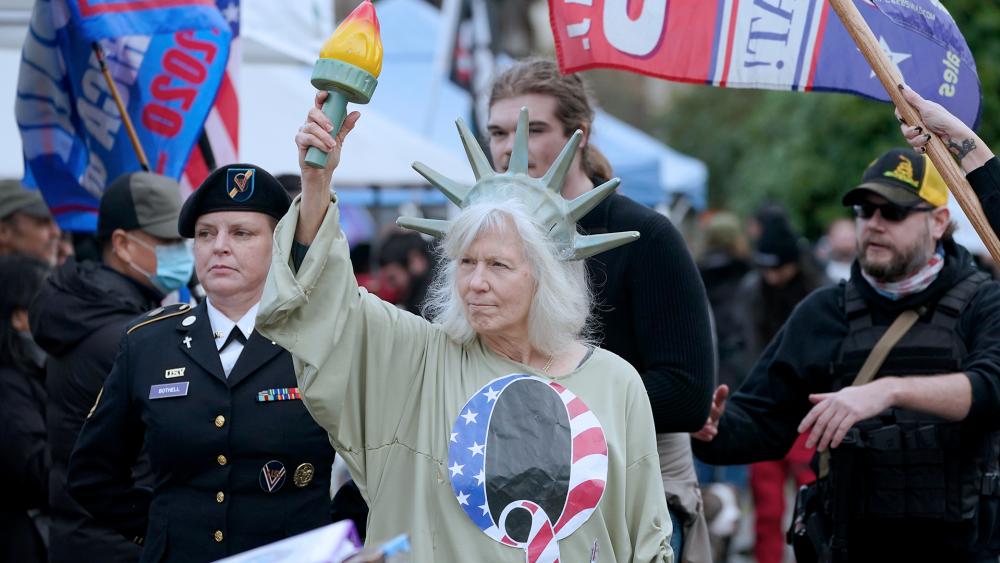 A person dressed as Lady Liberty wears a shirt with the letter Q, referring to QAnon, at a protest, Jan. 6, 2021, at the Capitol in Olympia, Wash. (AP Photo/Ted S. Warren)
6222861284001
Pastors Call on Christians to Ditch the Fear and Political Conspiracy Theories

Political conspiracy theories helped fuel last week's Capitol Riot, and some continue to spread, even in the church. Now, key pastors are stepping up to condemn them as dangerous lies.

The widespread growth of conspiracy theories in 2020 has affected or involved various churches, leading a number of prominent pastors to speak out, urging their followers to think carefully about what they believe, and what they post.

On Tuesday, Pastor Tony Suarez – one of President Trump's faith advisors and a leader of the National Hispanic Christian Leadership Conference – said it's gone far enough.

He called out specific conspiracy theories and asked those spreading them to apologize. "This is not the outcome I personally wanted. With that said, I cannot sit back and watch conspiracy after conspiracy be shared and not speak out," he said on Facebook.

Suarez pointed out some of the big ones, saying, "In the last week specifically and again, I don't want to put a fake number on it but untold numbers of shares, of text messages, phone calls, YouTube videos or different kinds of videos claiming everything from martial law to the Insurrection Act being enacted, that President Trump is hiding in a military base in Texas."

"These conspiracies are simply that...conspiracies. There is no truth to them. I don’t blame those asking questions and even sharing the posts/emails, as I believe they do it out of sincere concern for the country but the producers of these emails and videos should not be trusted," Suarez said.

Last week, Southern Baptist spokesman Russell Moore told CBN News we shouldn't be surprised by the growth of the misinformation. "It's a good business model to keep people in a constant state of outrage and to frame every single issue and every single moment as an apocalyptic moment," Moore said.

Republican Congressman Adam Kinzinger is pushing Christian leaders who may have contributed to this spread to apologize. Kinzinger initially included claims of a stolen election as a conspiracy.

Suarez says he supported election recounts and has no problem with pastors who did as well. Now, he says, it's time to accept the election results. "At some point, we have to accept the results and move on and that's difficult for some," he said.

WHAT ABOUT QANON?  The Church and Conspiracy Theories: Good People, Wrong Path

And as Ed Stetzer with the Wheaton College Billy Graham Center points out, Jesus is the truth, and when believers promote falsehoods or information without validation, they discredit the gospel.

Stetzer said, "When we're gullible and easily fooled. when we're the people who are posting conspiracies and the next thing saying 'oh the resurrection is true, all those conspiracies are too' – it undermines our witness. It causes people to question our credibility."

Dr. Moore told pastors it's easy to crave controversy and combat. But we're called to be reasonable and avoid being driven by fear. 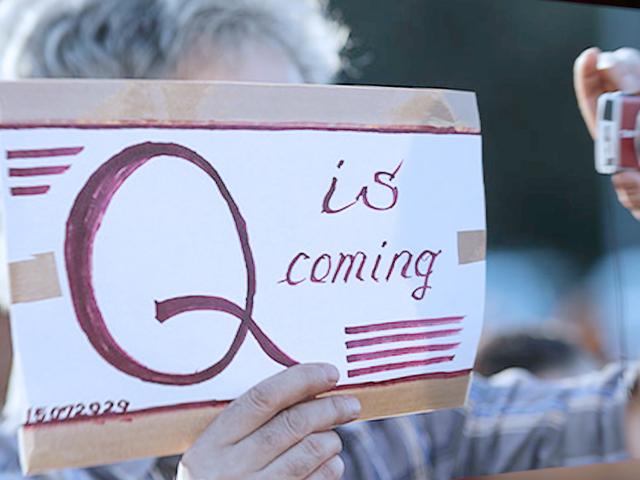