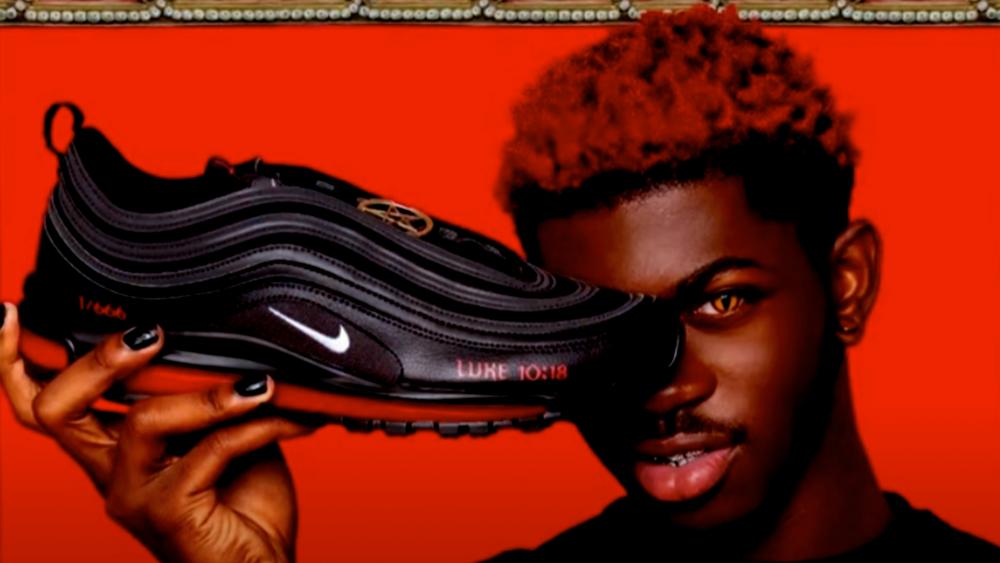 The shoe design, which was a collaboration with "Old Town Road" rapper Lil Nas X, was crafted using pairs of Nike Air Max 97s. MSCHF reportedly included a drop of actual human blood in each shoe it modified.

"We don't have any further details to share on pending legal matters. However, we can tell you we do not have a relationship with Lil Nas X or MSCHF. The Satan Shoes were produced without Nike's approval or authorization, and Nike is in no way connected with this project."

Nike is suing MSCHF for their Satan Shoes that dropped today. Below is their case filing with some of the complaints: pic.twitter.com/5mwmptK4pW

In the lawsuit, Nike requests that the court "immediately and permanently stop MSCHF from fulfilling all orders for its unauthorized Satan Shoes."

The shoe decorations include a Bible scripture reference of Luke 10:18, which refers to Satan's fall from heaven, an upside-down cross, and a pentagram attached to the shoelaces.

Lil Nas X is not mentioned as a defendant in Nike's lawsuit. Shortly before the launch of Satan Shoes, the rapper released a shocking music video that depicts him coaxing Satan in an attempt to steal his horns.

The shoes were made available for purchase on March 29 for $1,018 a pair. MSCHF issued a limited quantity of the shoes - only 666 pairs - which sold out shortly after its release, according to Fox Business.

Additionally, people see Nike's well-known white swoosh that adorns the side of each shoe, leading some to believe that the company supports the accompanying demonic design elements.

"Nike has not and does not approve or authorize MSCHF's customized Satan Shoes," the lawsuit reads. "Moreover, MSCHF and its unauthorized Satan Shoes are likely to cause confusion and dilution and create an erroneous association between MSCHF's products and Nike. In fact, there is already evidence of significant confusion and dilution occurring in the marketplace, including calls to boycott Nike in response to the launch of MSCHF's Satan Shoes based on mistaken belief that Nike has authorized or approved this product."

CBN News reached out to MSCHF for comment about the lawsuit. MSCHF sent us a statement saying, "We are not affiliated with Nike, as we have consistently iterated to the press. We were honestly surprised by the action Nike has taken, and immediately after Nike's counsel sent us notice we reached out but received no response."

"MSCHF strongly believes in the freedom of expression, and nothing is more important than our ability, and the ability of other artists like us, to continue with our work over the coming years," MSCHF said in a statement. The organization pointed out they also made "Jesus shoes" a year ago, but then went on to say, "Satan is as much part of the art historical canon as Jesus, from Renaissance Hellmouths to Milton. Satan exists as the challenger to the ultimate authority. We were delighted to work with Lil Nas X on Satan Shoes and continue this dialogue." 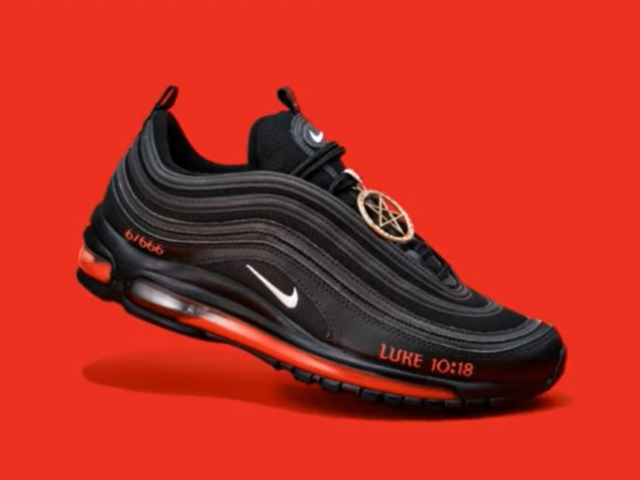