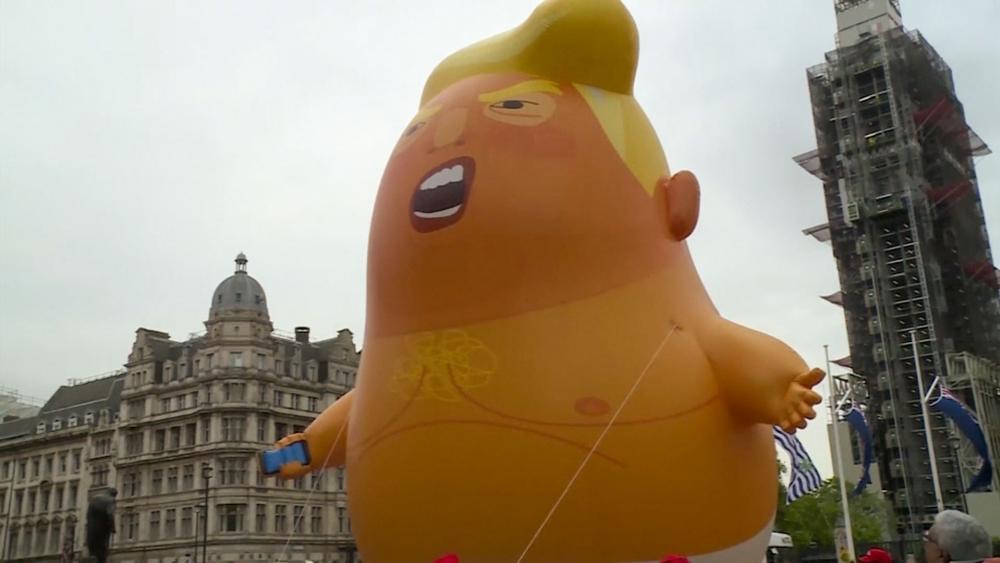 It's clear that Donald Trump drives the British Left crazy.  But while they were out in full force protesting, the president seemed to have a smoother than expected trip.

From Trump impersonators to street scuffles and protestors chanting, "NO TRUMP, NO KKK, NO FASCIST USA", anti-Trump forces created quite a scene.

Americans never make this much fuss when British leaders visit. But the British Left has hated the last several Republican presidents, and street fights were breaking out in Whitehall between leftists and Trump supporters in their "MAGA" hats.

Protestor Gareth Murphy said of Trump, "I think the man's a danger to the world. You know, his foreign policy, his behavior."

But Trump supporters also took to the streets. Their crowds didn't get much media coverage, but one Facebook video shows a huge street rally in the UK chanting "We Love Trump."

Chris Doyle, a Trump fan from Manchester, said, "I see him as one of the world leaders that I can actually relate to as a working class citizen. He a businessman himself. He knows how to be successful. He knows what he wants and he speaks the truth."

While the London police had their hands full with the protests, the president was smoothing over his past criticism of Prime Minister Theresa May, expressing thanks for his royal welcome from the queen and calling it "very, very special."

Trump tried to compliment May over her failed attempts to secure a Brexit deal, which has led to her planned resignation as prime minister in a few days.

"I would have sued (the EU) and settled maybe. Perhaps you won't be given the credit you deserve," Trump told May.

Trump also said Britain and the US would be able to strike a "phenomenal trade deal" once the UK left the European Union, with the president calling the US-UK "special relationship" the "greatest alliance the world has ever known."

Trump praised Conservative lawmaker Boris Johnson, who is campaigning to replace May as leader of the Tory Party. He also met with Brexit Party leader Nigel Farage, who might also run for prime minister.

But he turned down a requested meeting from Labour Party leader Jeremy Corbyn, and hit back at one of his most vocal critics, London Mayor Sadiq Khan, saying "He's done a poor job."

And as for that 20-foot-tall, diaper-clad "Trump baby" blimp flying over London, the president simply brushed it off.

He told reporters, "I heard that there were protests. I said, 'Where are the protests? I don't see any protests.' I did see a protest today when I came...very small."

READ: 'Thy Will Be Done, Almighty God': Trump Prays FDR's D-Day Prayer at Ceremony in England 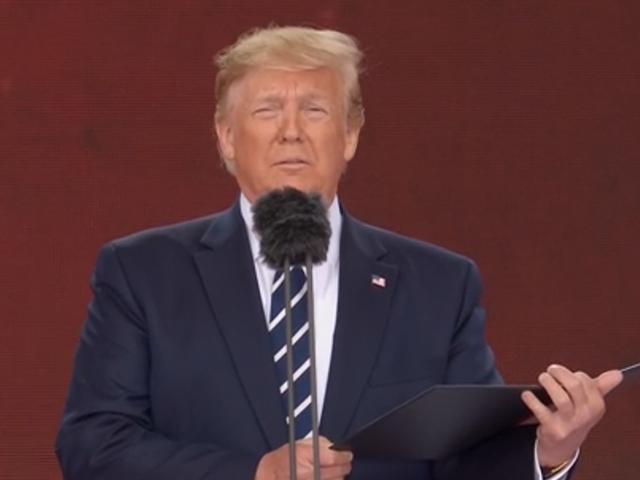 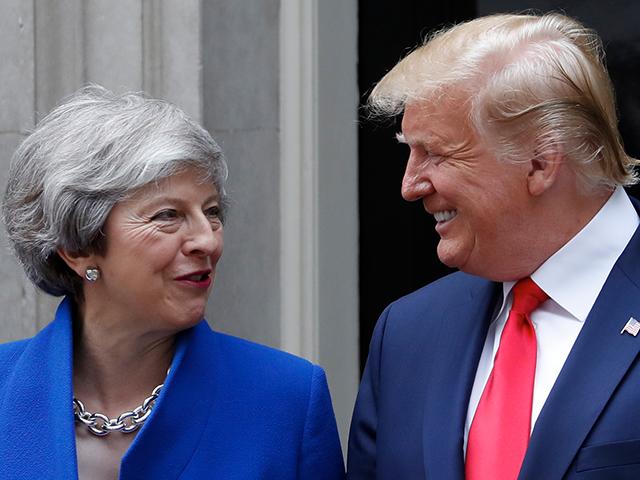