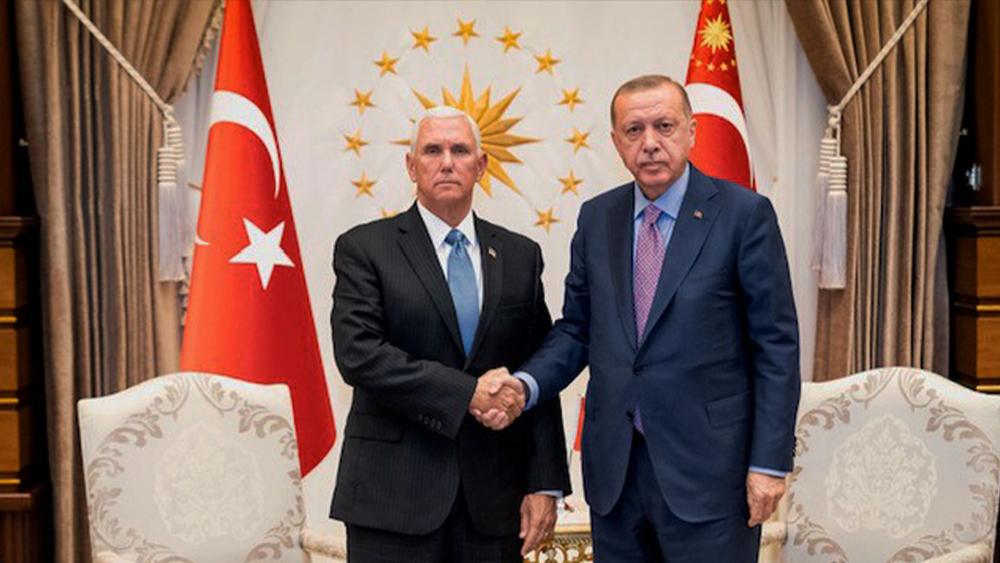 ALERT: VP Pence announced Thursday afternoon that the US and Turkey have reached an agreement toward a ceasefire...

After facing heat from critics on every side over the pullout of US troops from Syria, President Donald Trump announced a deal has been reached with Turkey.

Great news out of Turkey. News Conference shortly with @VP and @SecPompeo. Thank you to @RTErdogan. Millions of lives will be saved!

Pence said there will be a 5-day ceasefire to allow Kurdish troops, who are US allies, to evacuate from the area. He said there's also an agreement to protect religious minorities in northern Syria. After that initial ceasefire, a more enduring ceasefire is going to kick in, based on the negotiations.

"The United States did not support Turkey's military action," Pence stated. "President Trump made that clear."

He said the United States is committed to implementing a safe zone in northern Syria.

Turkey began invading northern Syria after President Trump began withdrawing US troops from Syria. The president had doubled down to defend his move, downplaying Turkey's military invasion of the region even as his top aides were sent on an emergency mission to try and defuse that growing conflagration inflicted by Turkey's authoritarian leader.

Now Vice President Pence and Secretary of State Pompeo have worked with Turkish leaders to convince them to back down from the bloodshed. The meeting in Turkey comes one week after President Trump announced the withdrawal of US troops from northern Syria. The move opened the door for Turkey to invade and attack Kurdish forces who are former US allies in the fight against ISIS.

Trump has stood by his decision to withdraw US troops saying it comes down to a land dispute that doesn't involve the United States. He also says he's fulfilling a campaign promise to bring American troops home. "Turkey is taking land from Syria. Syria is not happy about it," he said Wednesday. "Let them work it out."

Meanwhile, Trump has been facing another type of battle on the home front, tweeting pictures from a heated White House meeting with Democrat leaders Wednesday.

"Do you think they like me?" he wrote, referring to top Democrats who later walked out of the meeting, charging the president with insulting House Speaker Nancy Pelosi (D-CA). Pelosi is not only trying to impeach him, she had also just passed a House resolution condemning him for what's happening in Syria.

"What we witnessed on the part of the president was a meltdown," Pelosi told reporters. "Sad to say."

GOP members who were there had a different take on what happened. "I see a pattern of behavior with Speaker Nancy Pelosi," Rep. Kevin McCarthy (R-CA) said. "She storms out of another meeting, trying to make it unproductive. The other Democrats stayed and actually had a very productive meeting."

Pelosi said Trump was "shaken" by a vote earlier on the House floor to condemn his Syria decision.

"I am looking for President Trump to change this. I will do anything I can to help him, but I will also become President Trump's worst nightmare," Graham had said. "I will not sit along the sidelines and watch a good ally, the Kurds, be slaughtered by Turkey and watch Iran move in to Syria and become another nightmare for Israel. This is a defining moment for President Trump. He needs to up his game."

Trump fired back after he heard Graham's comments. "Lindsey Graham would like to stay in the Middle East for the next thousand years," said Trump.

On the ground in Syria, the Kurds claim Turkish forces are using banned chemical weapons, like napalm and white phosphorous. 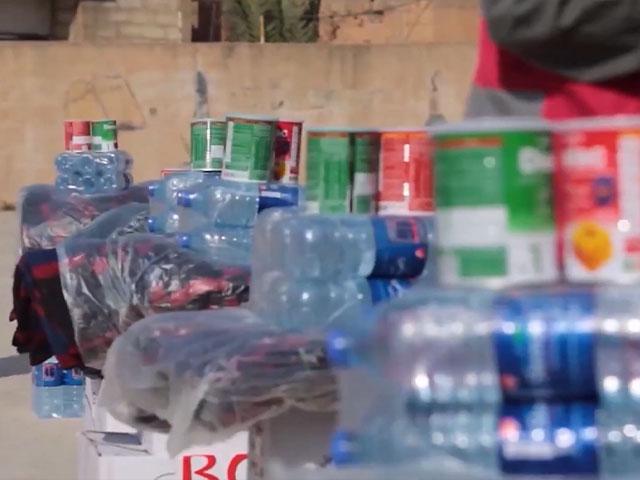