WASHINGTON, DC - In an interview with CBN News, Franklin Graham says he spoke to Vice President Mike Pence about the perilous situation in Syria, and Graham says he respects President Donald Trump's decision to remove US troops from harm's way.

"I have communicated with the Vice President," Graham tells CBN News. "The decision has been made and the President certainly had his reasons and I respect his decision. Now we have to deal with the fallout."

When President Trump made the decision to pullback American troops in the region last week, Graham, who is a close personal friend of the president, called on Trump to reconsider the move, citing the real possibilities of ethnic cleansing and religious persecution. Since then, there has been evidence on the ground that Turkey is doing exactly that.

"Hopefully the President can persuade the Turkish military to stop and have possibly a cease-fire because there are so many civilians caught in this," says Graham. "The Turks are talking about putting in a safe zone and I really doubt those are their intentions. I think they want to take the entire border of Syria so there will be hundreds of thousands of more people (as refugees) if that's the case."

WANT MORE News from the Christian Perspective? Click Here for One of Our Free Emails

Graham also told CBN News that in the next 24 hours or so, his Samaritan's Purse organization will be sending relief items to the area to provide humanitarian aid.

He said now is not the time for playing armchair quarterback.

"I just don't want to try to second-guess them," Graham tells CBN News. "There are a lot of other factors that are involved in his decisions. There's tens of thousands of Americans that live in Turkey, we have bases in Turkey, they're part of NATO, we have agreements with Turkey. So I understand, we have those types of relationships. The President has said he wants a cease-fire. I think he's been very direct on that and I think he will do what he can."

PART 2: Franklin Graham: 'The Left, the Socialists Have Made It Very Clear That They Stand Against the Church'

You can watch more of the interview on Tuesday night's edition of Faith Nation on the CBN News Channel. 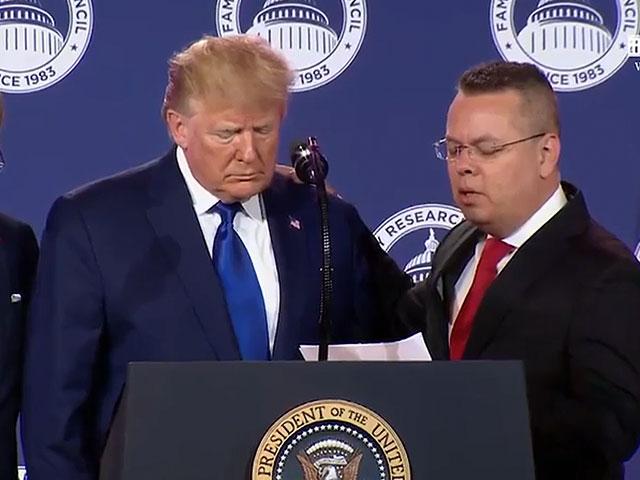